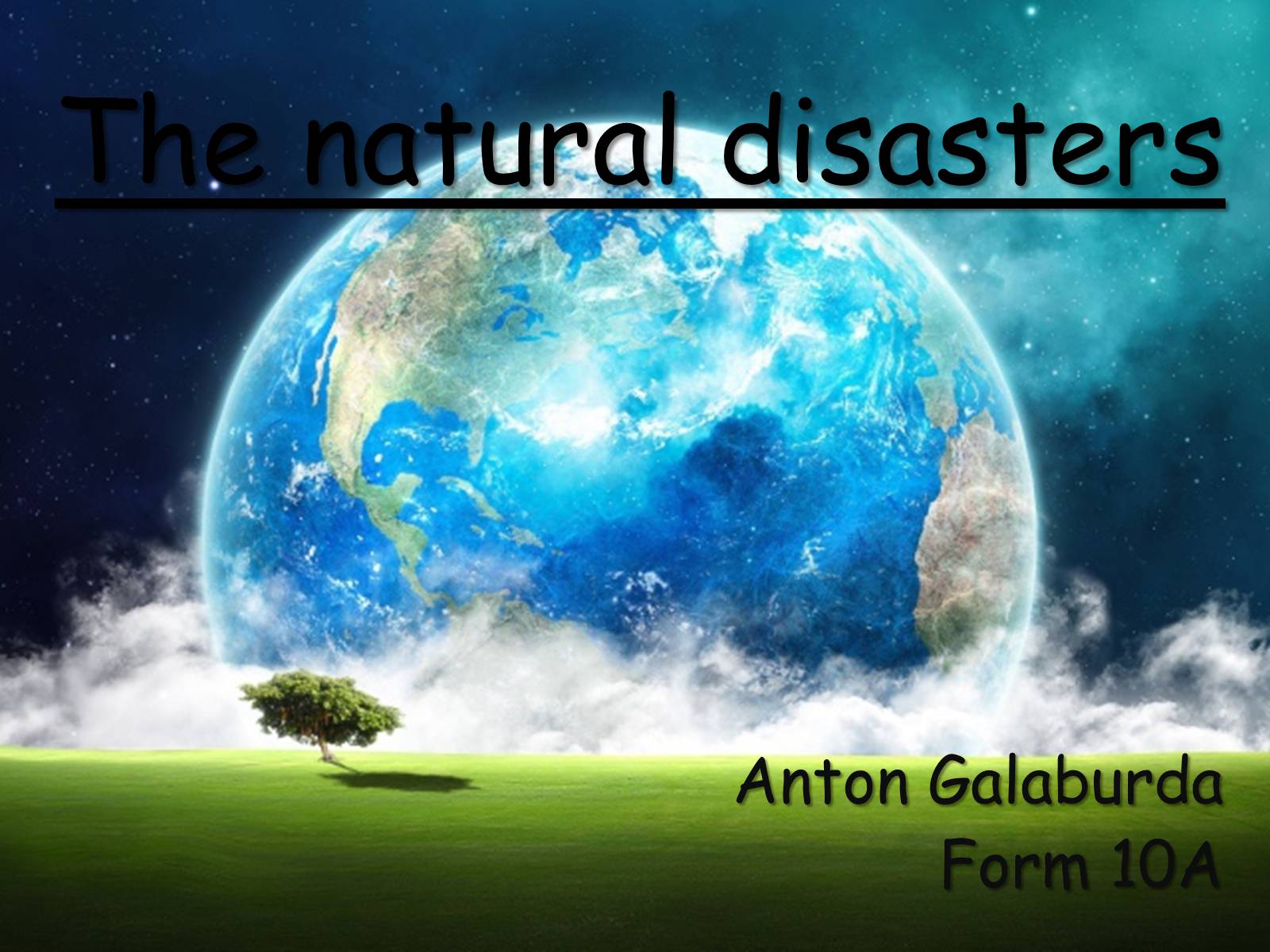 A natural disaster is a major adverse event resulting from natural processes of the Earth; examples include floods, volcanic eruptions, earthquakes, tsunamis, and other geologic processes.
A natural disaster can cause loss of life or property damage, and typically leaves some economic damage in its wake, the severity of which depends on the affected population's resilience, or ability to recover.
In 2013, there were 905 natural catastrophes worldwide, 93% of which were weather-related disasters. Overall costs were US$170 billion and insured losses $70 billion. 2013 was a moderate year. 45% were meteorological (storms), 36% were hydrological (floods),12% were climatological (heat waves, cold waves, droughts, wildfires) and 7 % were geophysical events (earthquakes and volcanic eruptions). Between 1980 and 2014 geophysical events accounted for 14% of all natural catastrophes. 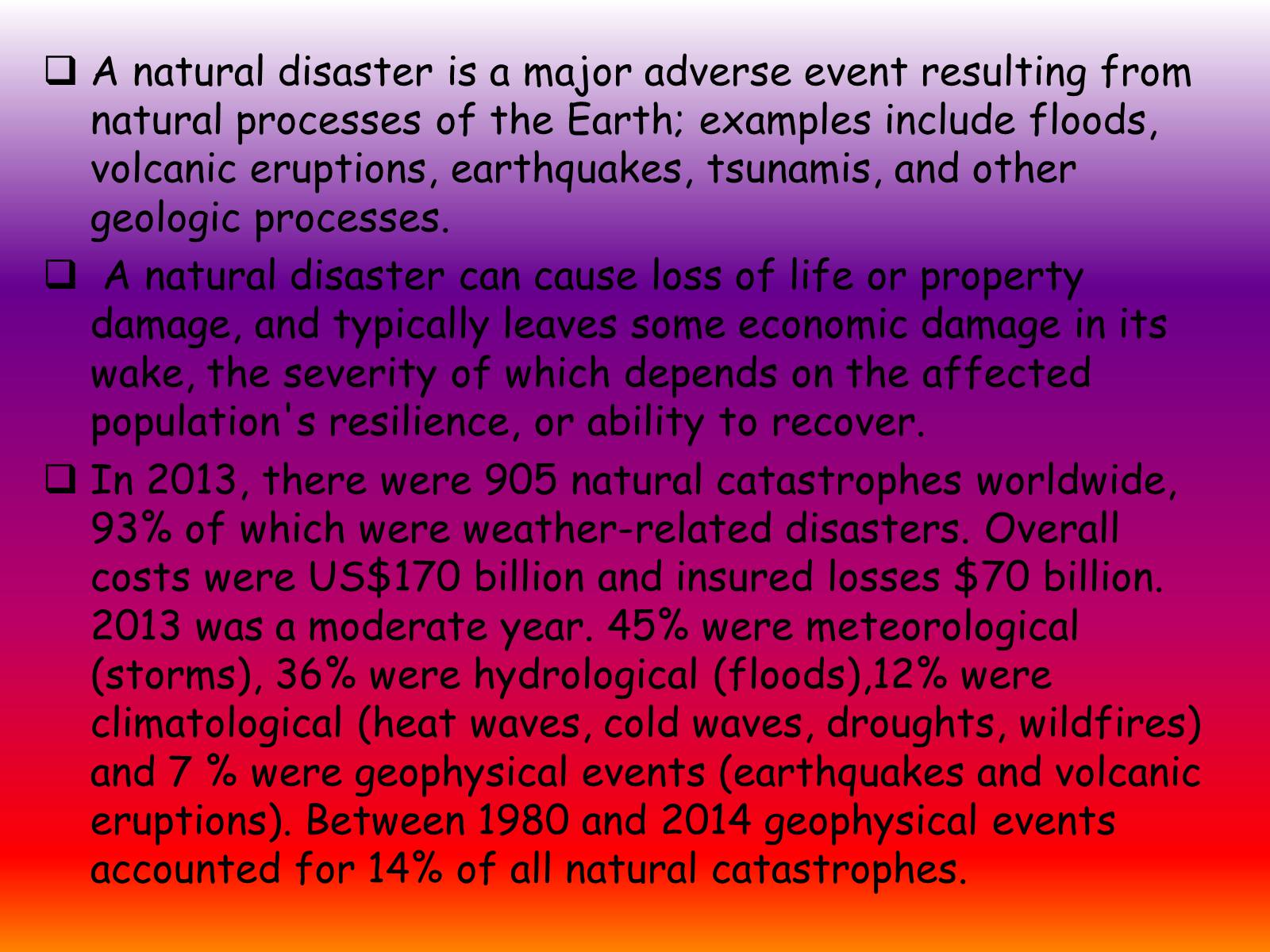 The earthquake is a phenomenon that results from a sudden release of stored energy that radiates seismic waves. It shows itself by a sharking of the ground. The earthquake causes extensive destruction of buildings. 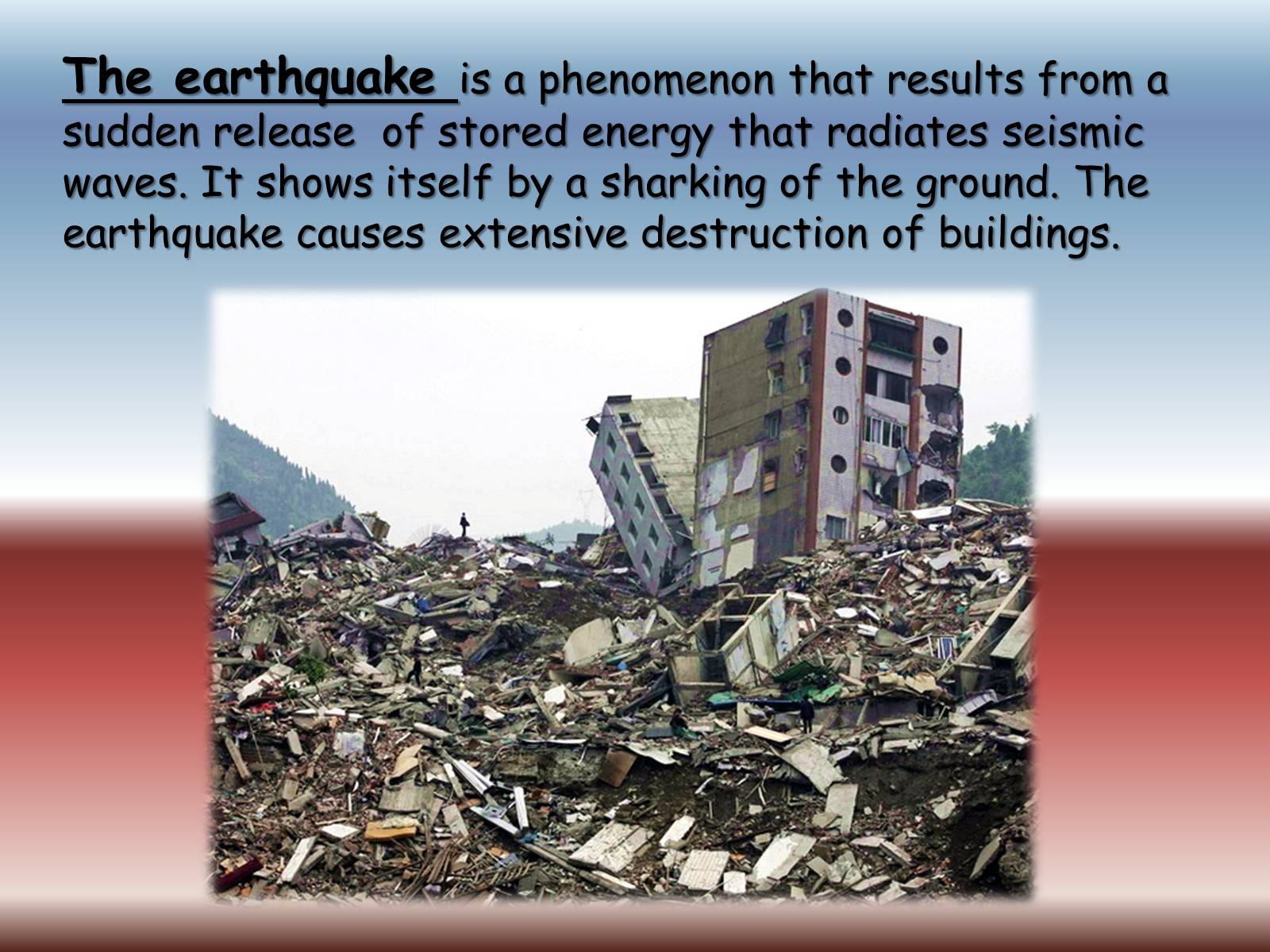 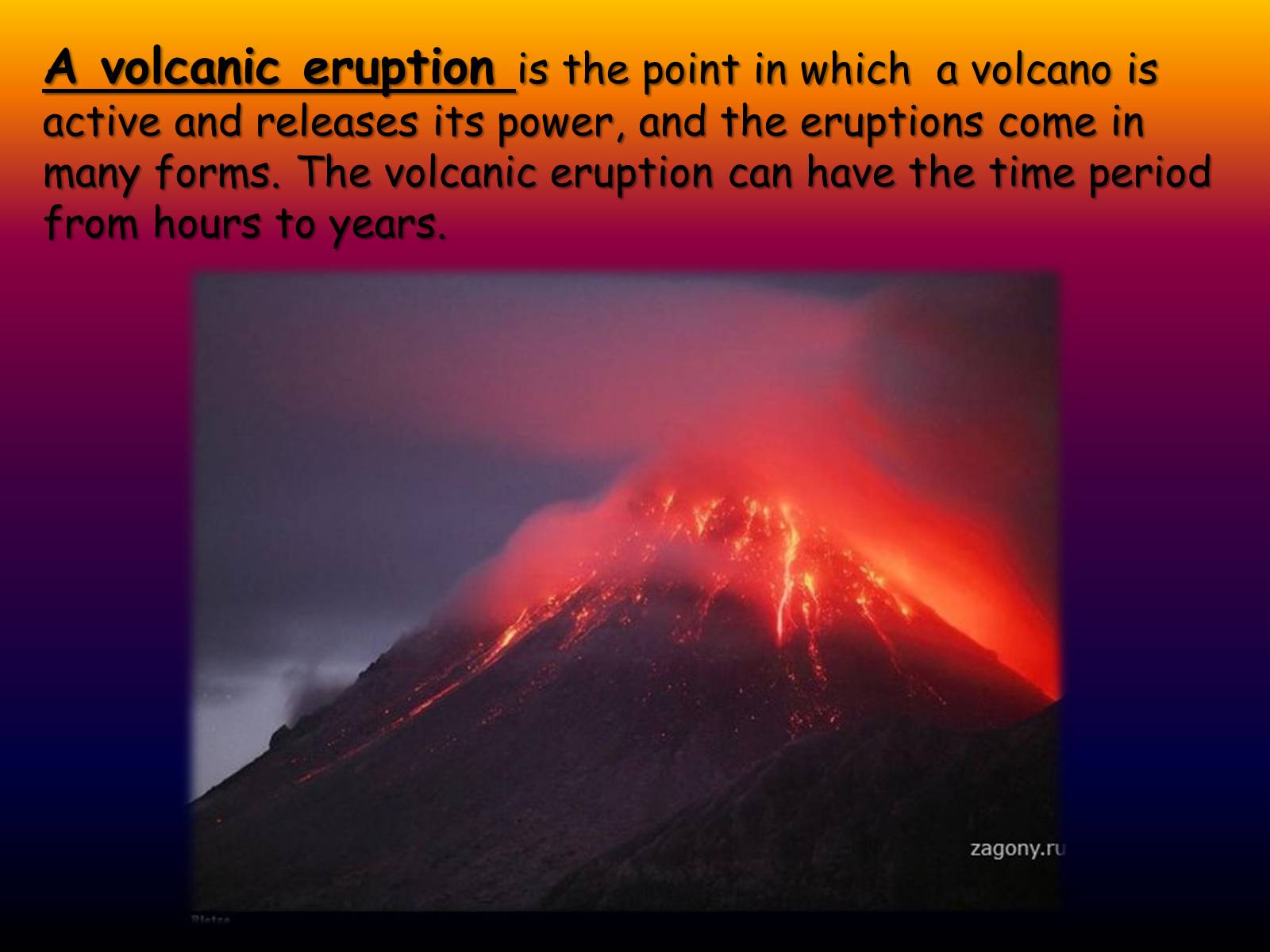 Large amounts of dust and gases adjudged into the atmosphere due to the volcanic eruption. 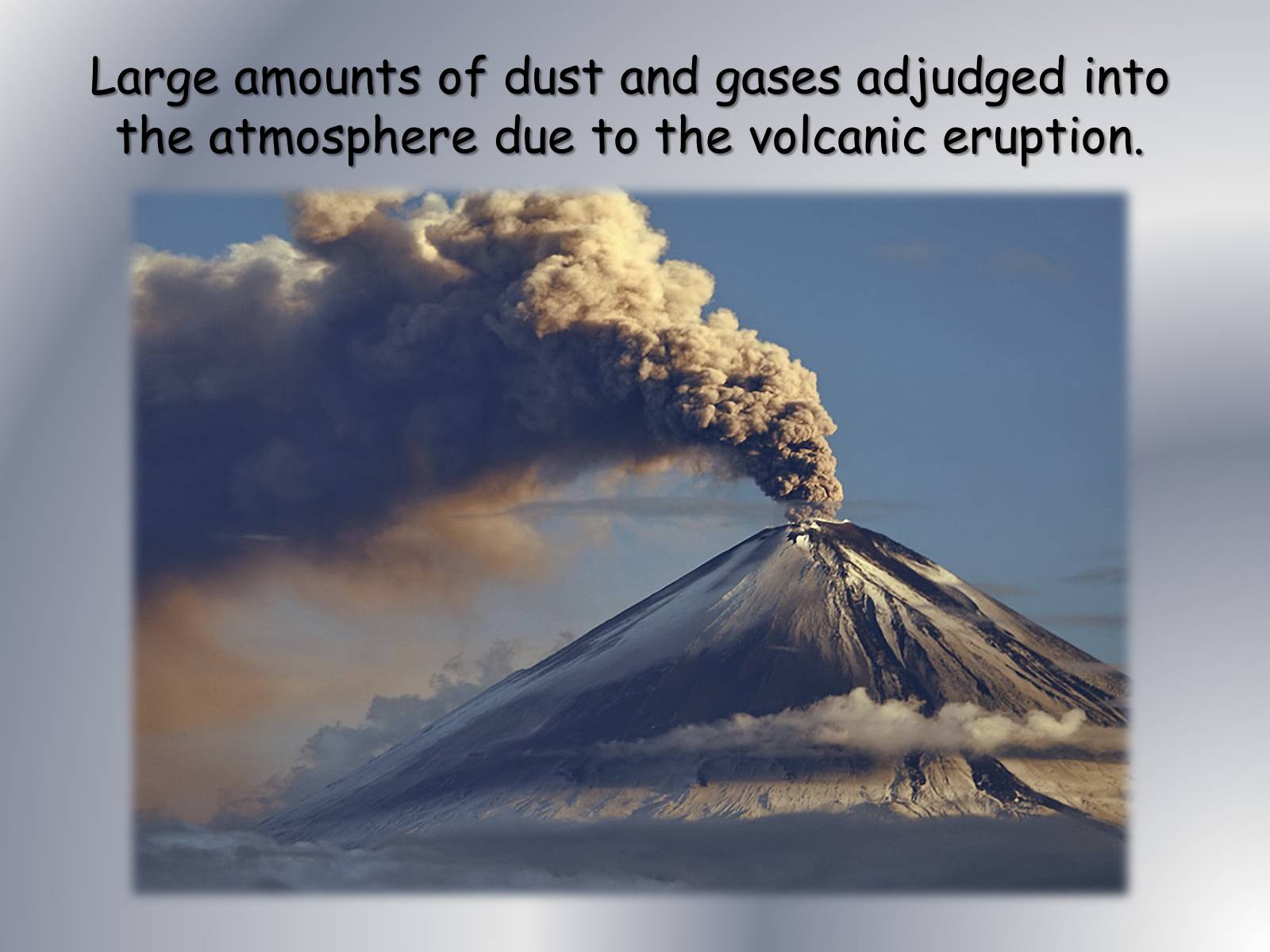 The floods are the result of prolonged rainfall from a storm, rapid melting of large amounts of snow, or rivers which rise up their levels of water. This causes major property damage for people who are victims of the flood. 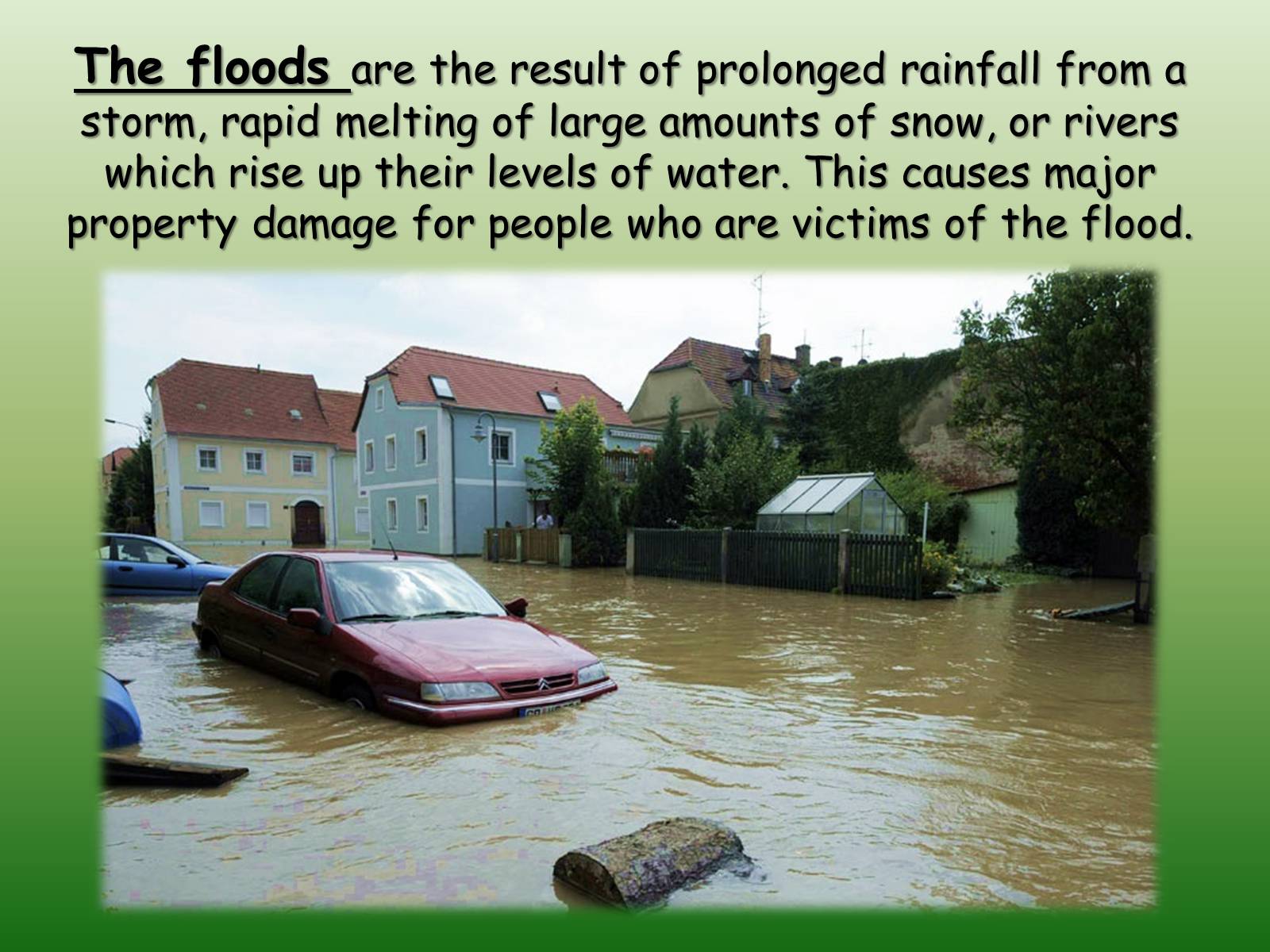 The forest fire is an uncontrolled fire burning in wildland areas. Common causes include lightning and drought but they may also be started by human carelessness. Many animals and birds dies by fire. 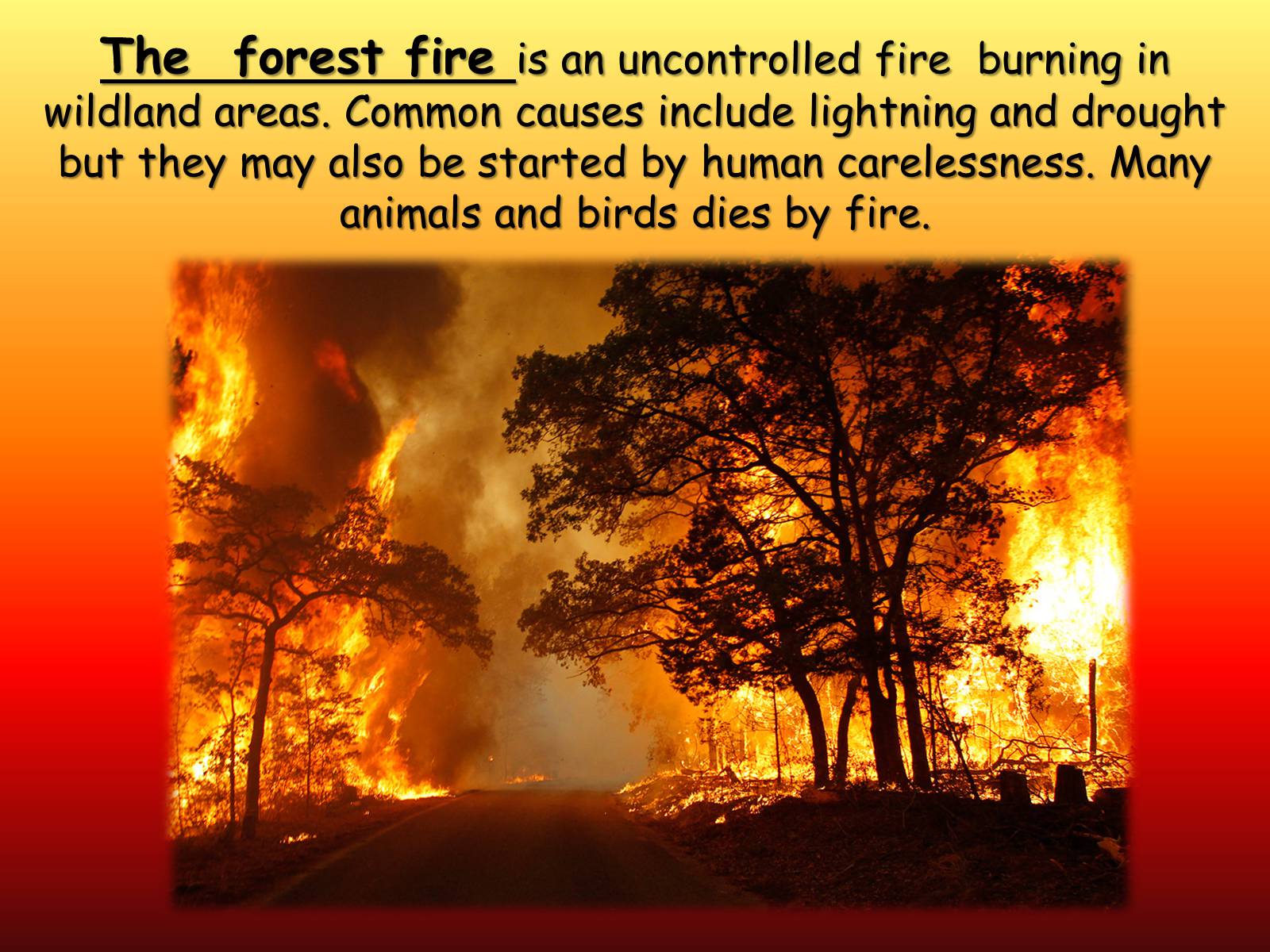 A tsunami is wave of water caused by the displacement of a body of water. It can be caused by undersea earthquakes or by meteorological phenomena. Wavelength reaches 500 m. 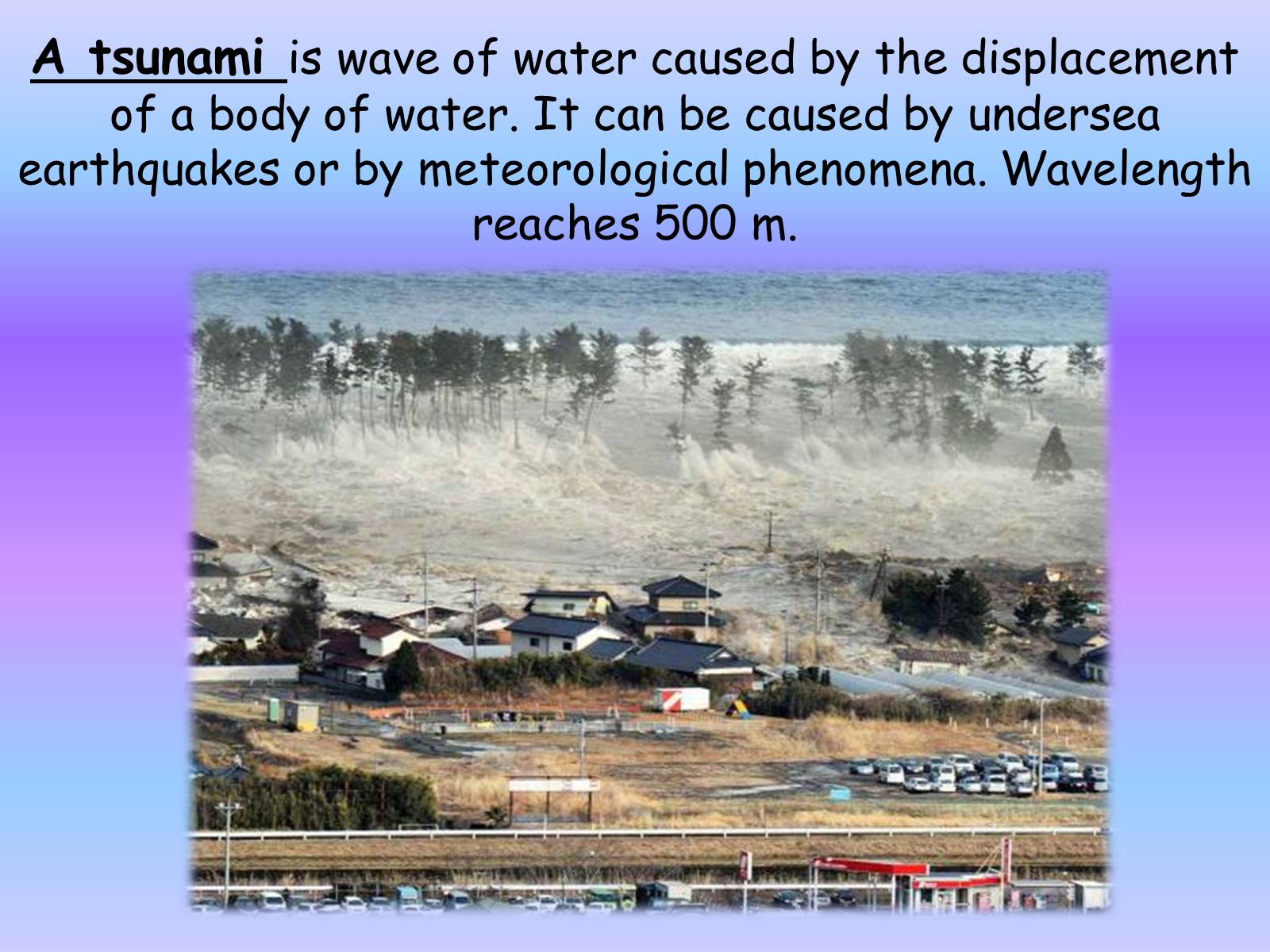 The drought is defined as an acute shortage of water and crop failure. It is an abnormally dry period when there is not enough water to support water needs. 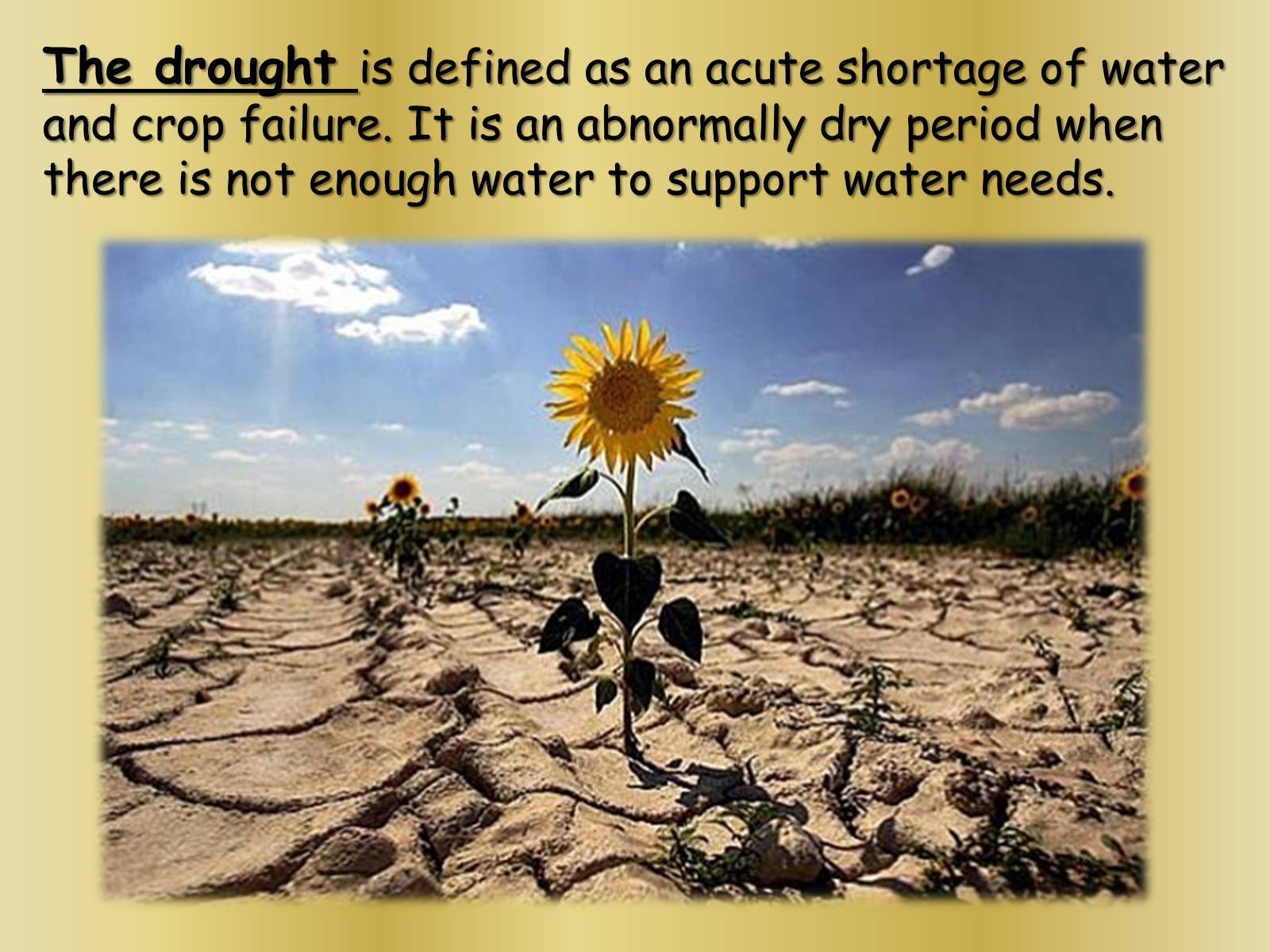 The hurricane is a natural disaster resulting from a thunderstorm. It is a violent, rotating column of air, which can blow at speeds between 50 and 48 km/h and possibly higher. 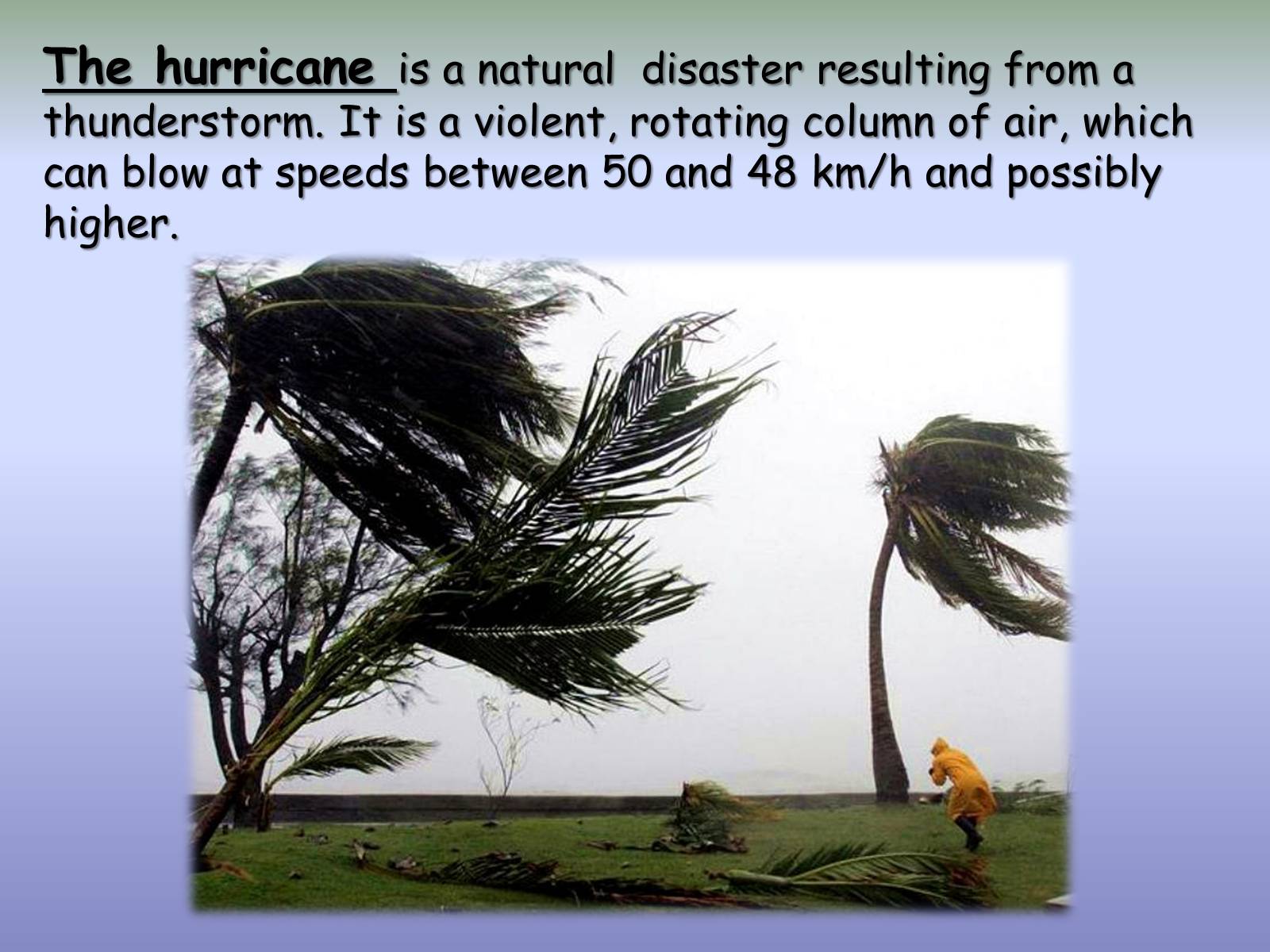 If you suddenly found himself at the epicenter of the disaster, the main thing - in any situation, do not panic, keep a clear mind, to help others! 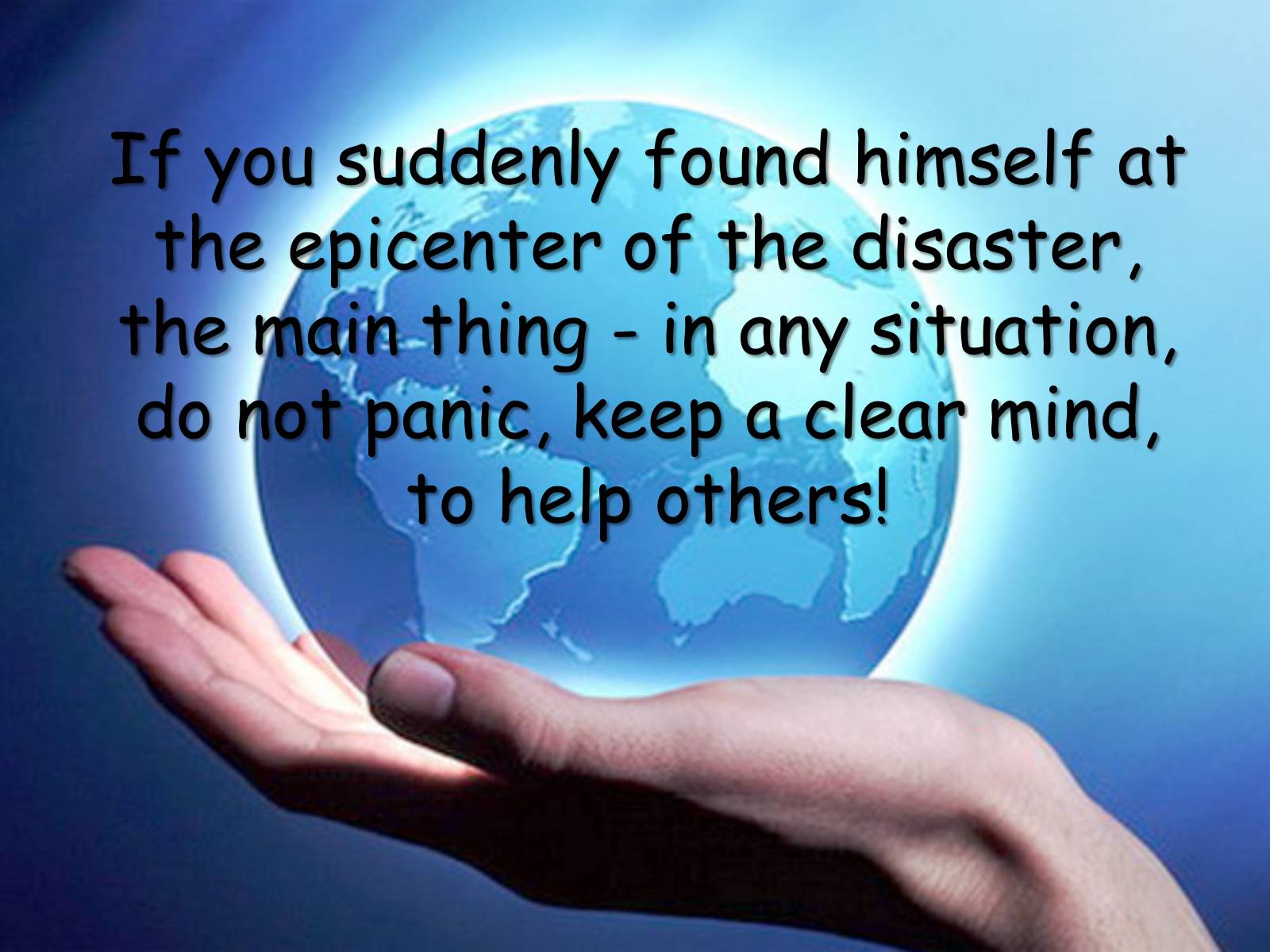 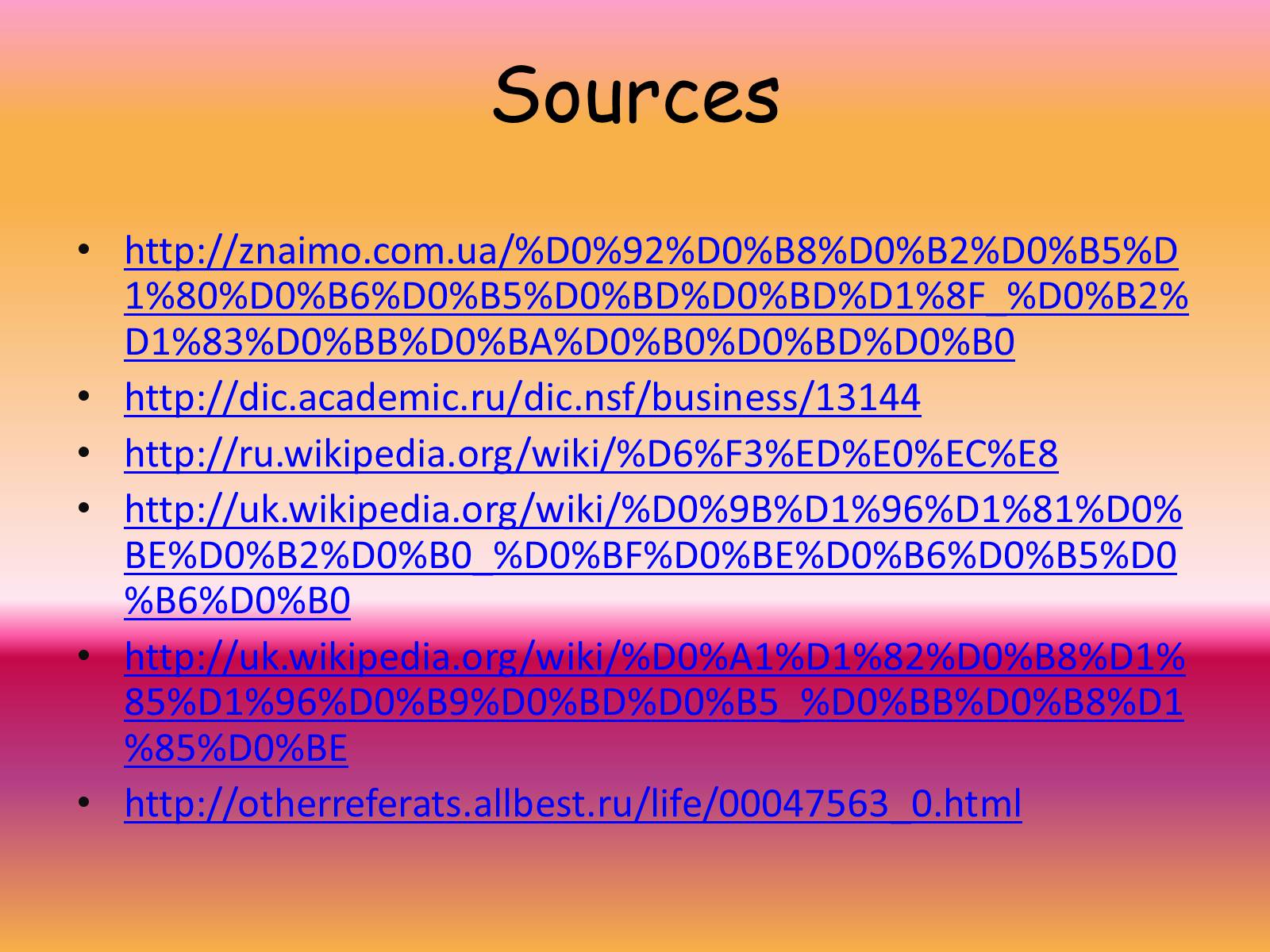