Science and Technology
The first computer 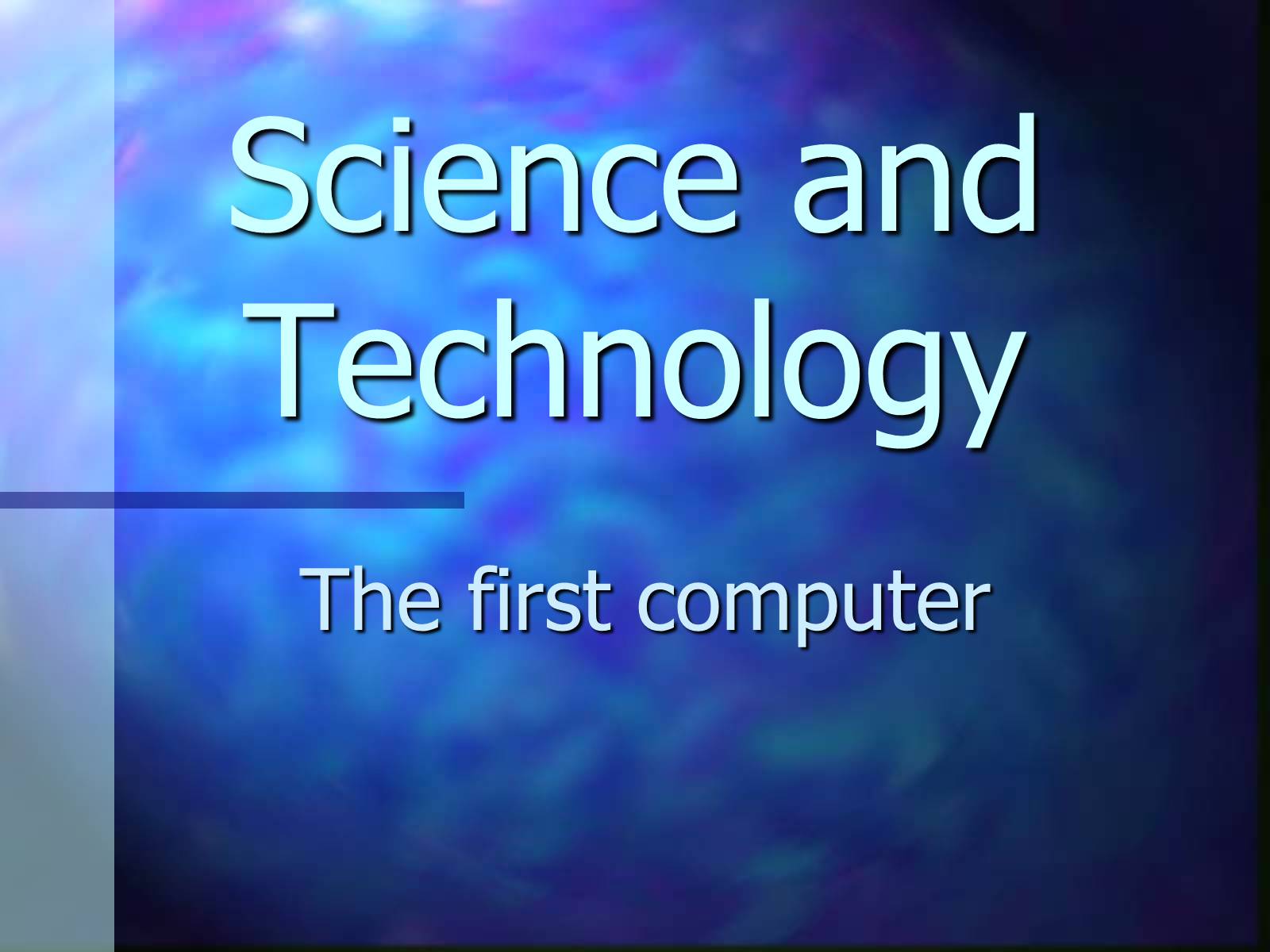 When you ask the question who invented the first computer, you definitely need to be prepared to hear many different answers. There is not one simple answer to the question because there have been many types of computers (or computing machines) dating back to the 1800's. 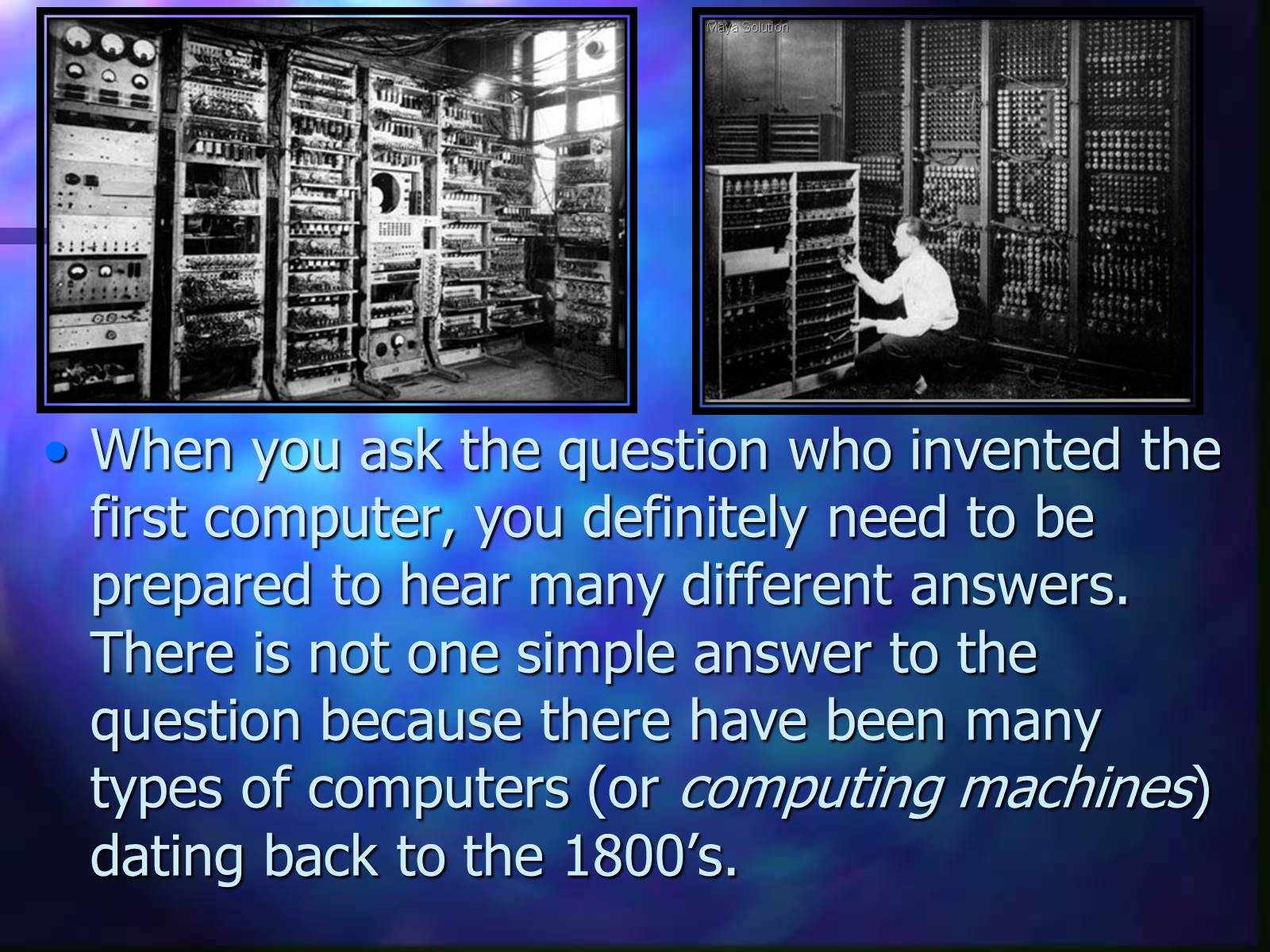 Charles Babbage
Without getting too technical, the first “computing machine” was created by Charles Babbage in 1822. His idea was not really to create a computer as we know them today, but instead, to create a machine that would compute math problems. He was tired of human errors in completing math problems, so he sought to create an infallible math machine, but what he got instead was a machine that was the basis for what we know now as the computer. 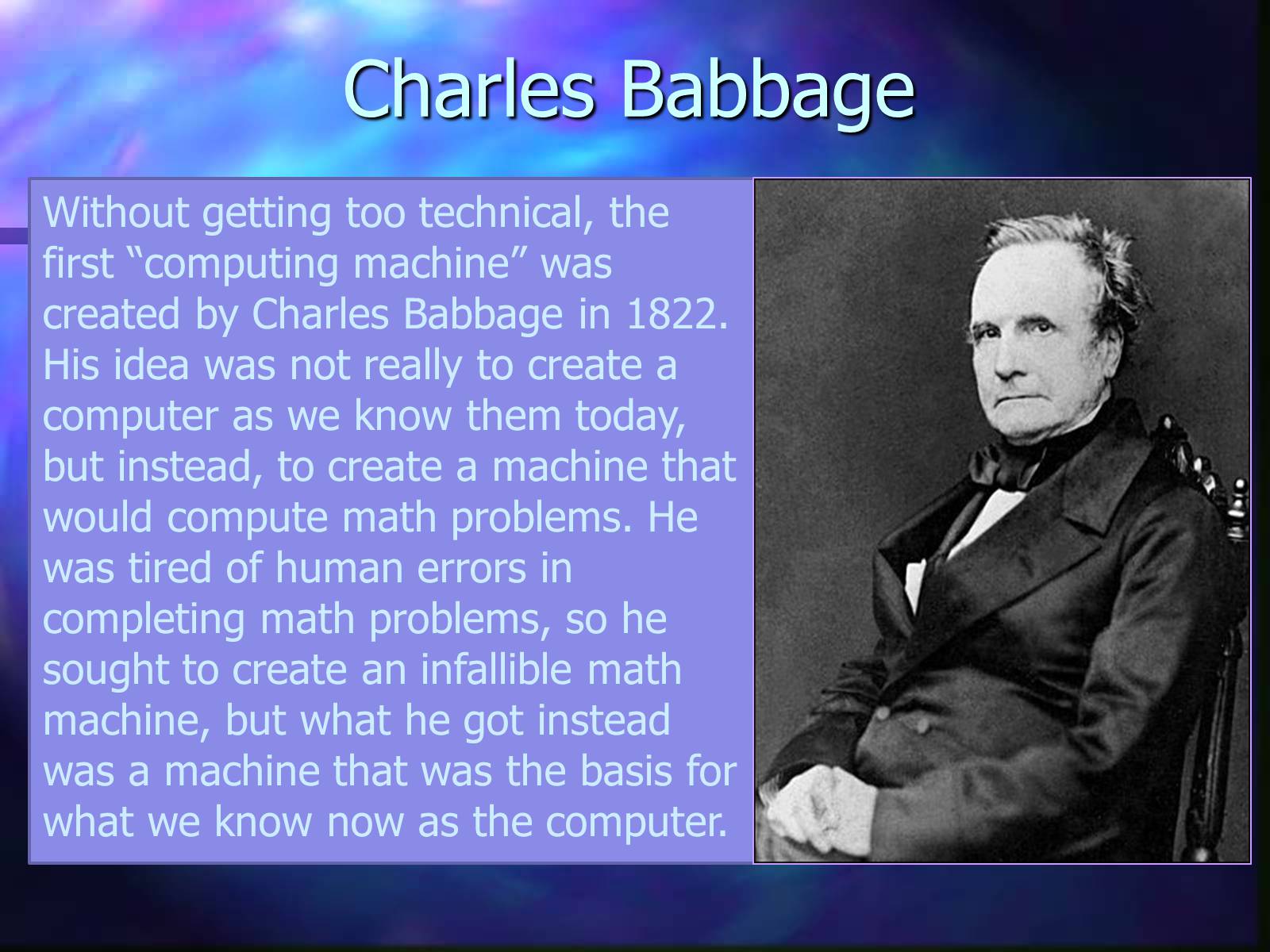 Birthplace
Charles Babbage was born in England, and spent his life and career there. England is proud of its son, and some of his works are displayed at a museum in London. Charles attended Trinity College at Cambridge University, and completed his studies at Peterhouse Cambridge in mathematics. This education would help to guide him to his life's most important work. 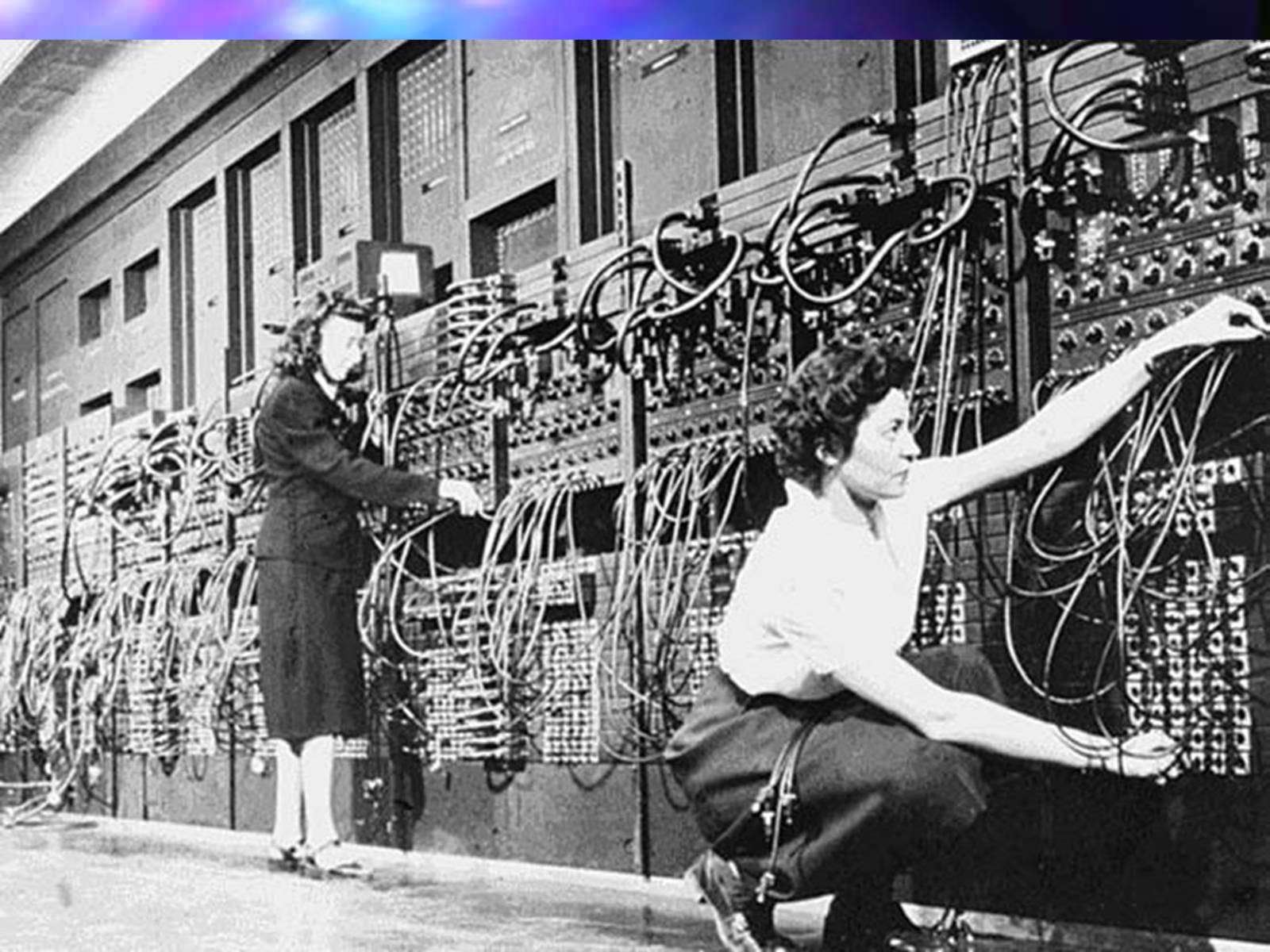 It was programmable
The unique thing about Babbage's machine was that you could program it. Previous invention of the calculator was already available but worked on a fixed sets of rules. 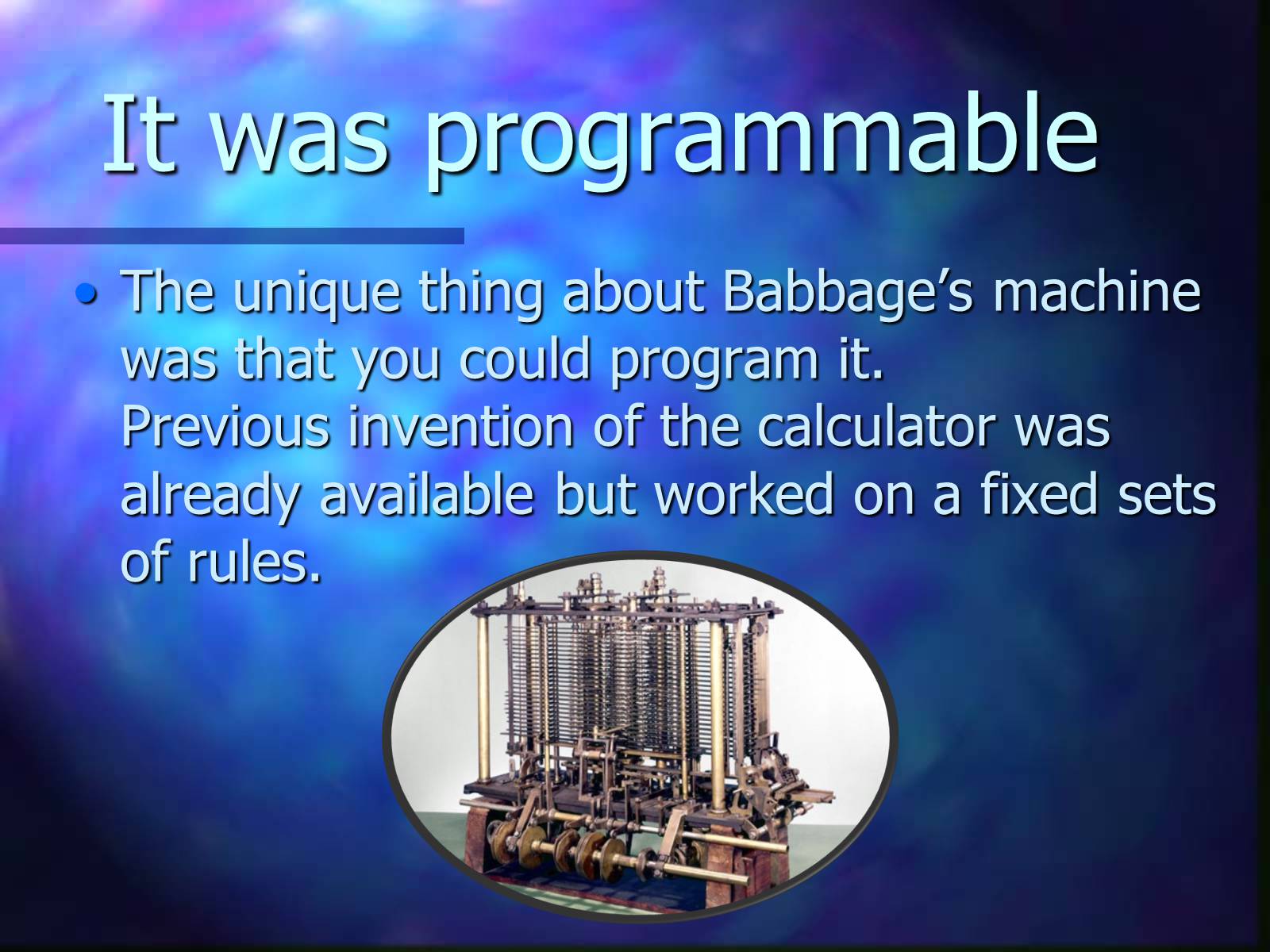 Invention of the computer
Isn't it amazing that the invention Babbage sought to create ended up being something that would benefit human life centuries later? Babbage used the knowledge he gained through his education to work on a machine that would figure out math problems. Unfortunately, he never got to see the full completion of his dream project because he ran out of money. Although his machine was left uncompleted, his idea was later developed into a version of the computer that we know of today, and Babbage is generally considered the “father of computers”. 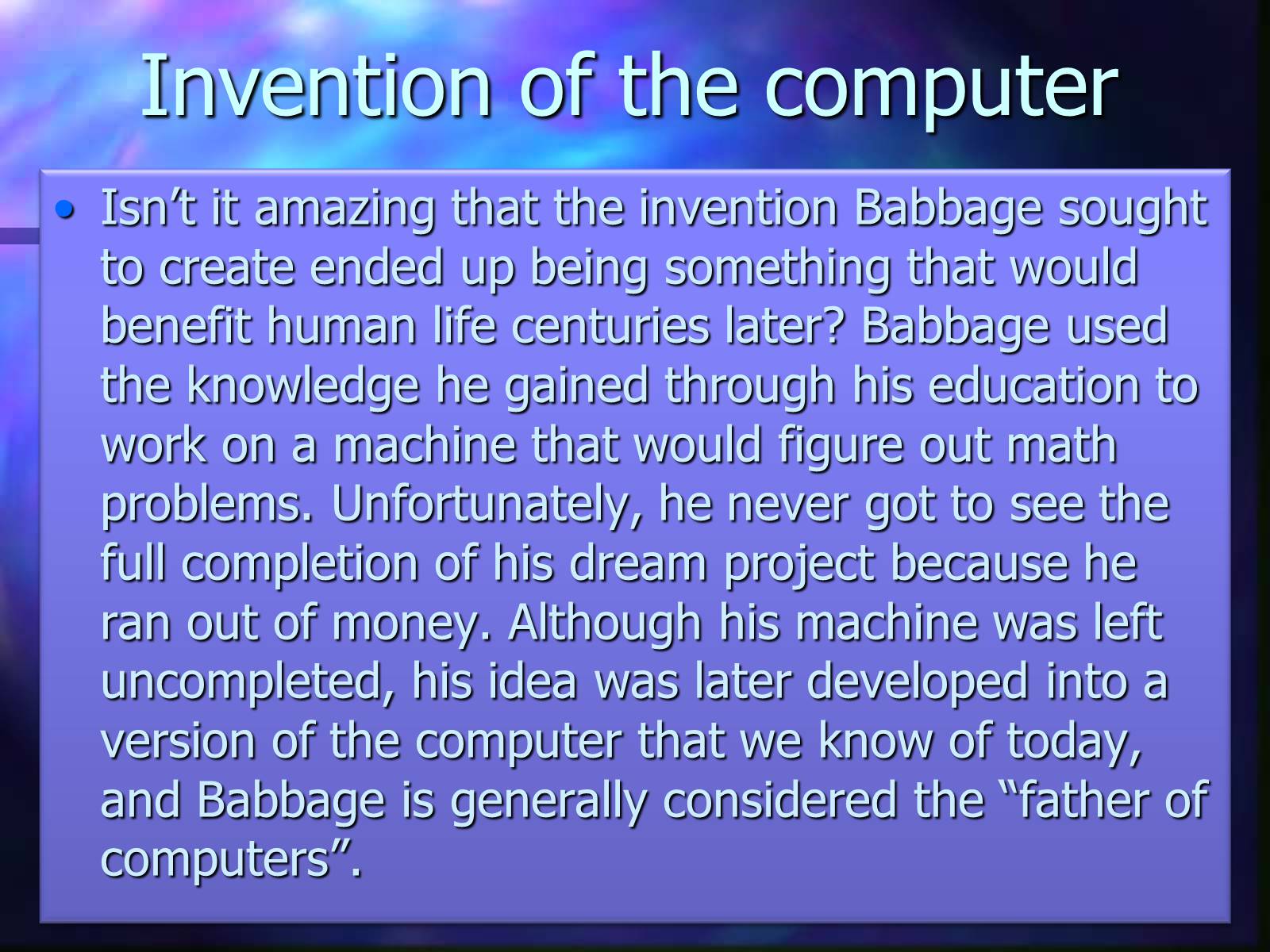 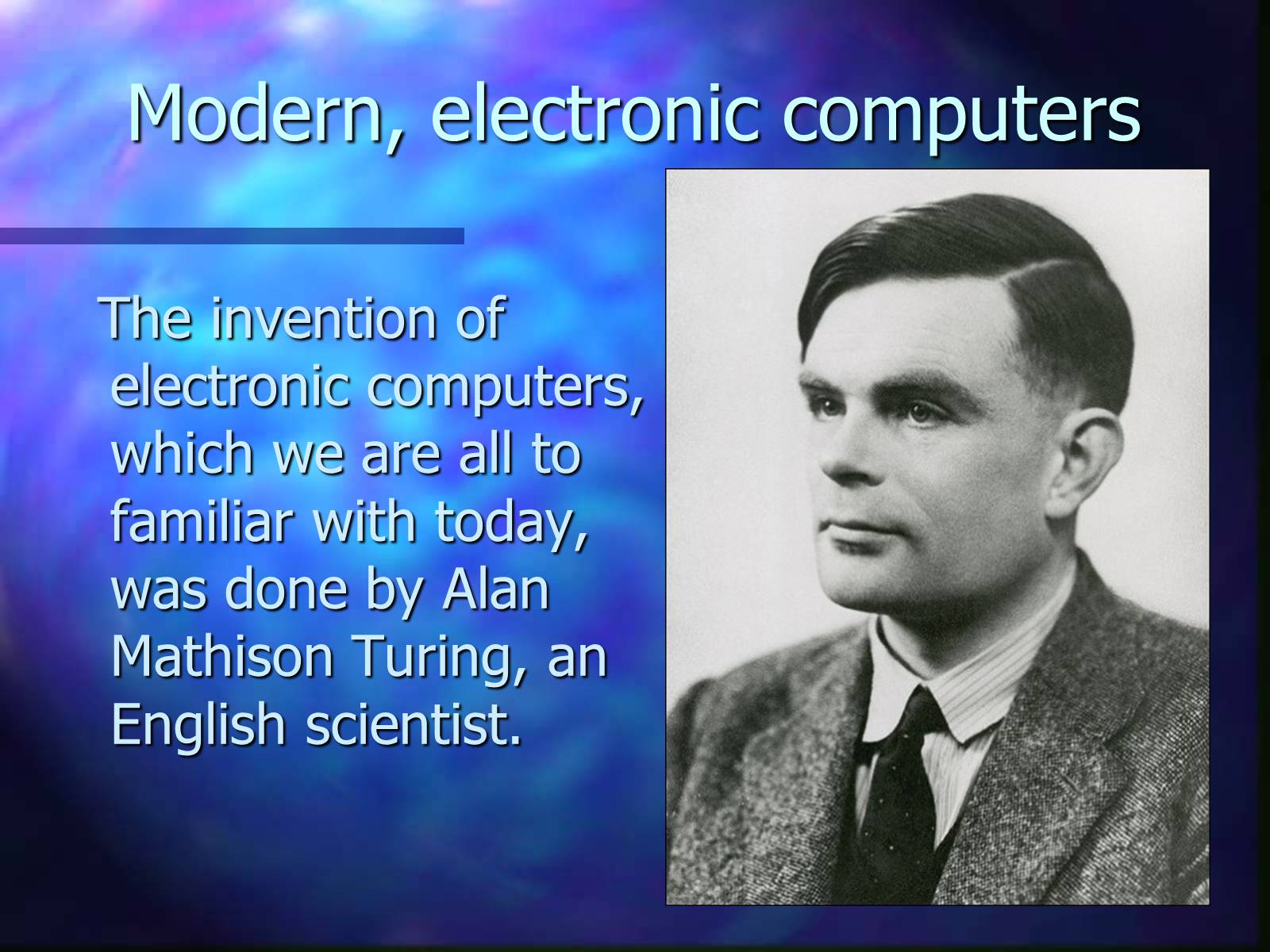 The Turning machine
Alan Turning began to explore the possibilities of computing when he attended the King's College in Cambridge for his undergraduate degree in Mathematics. He wrote a notable paper on computational numbers and its application.
The Turning Machine was the first machine that can use algorithms to solve arithmetic problems. For many experts, it was the first, theoretical concept of a modern computer. The basic concept of the Turning Machine is still being taught in computer science and computation theory courses, all over the world. 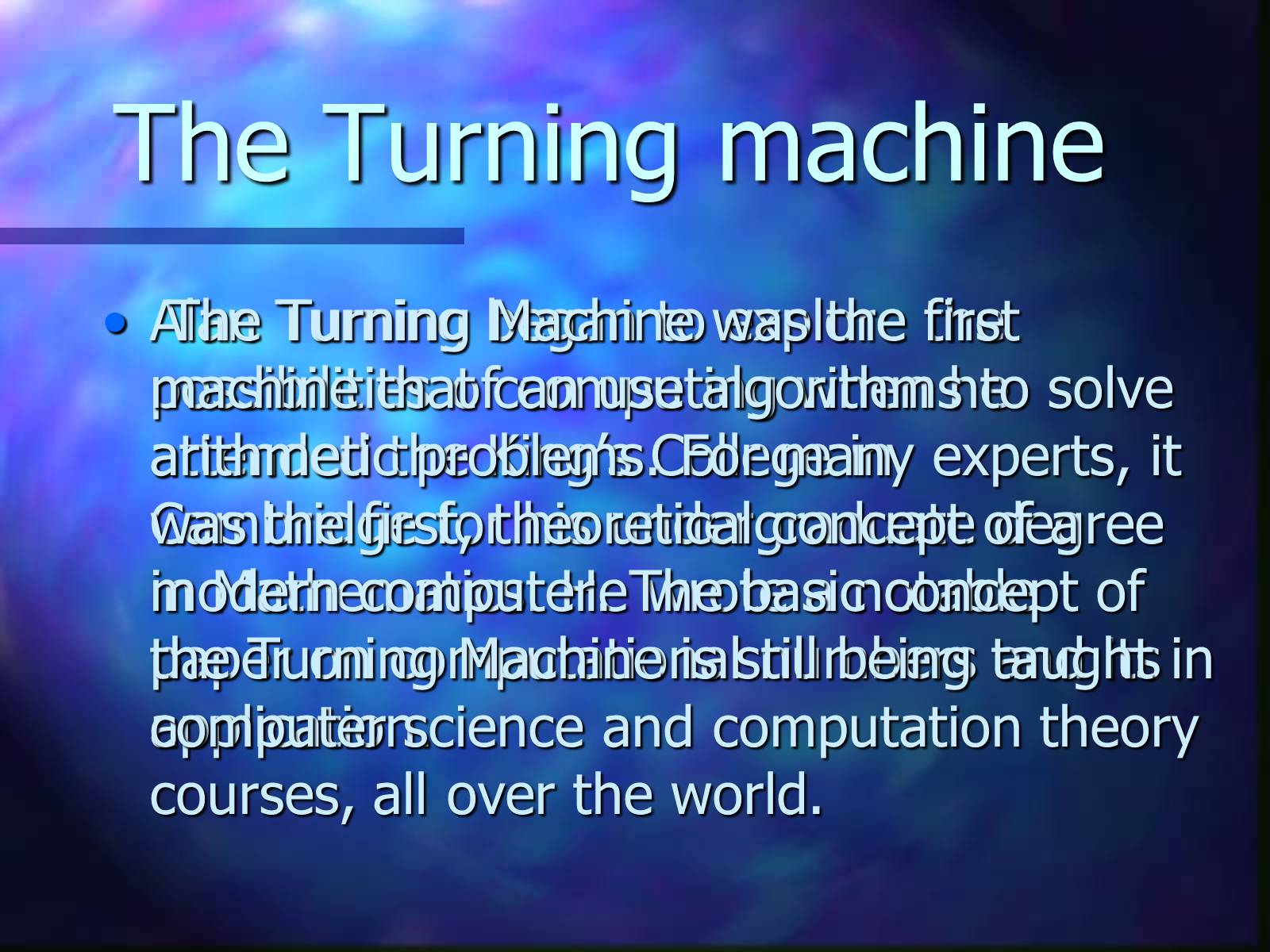 So we can say that today computer is playing very important role in our lives. Now is the time when we cannot imagine the world without computers. And this technology is advancing both in industry and home. It has become necessary for everyone to have the basic knowledge about computer. Otherwise he cannot get a job as computers have invaded almost all the fields. 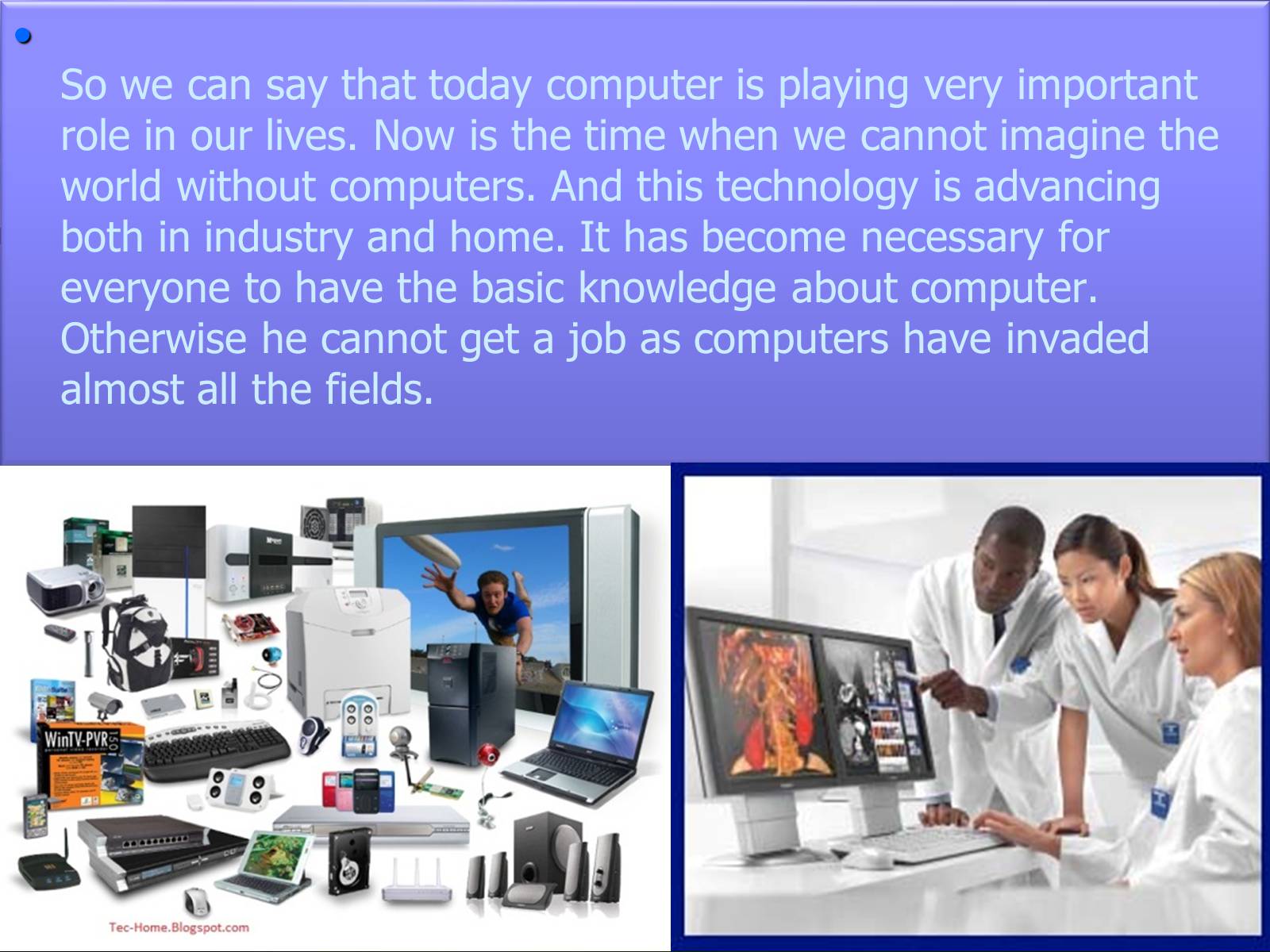