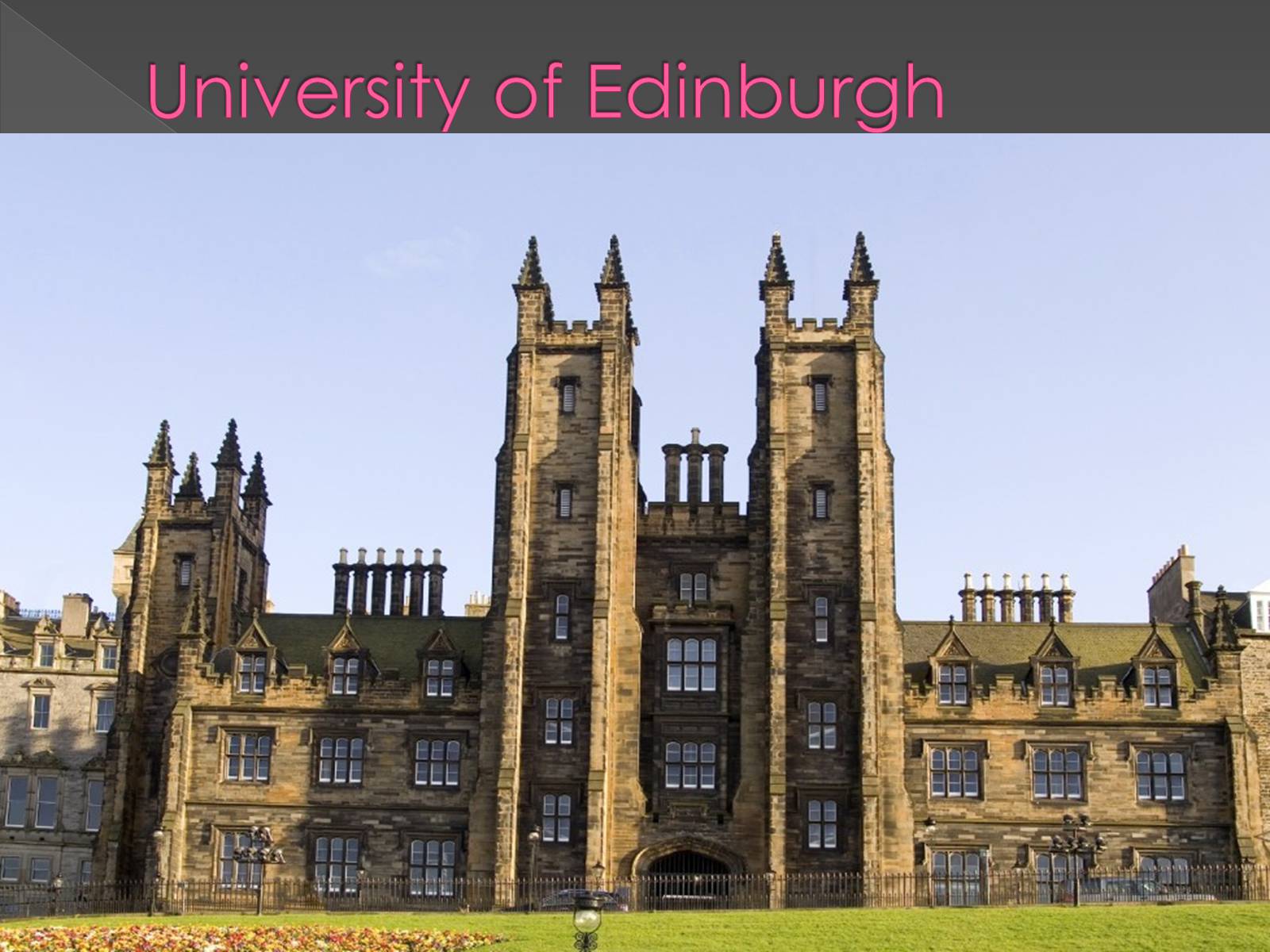 The University of Edinburgh founded in 1583,  is the sixth-oldest university in the English-speaking world and one of Scotland's ancient universities. The university is deeply embedded in the fabric of the city, with many of the buildings in the historic Old Town belonging to the university. 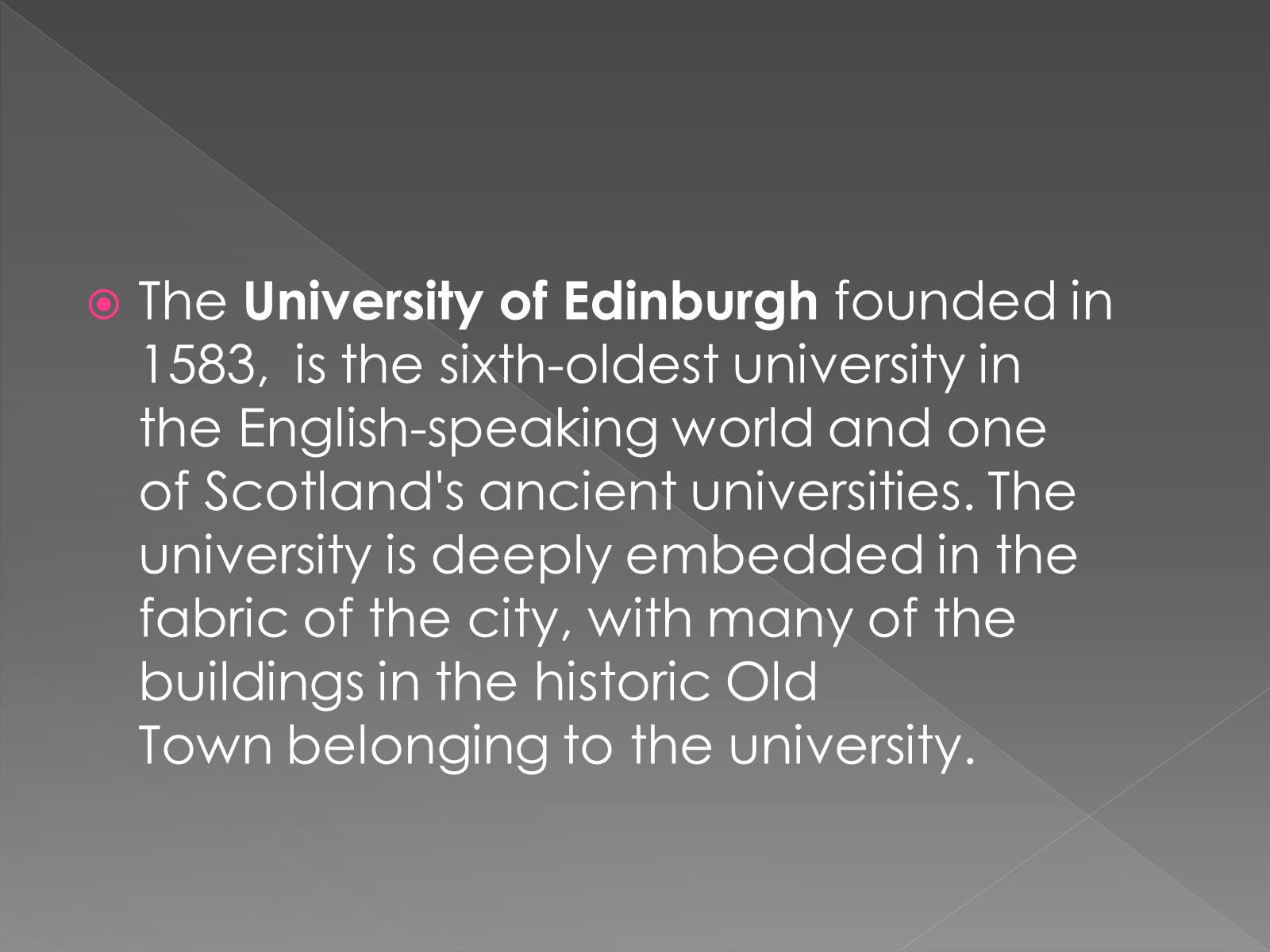 The university played an important role in leading Edinburgh to its reputation as a chief intellectual centre during the Age of Enlightenment, and helped give the city the nickname of the Athens of the North. 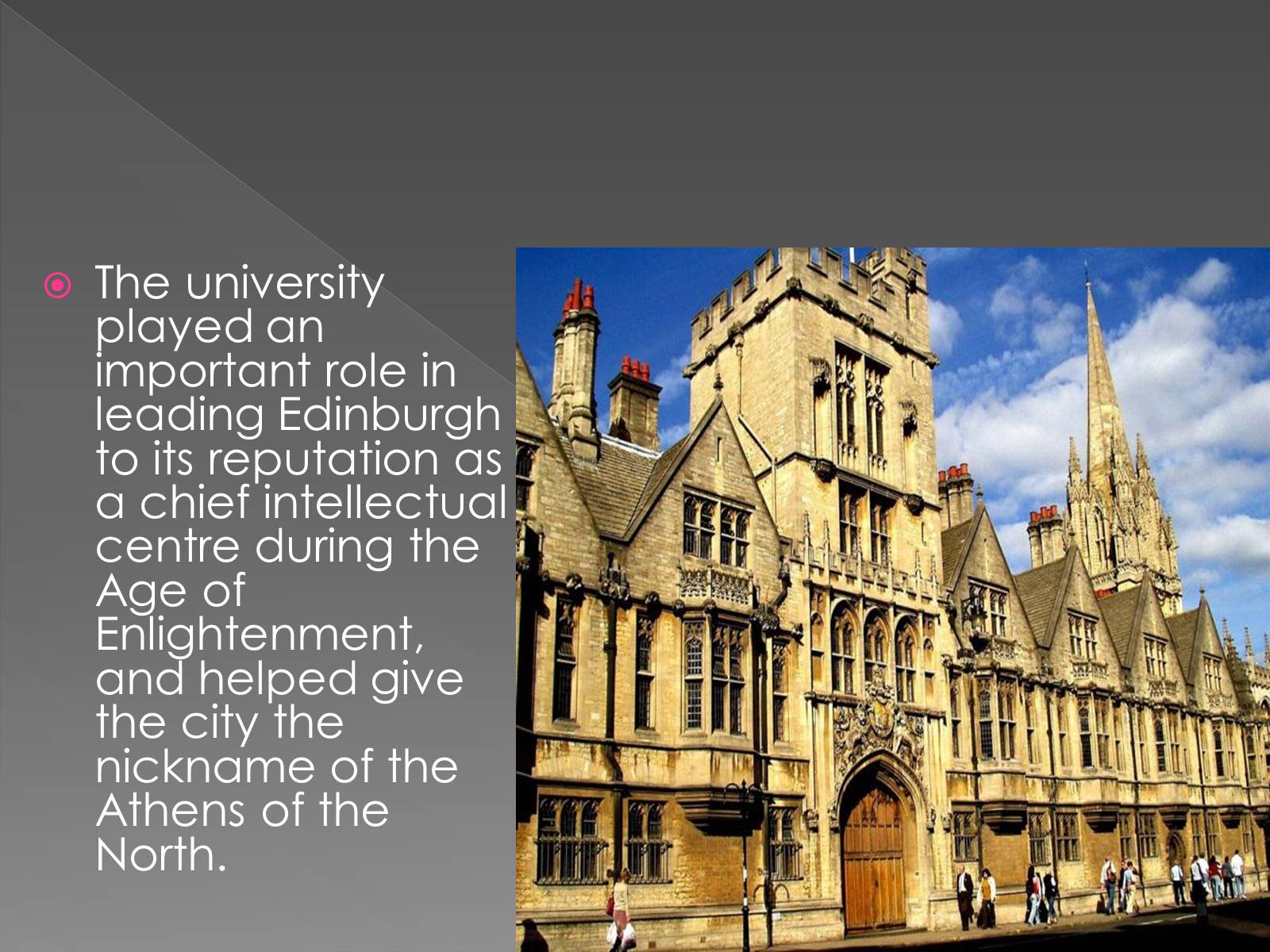 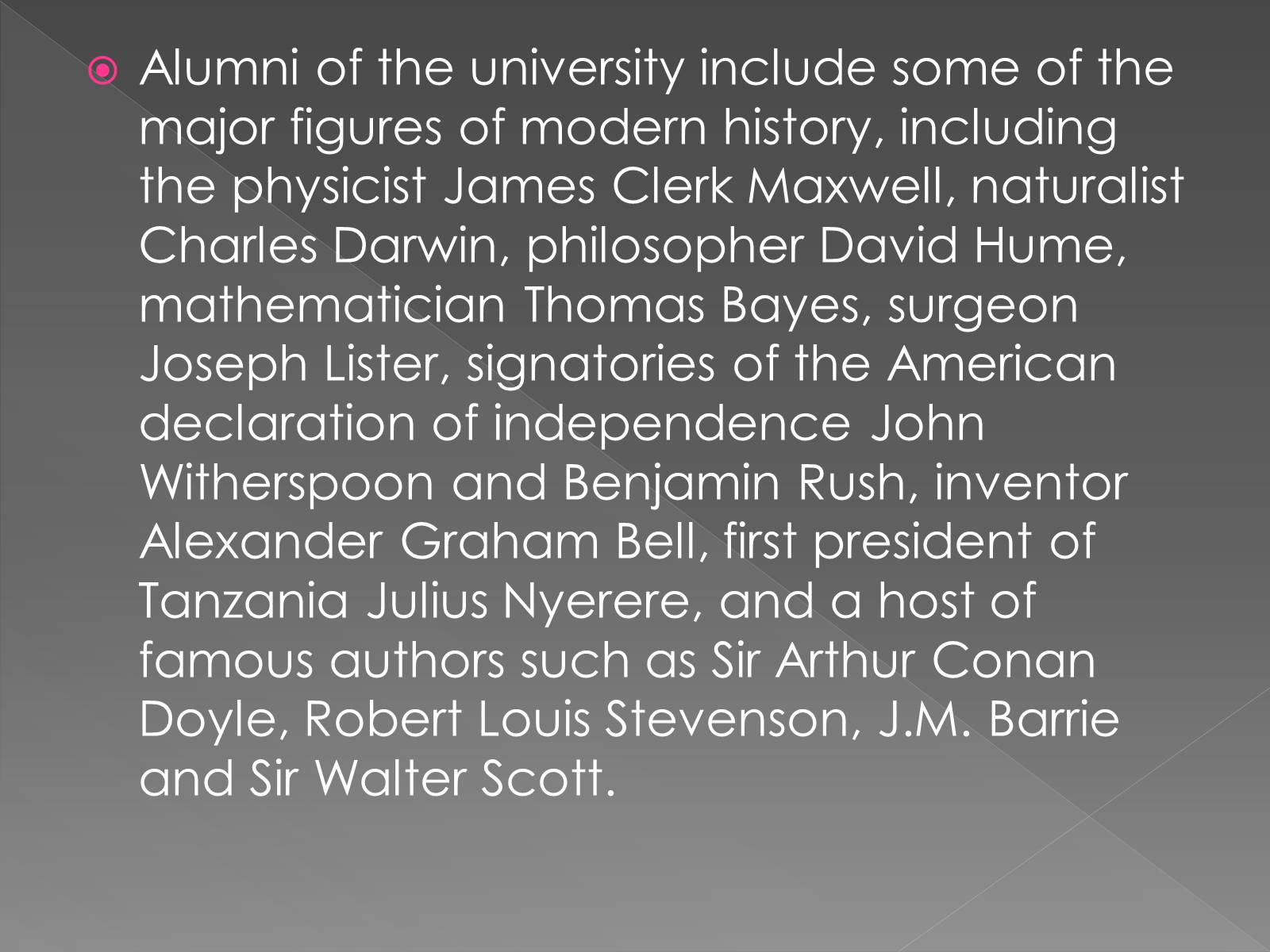 Students' association
The Edinburgh University Students' Association (EUSA) consists of the unions and the Student Representative Council. EUSA represents students to the university and the outside world. It is also responsible for over 250 student societies at the University. 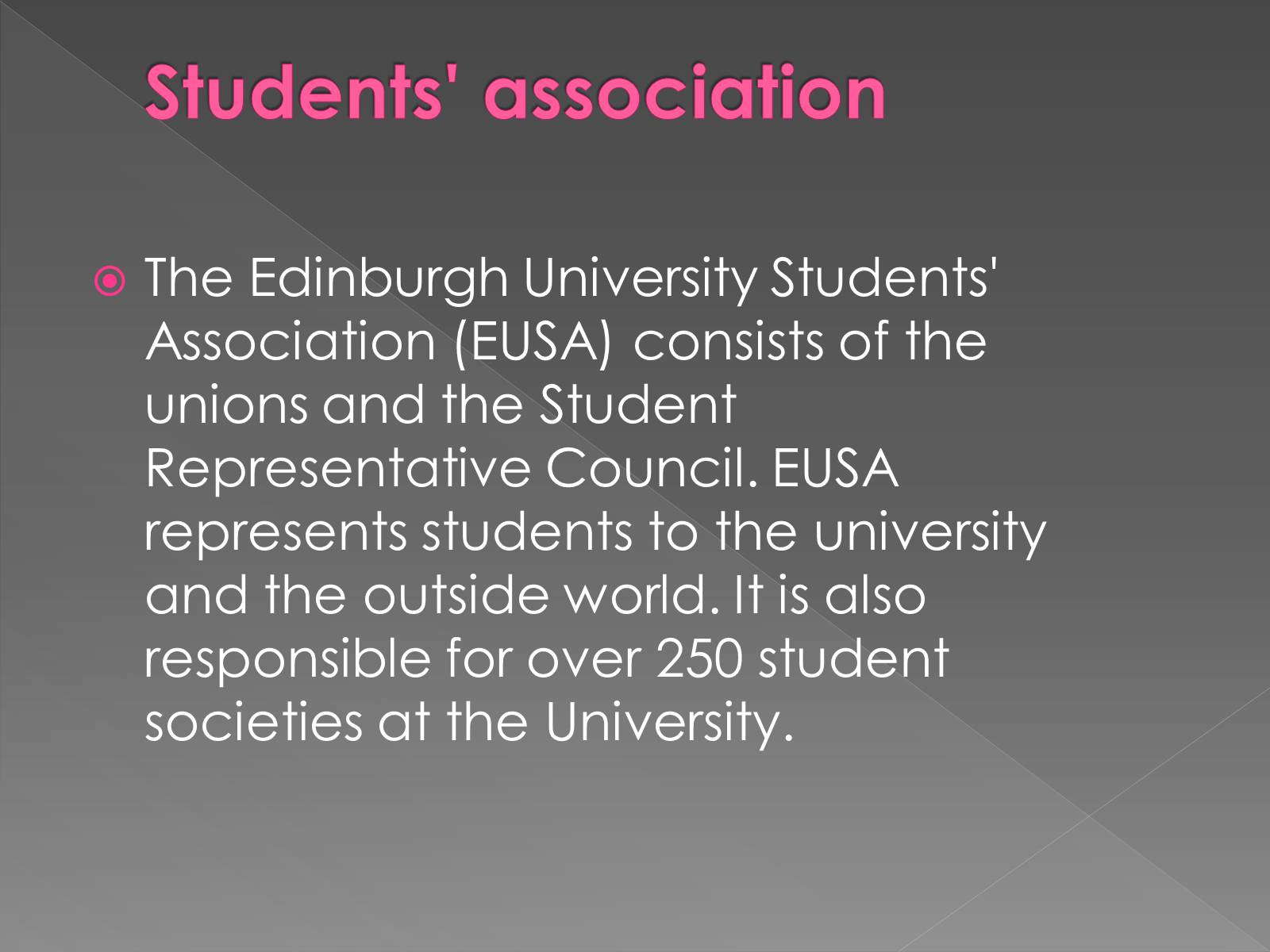 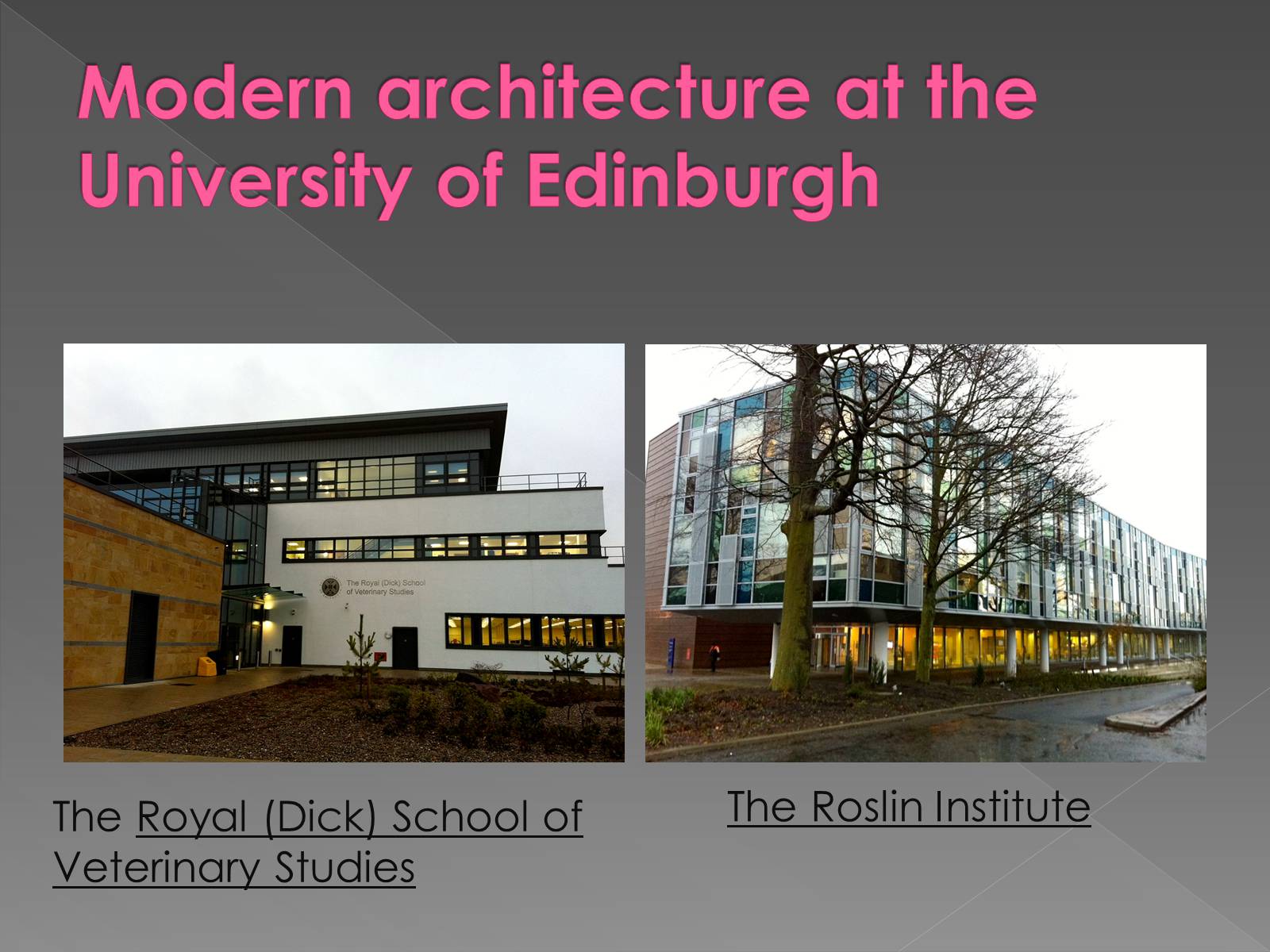 Performing arts
The city of Edinburgh is an important cultural hub for comedy, amateur and fringe theatre throughout the UK. Amateur dramatic societies at the University benefit from this, and especially from being based in the home of the Edinburgh Fringe Festival.
Edinburgh University Theatre Company (EUTC), founded in 1896 as the Edinburgh University Drama Society, is known for running Bedlam Theatre, the oldest student-run theatre in Britain. 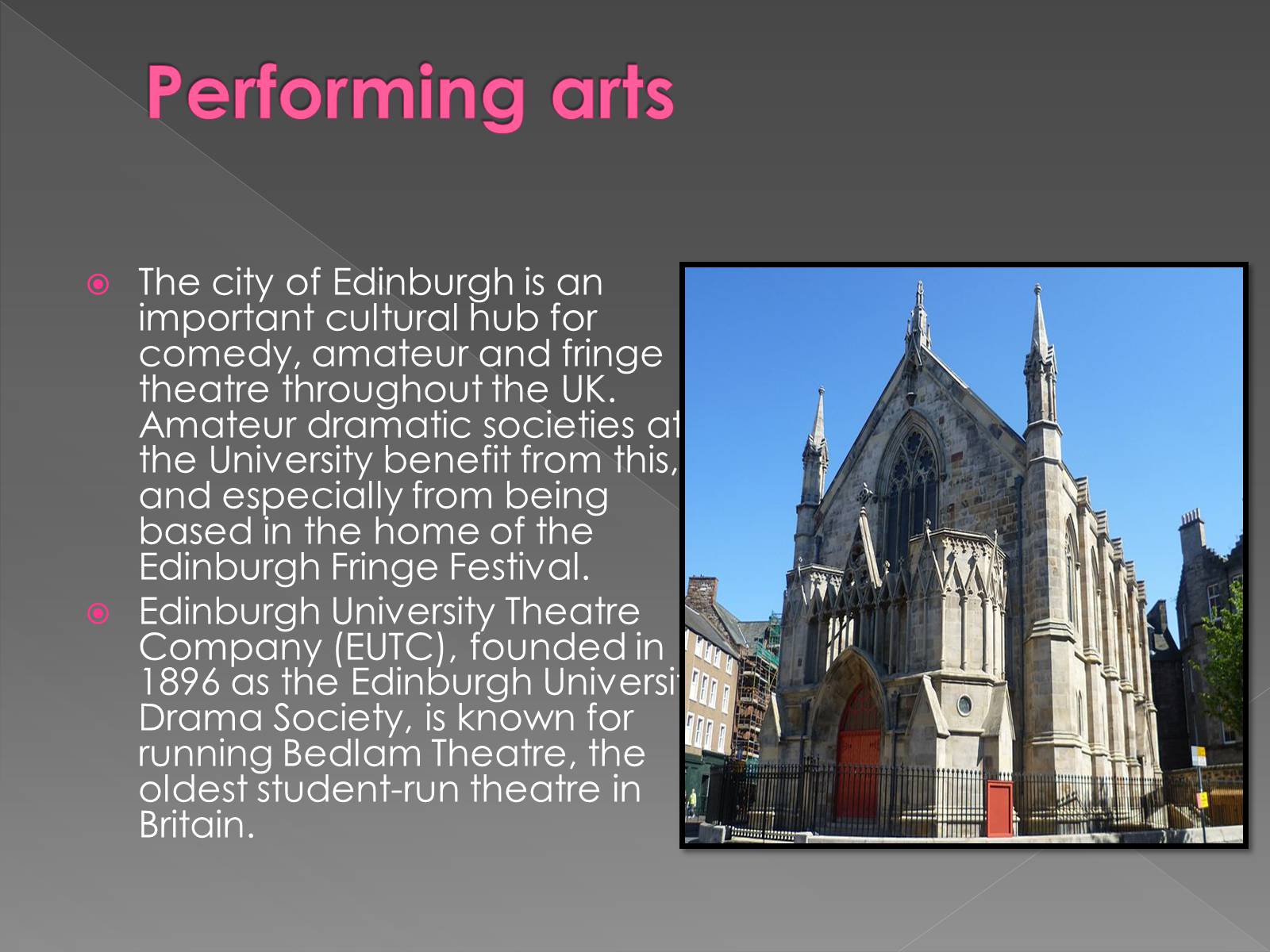 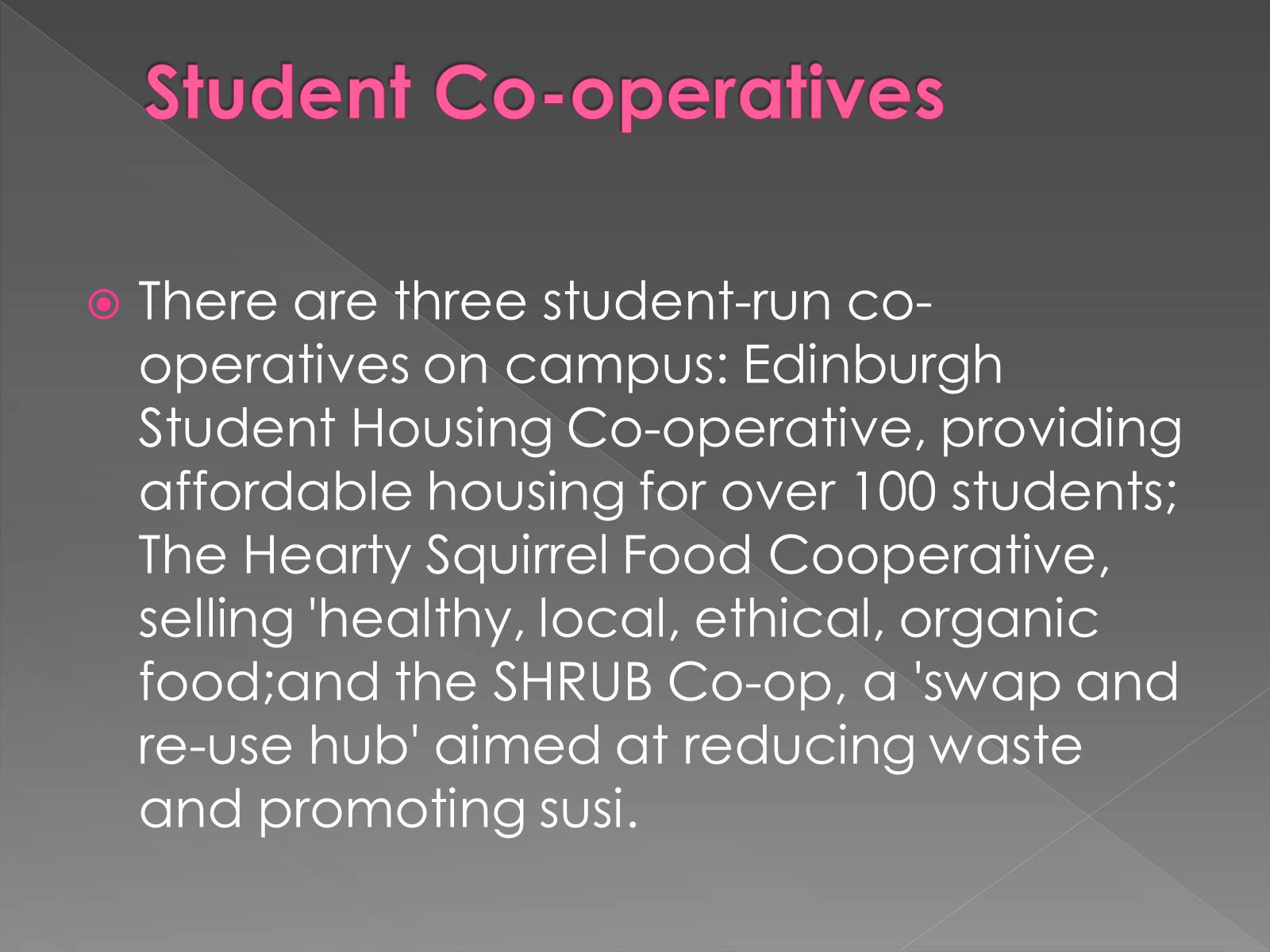 Library
The Edinburgh University Library pre-dates the university by three years. Founded in 1580 through the donation of a large collection by Clement Littill , its collection has grown to become the largest university library in Scotland with over 2.5 million volumes. These are housed in the main University Library building in George Square – one of the largest academic library buildings in Europe, designed by Basil Spence
The library system also includes an extensive number of faculty and collegiate libraries. 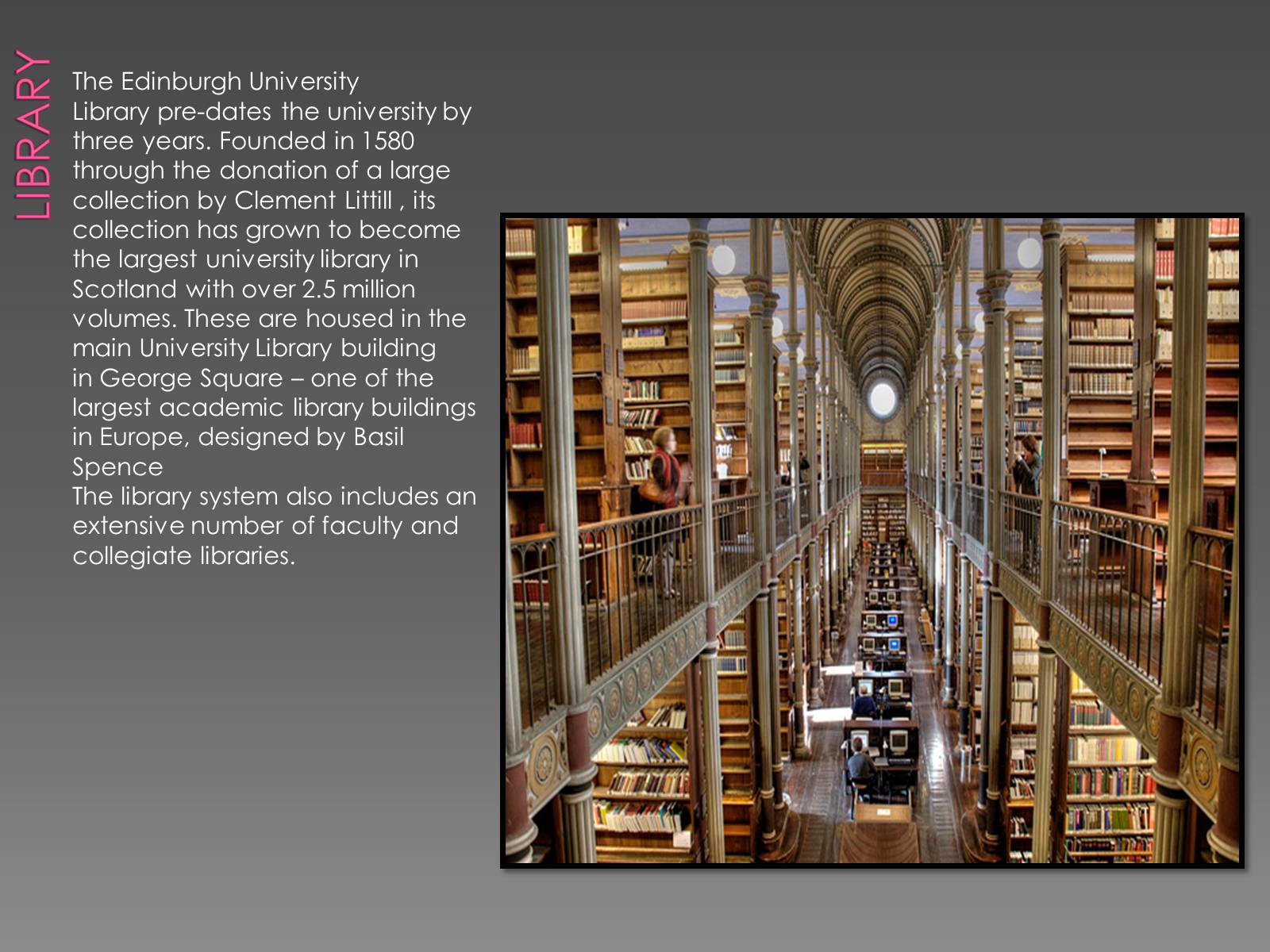 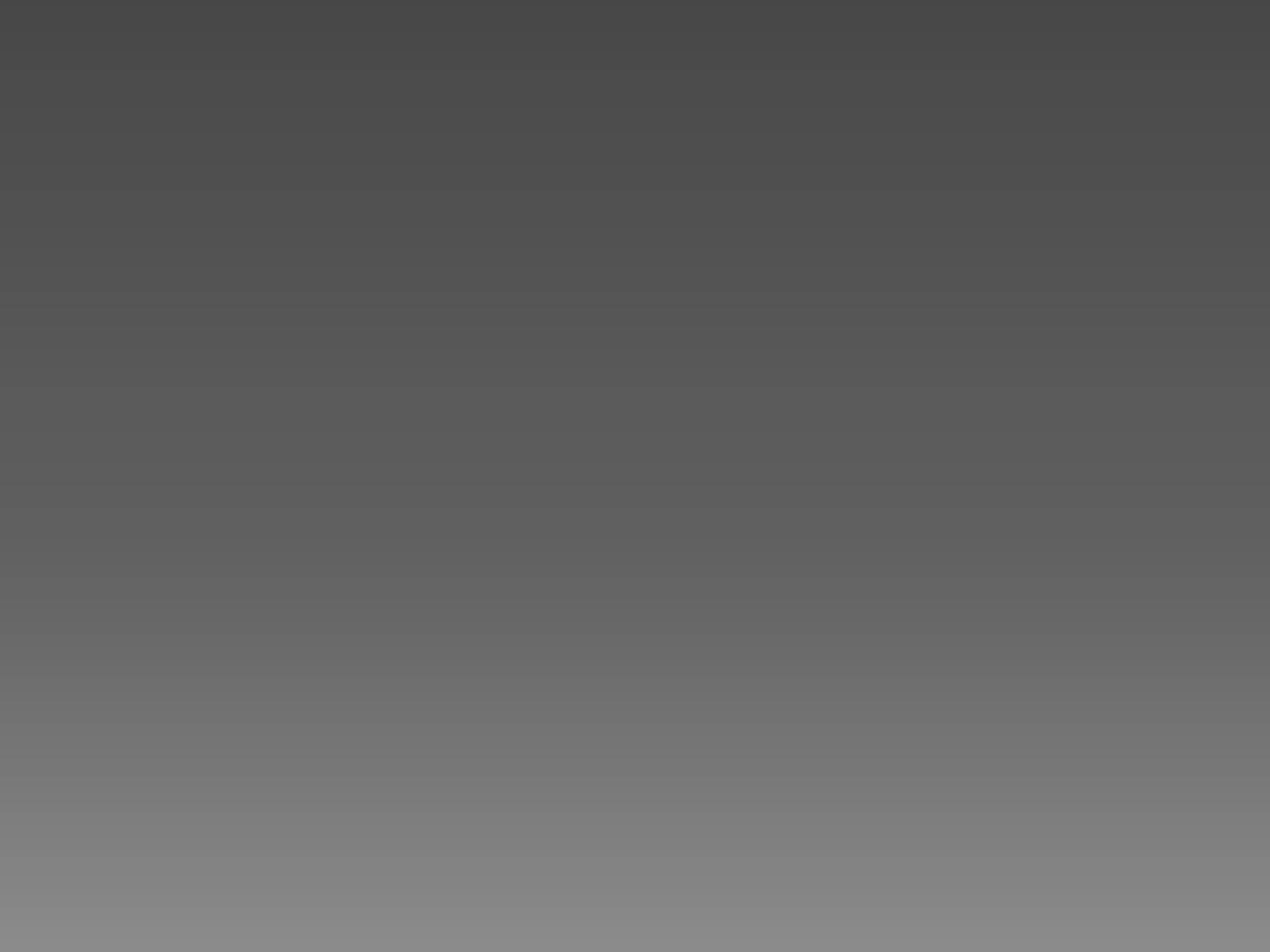