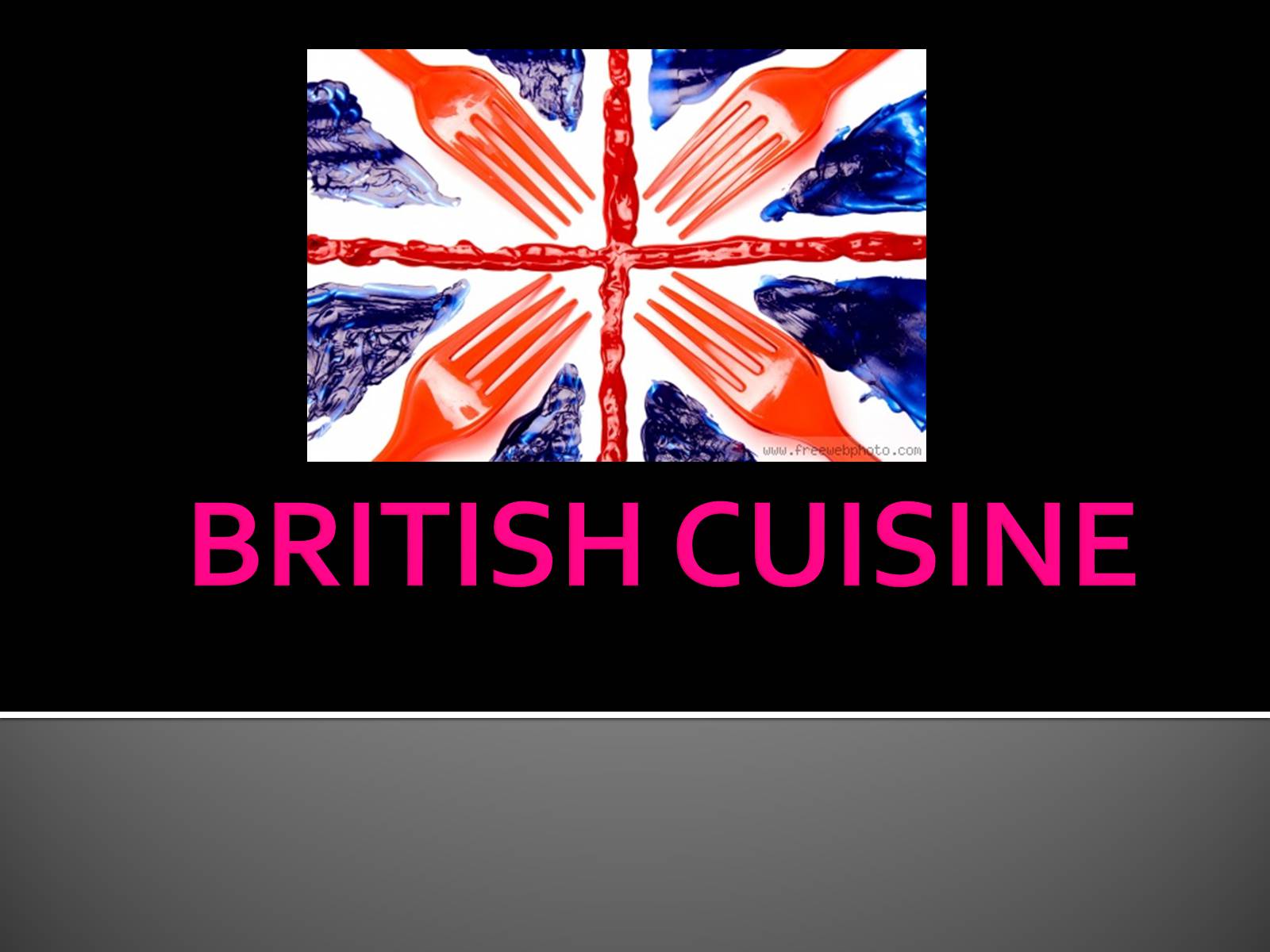 What is British cuisine
British cuisine is the specific set of cooking traditions and practices associated with the United Kingdom. British cuisine has been described as "unfussy dishes made with quality local ingredients, matched with simple sauces to accentuate flavour, rather than disguise it."However, British cuisine has absorbed the cultural influence of those that have settled in Britain, producing hybrid dishes. 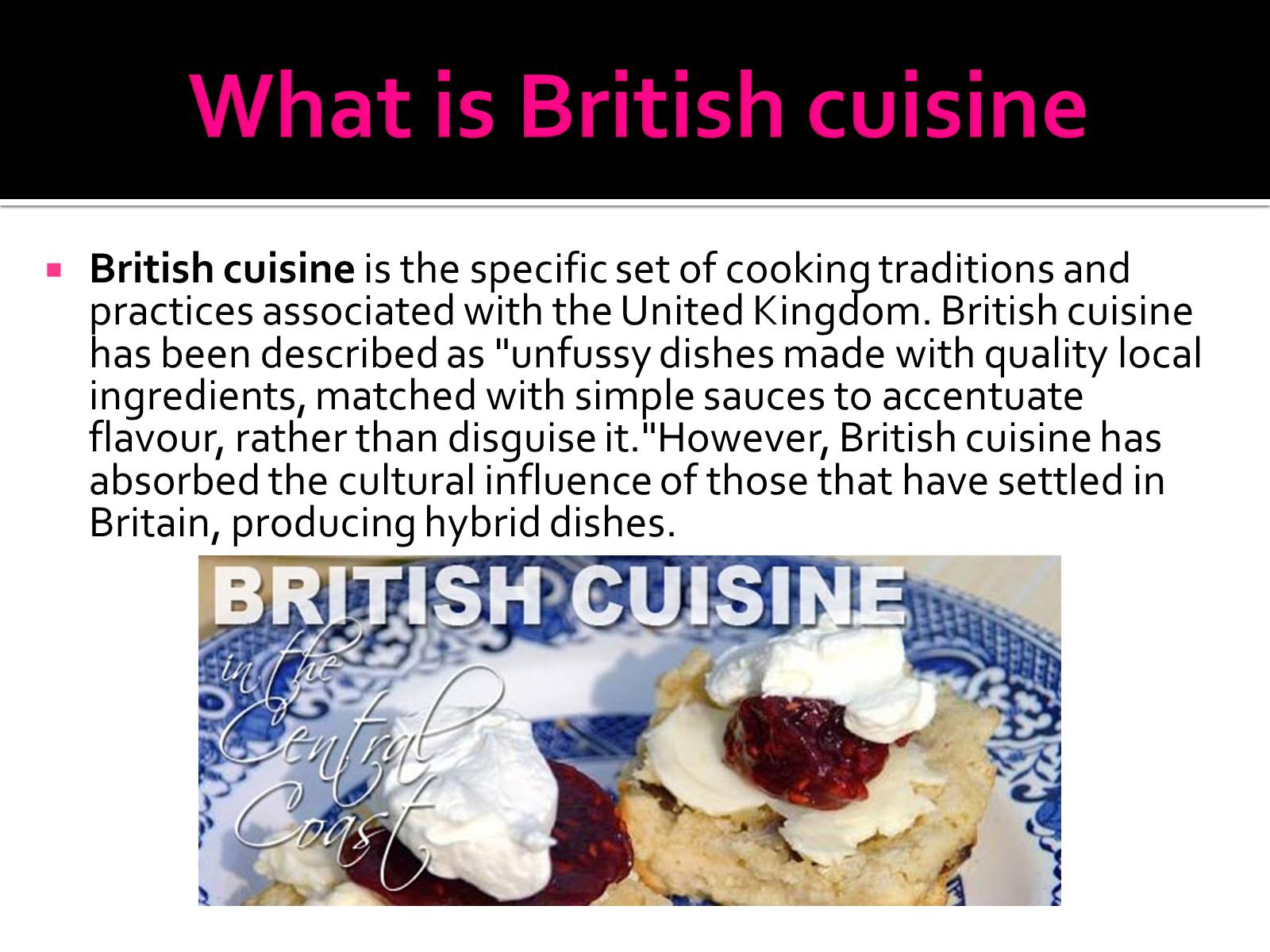 What does it include 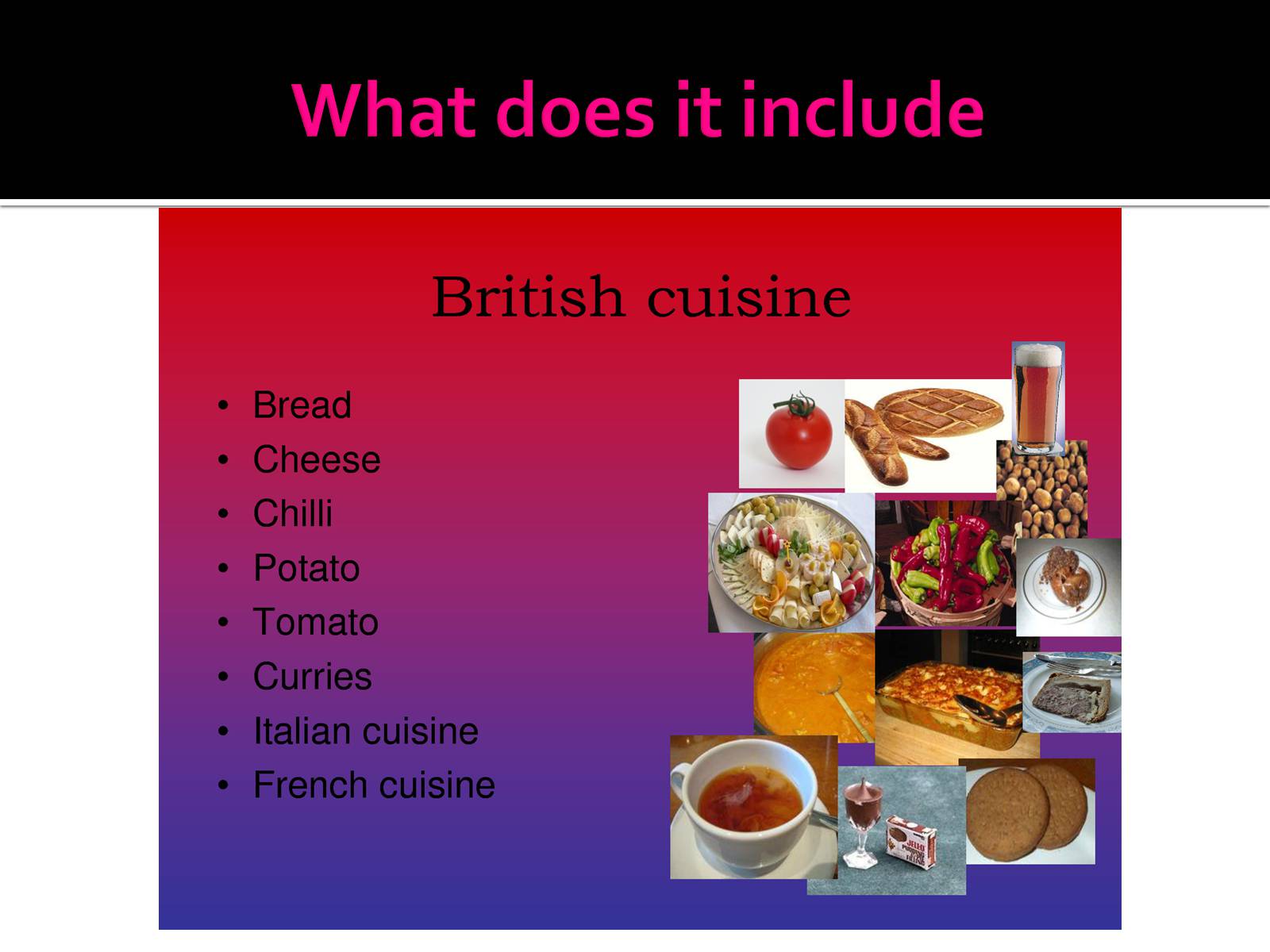 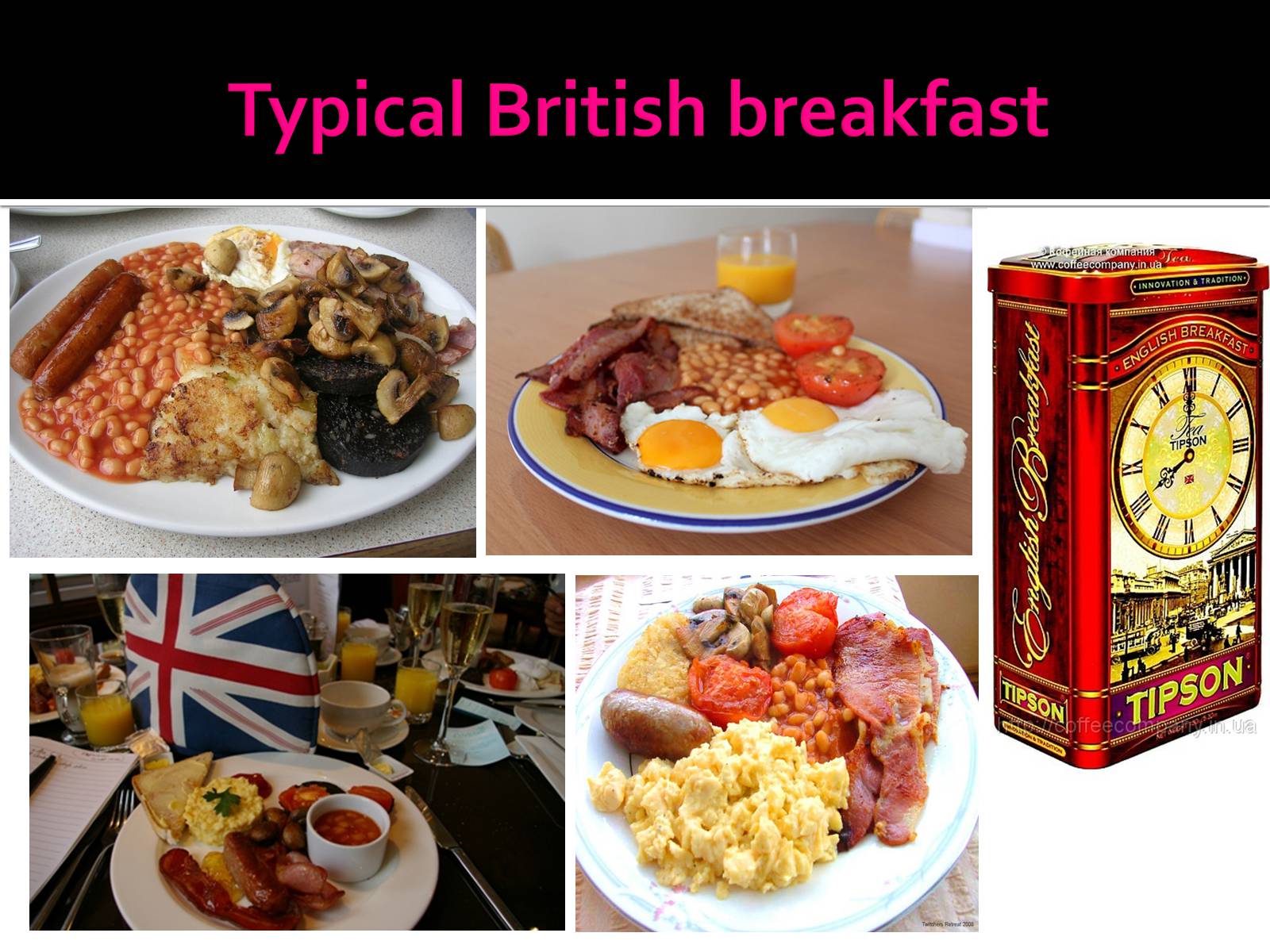 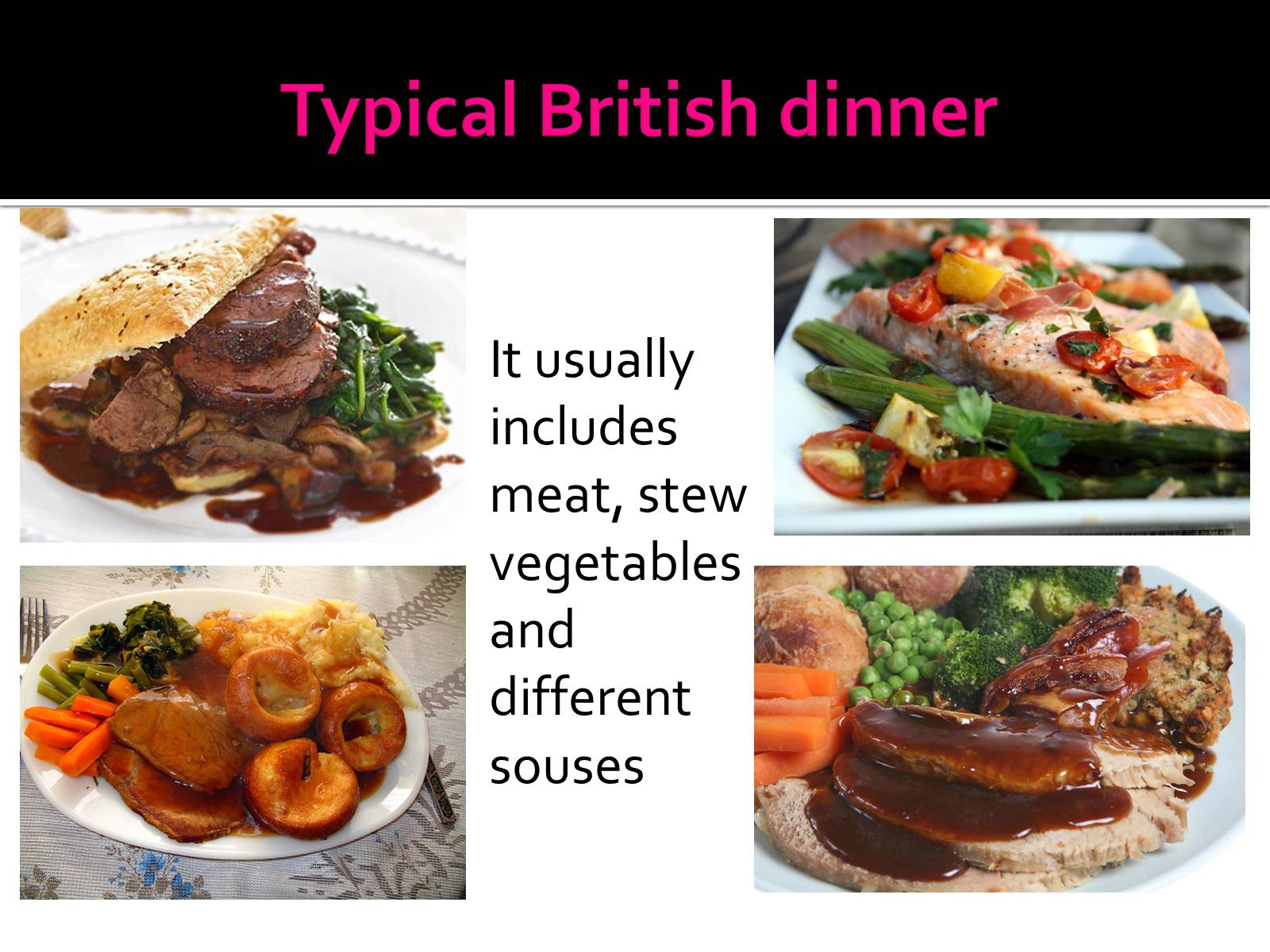 Typical British supper
It is big and can be various. On the table you can see fish pie as well as fried potato with chiken and vegetable salad. 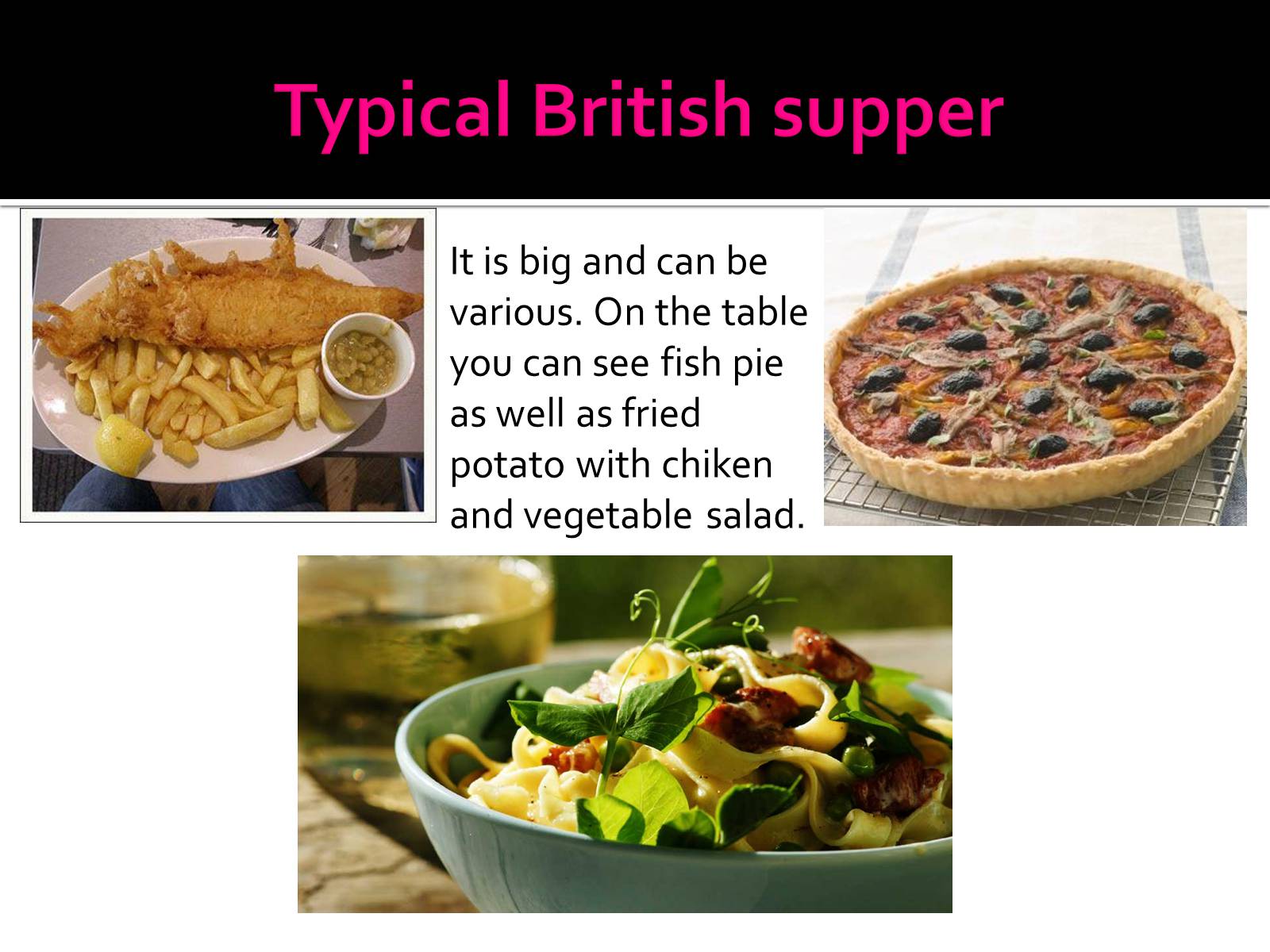 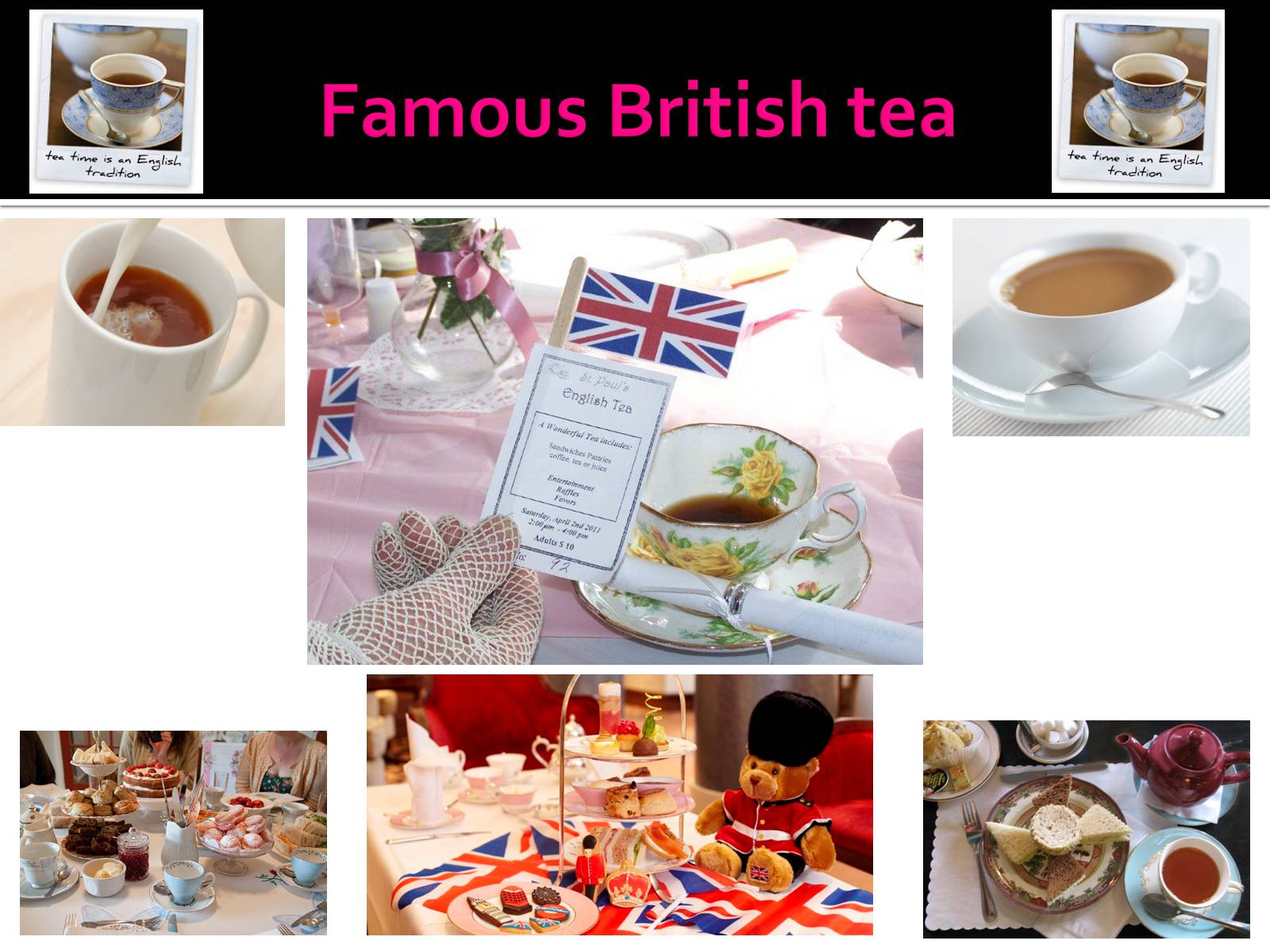