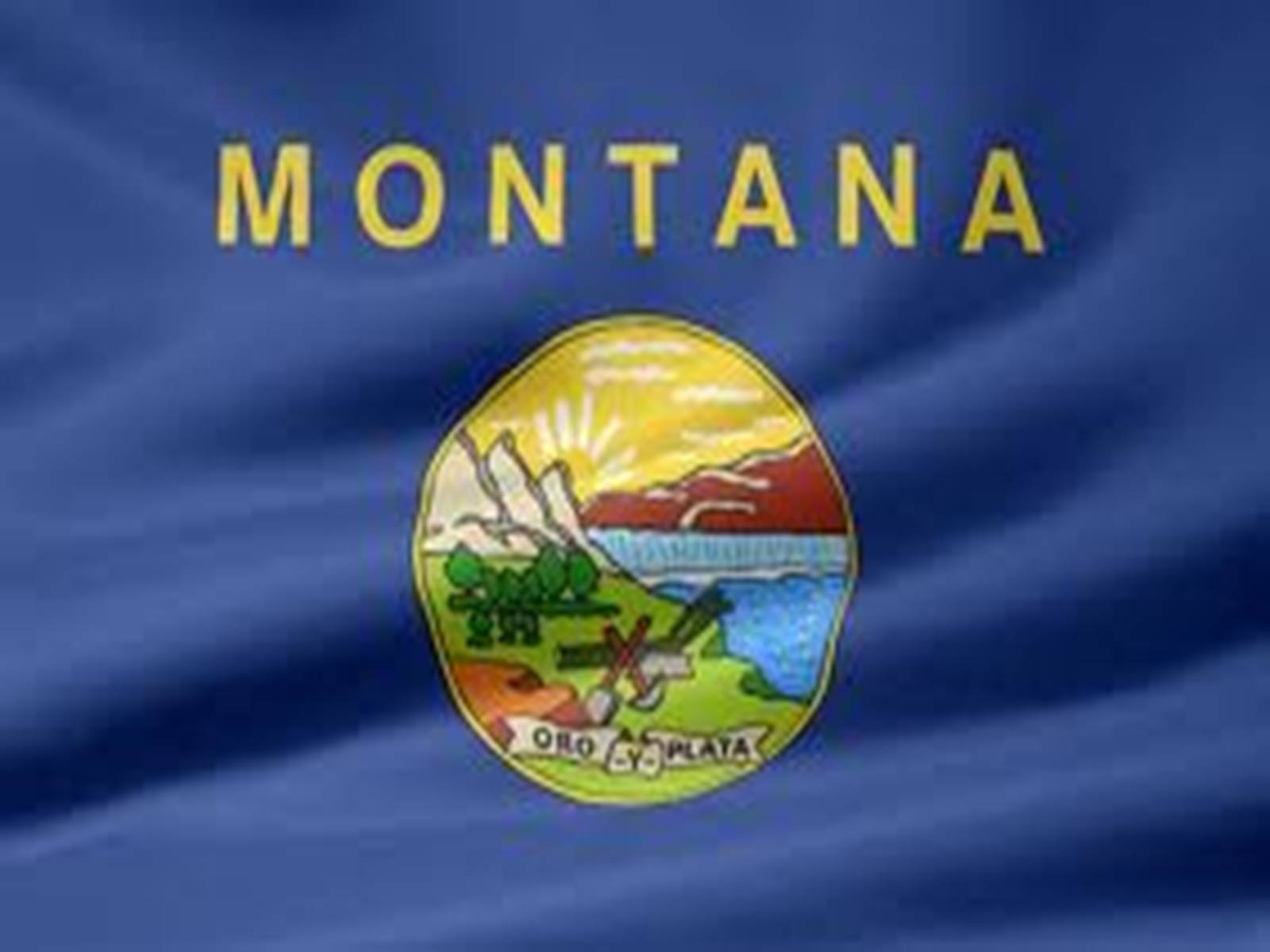 The name of Montana state
It is not surprising that the name of the state comes from the Spanish word Montana, which means "mountain” 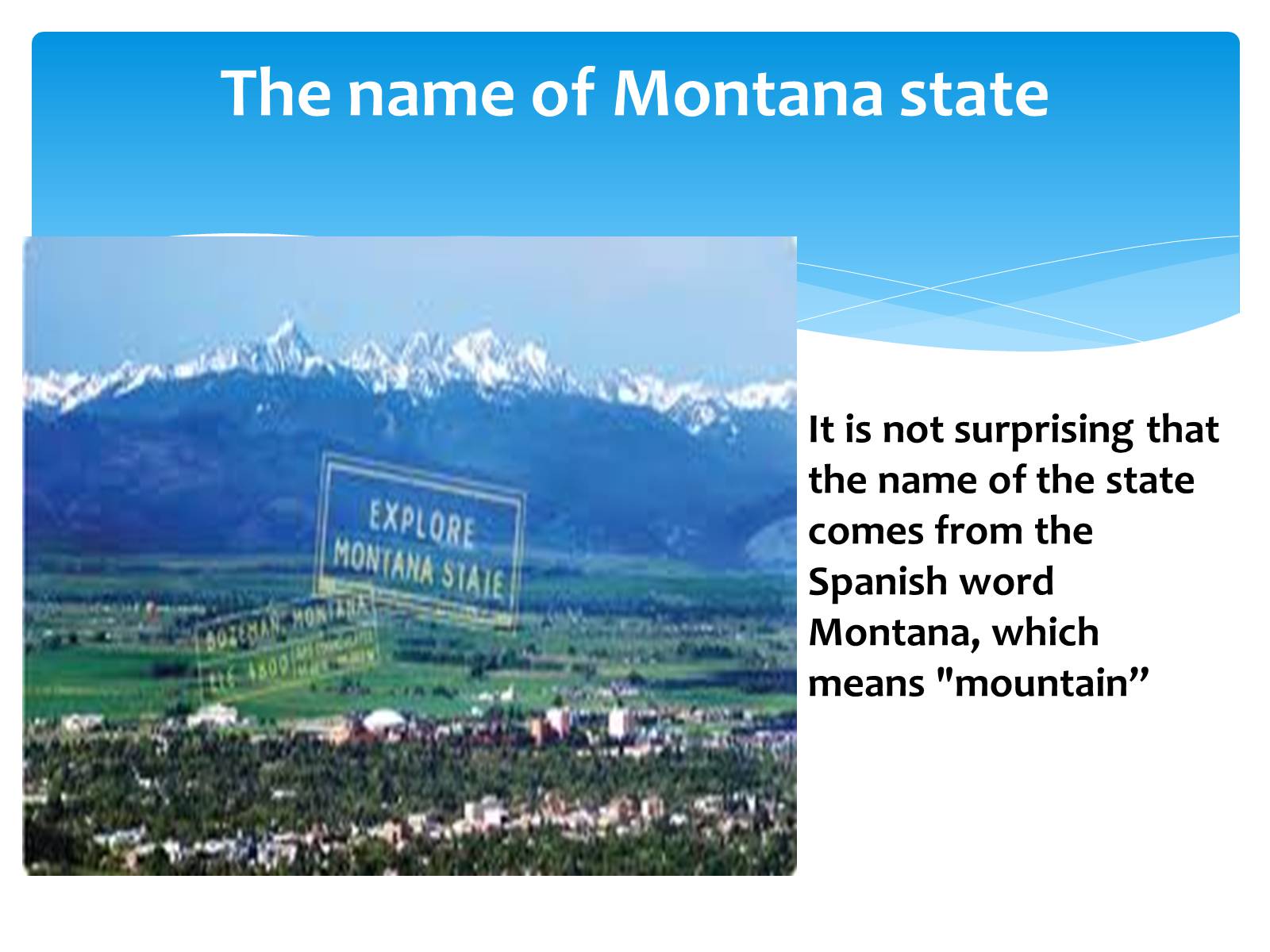 The symbols of Montana state 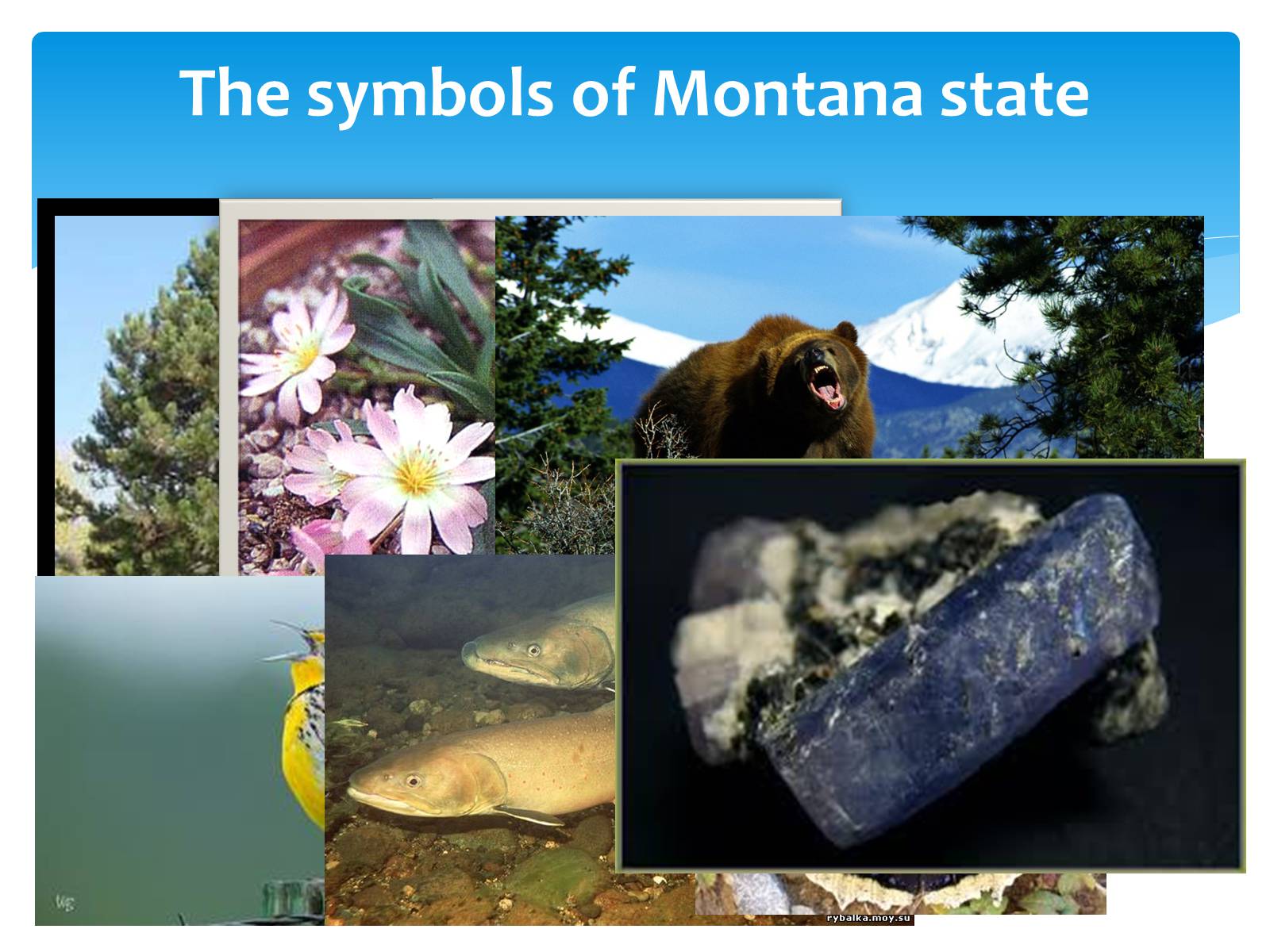 History
During the thousands years in Montana have been living Indians . Not far from the city of Billings , in the so -called " Cave of the petroglyphs " , archeologists have found numerous rock paintings , tools , jewelry, household items and other artifacts of indigenous people of Montana. The U.S. government has assigned the " Cave of the petroglyphs " status " National Historical Landmark ." 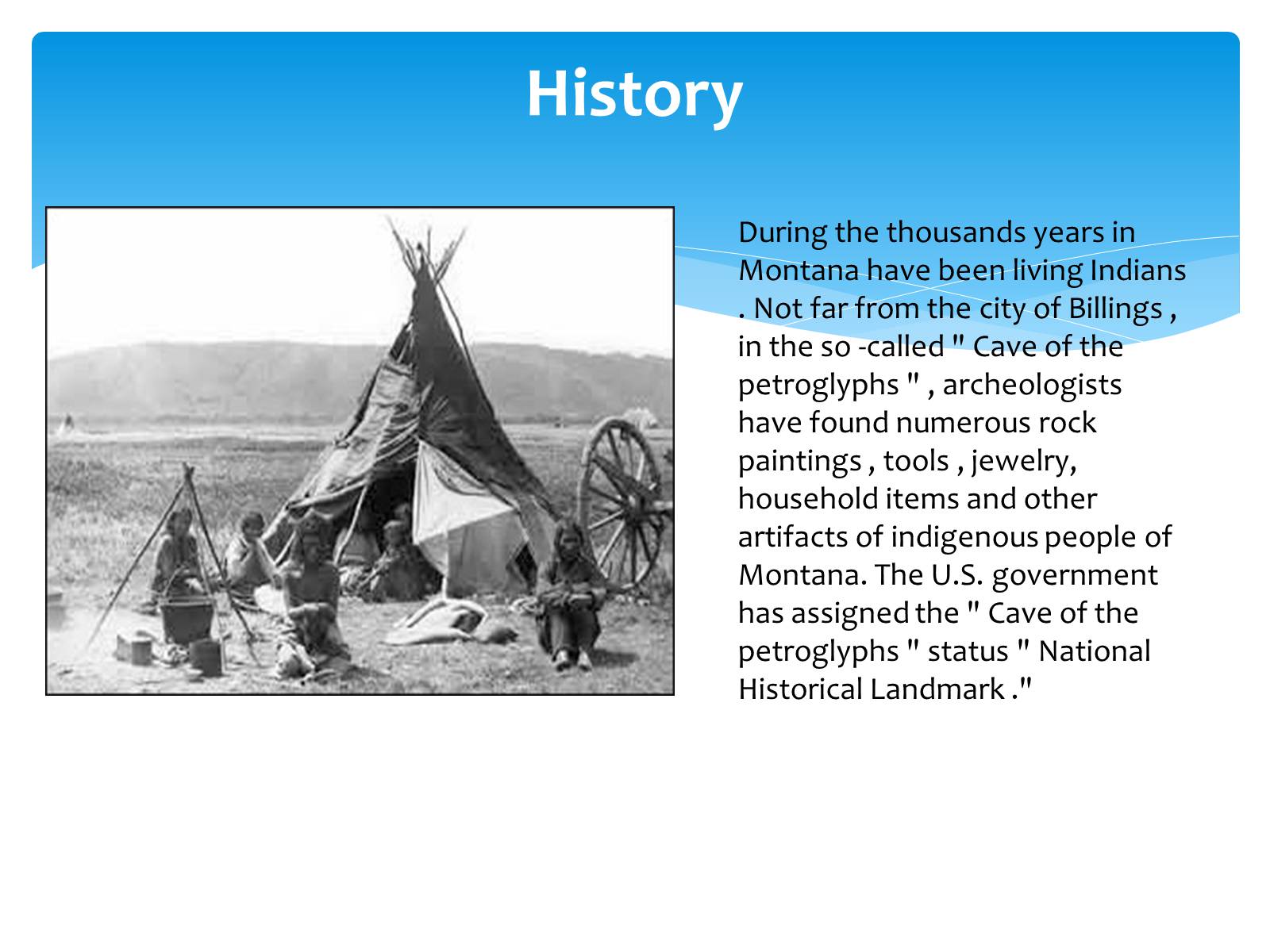 The first explorers of Montana became Merriweather Lewis and William Clark, who headed in 1804 - 1806 years an expedition which was organized by the third U.S. President Thomas Jefferson . The task of the expedition was exploring the new lands , and they coped with it brilliantly reaching the coast of the Pacific Ocean and making the first map of the North -West of the United States. 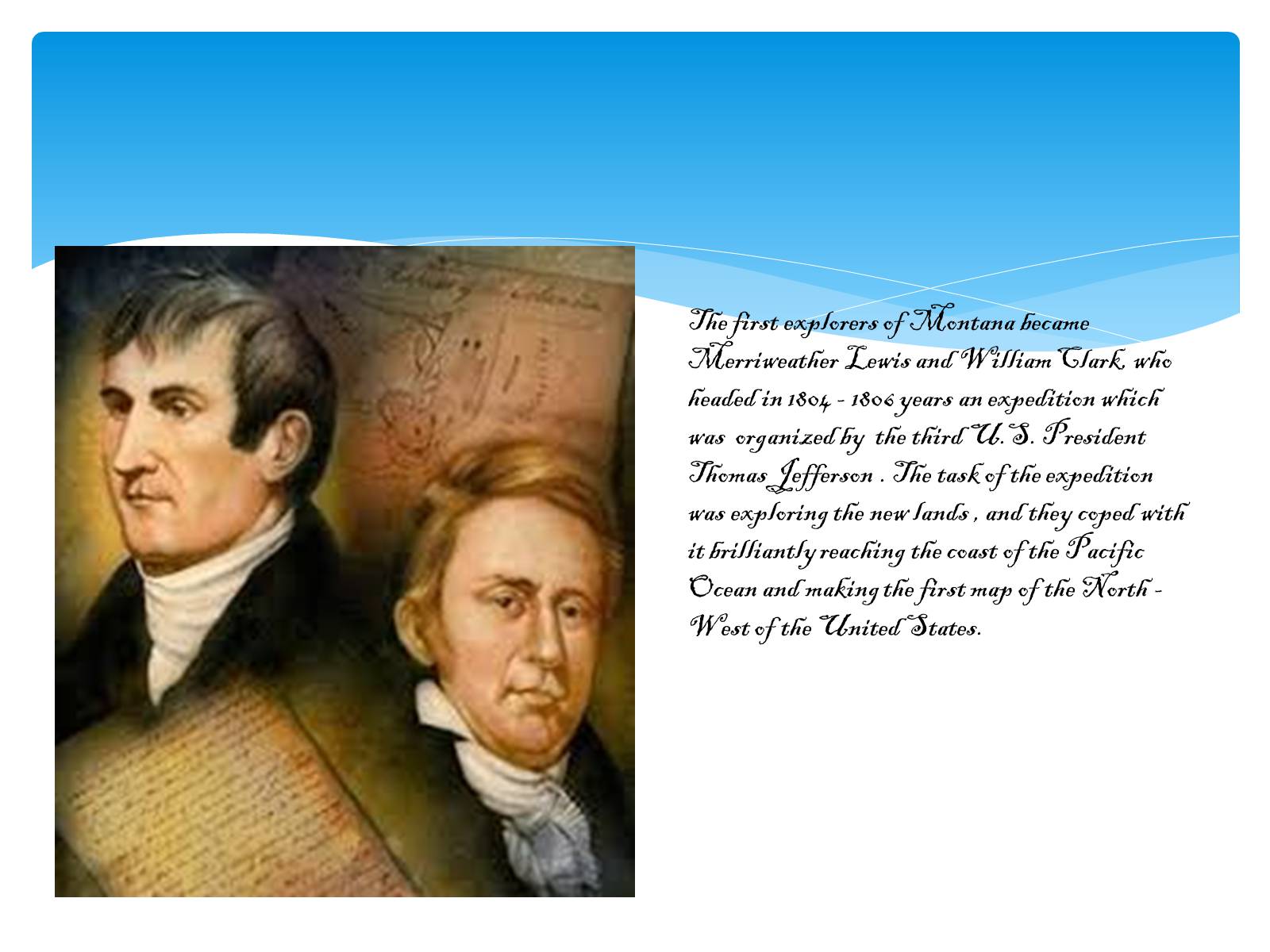 On the way back , in July 1806 , William Clark left his autograph on a huge boulder in Montana , known today as the " Rock of Pompey ." Now , " Pompey Rock " - one of the Montana National Historical Landmark . 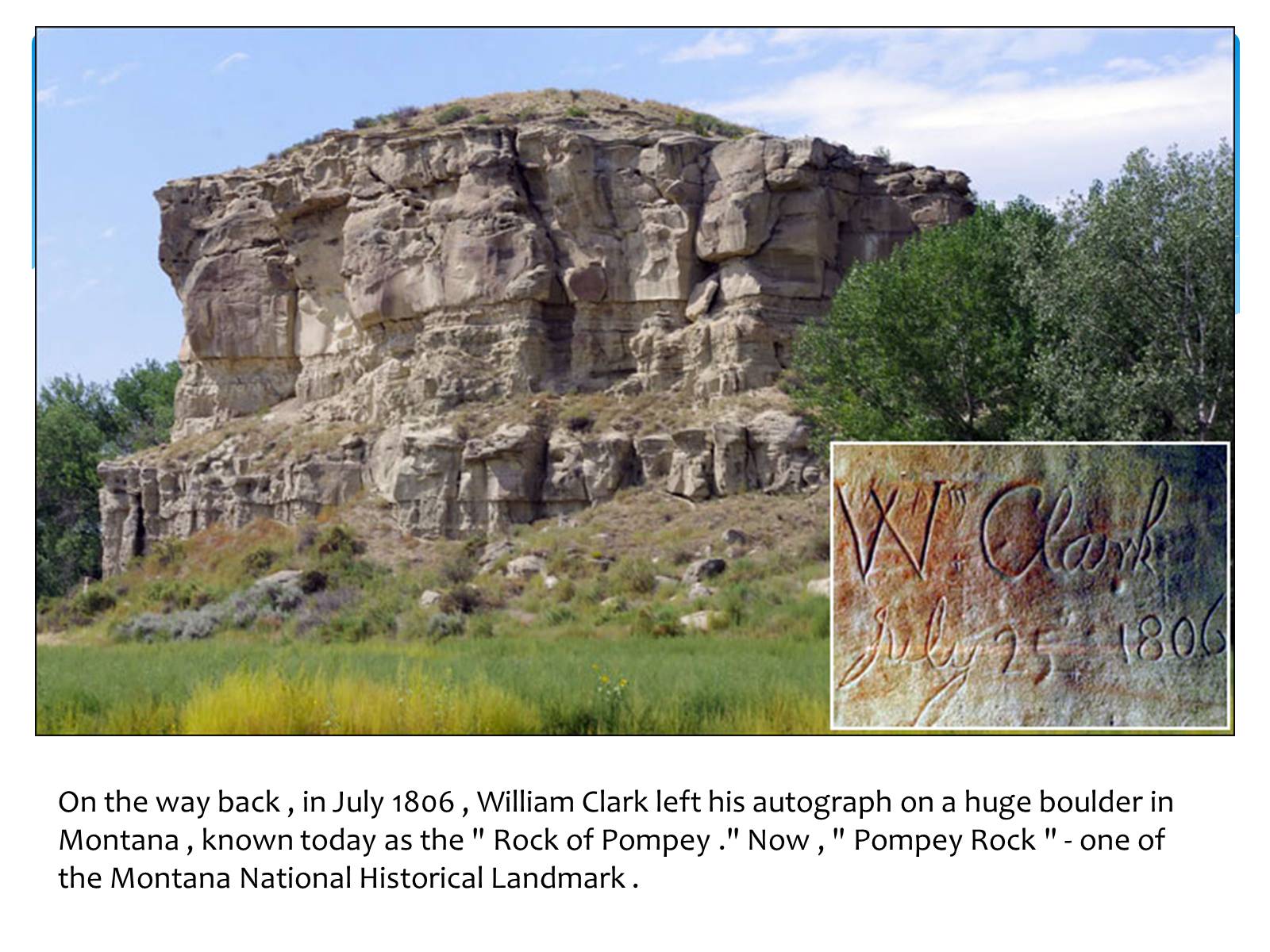 In the early sixties of the XIX century in the mountains of Montana gold was discovered . As previously in California and Colorado to Montana came a lot of gold miners . Among them was John Bozeman , who scout the way from the " Oregon Trail" in Wyoming to the western regions of Montana. This route is called "The Road Bozeman ." In honor of John Bozeman was also named the city in Montana. 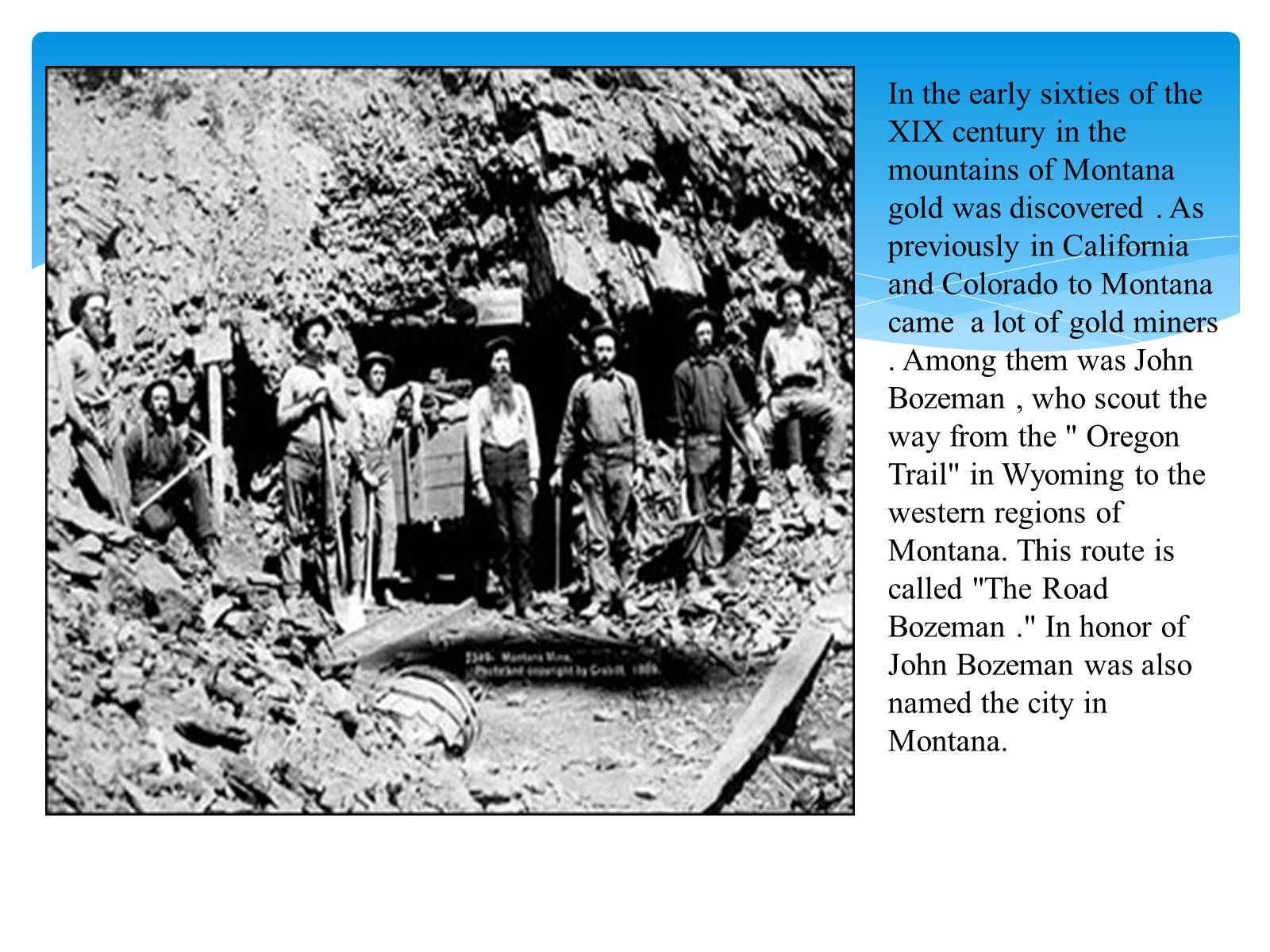 With constantly and rapidly increasing population of Montana the relationships with the Indians and white settlers were very strained. Recovering after the Civil War in 1876-1877 , the U.S. Army launched its offensive against the Indian tribes , known as the "Great Sioux War . 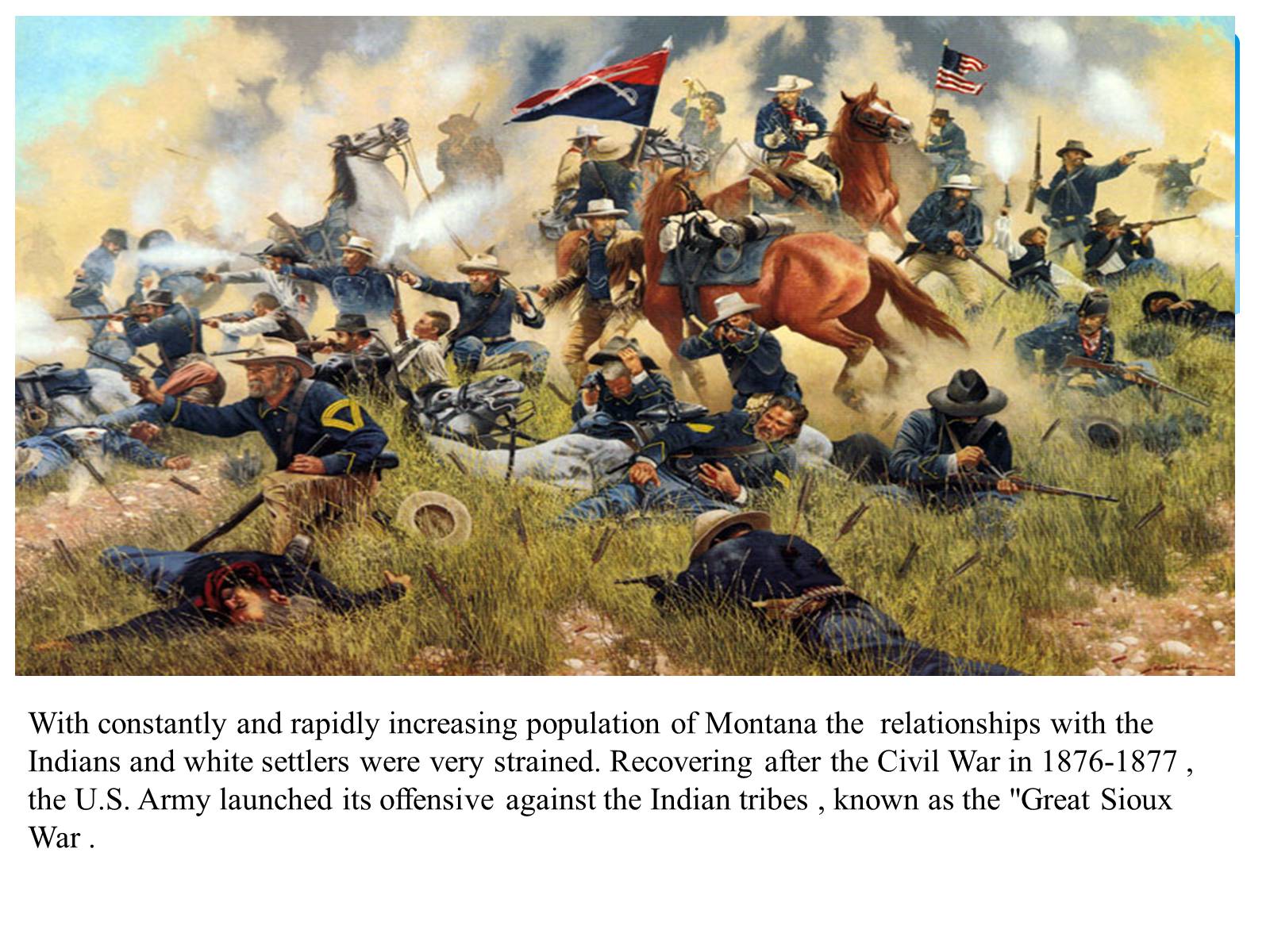 In the late XIX - early XX century, Montana 's economy has developed rapidly , due to the construction of railways in the state in the eighties of the XIX century. The main source of wealth of Montana in recent decades has become copper. Butte City was called " the richest hill on earth ," and next to it a copper mine " Anaconda " was the largest in the world. 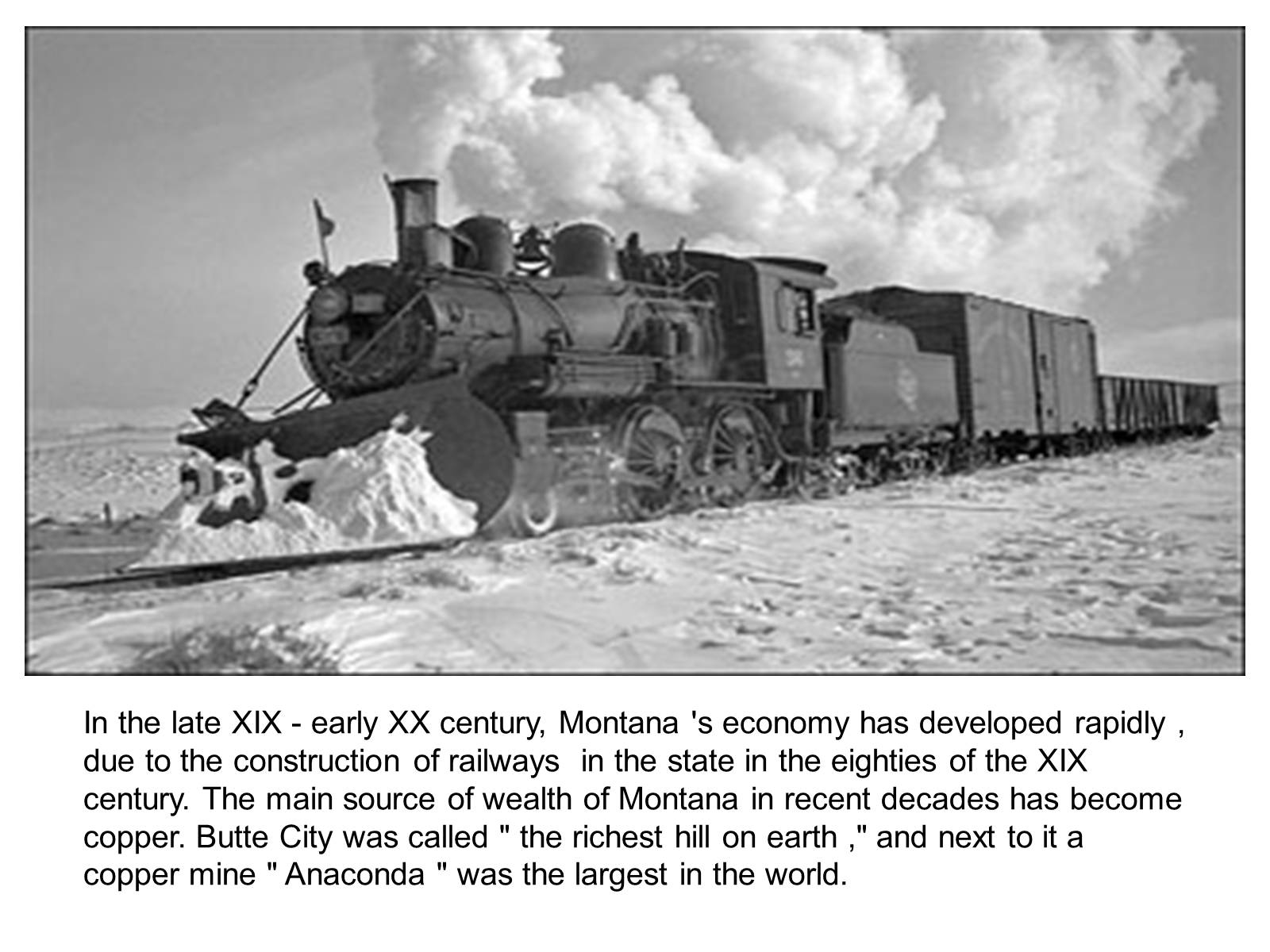 The history of the state includes financial and political " wars ", which were aspiring to monopoly control over the industry " copper kings" , the most famous among them was William Clark , Marcus Daly and Fritz Heinze . William Clark became notorious when he attempt to become a U.S. senator with bribing state lawmakers . Mark Twain wrote: "...he is a shame of the American nation ... " 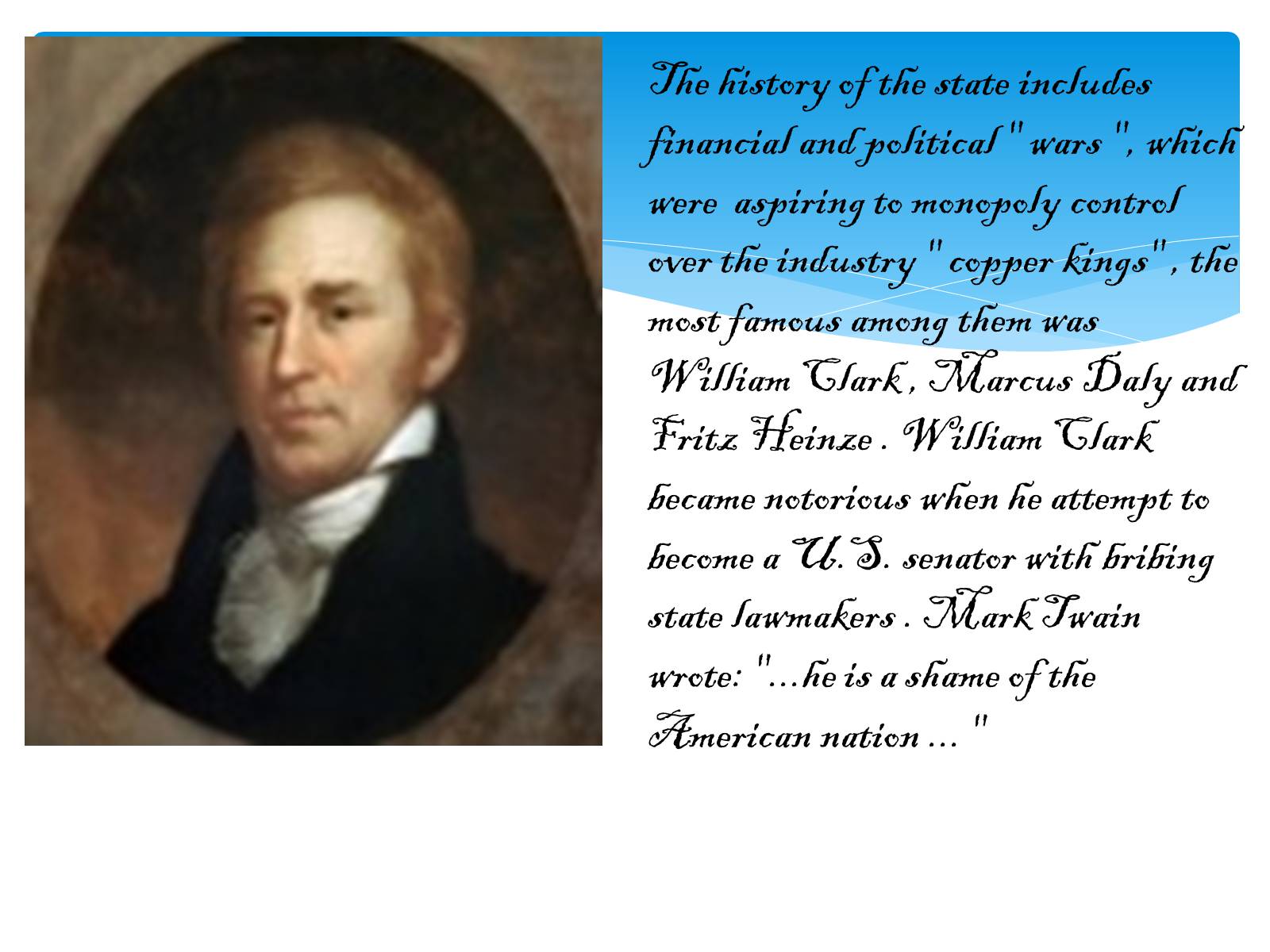 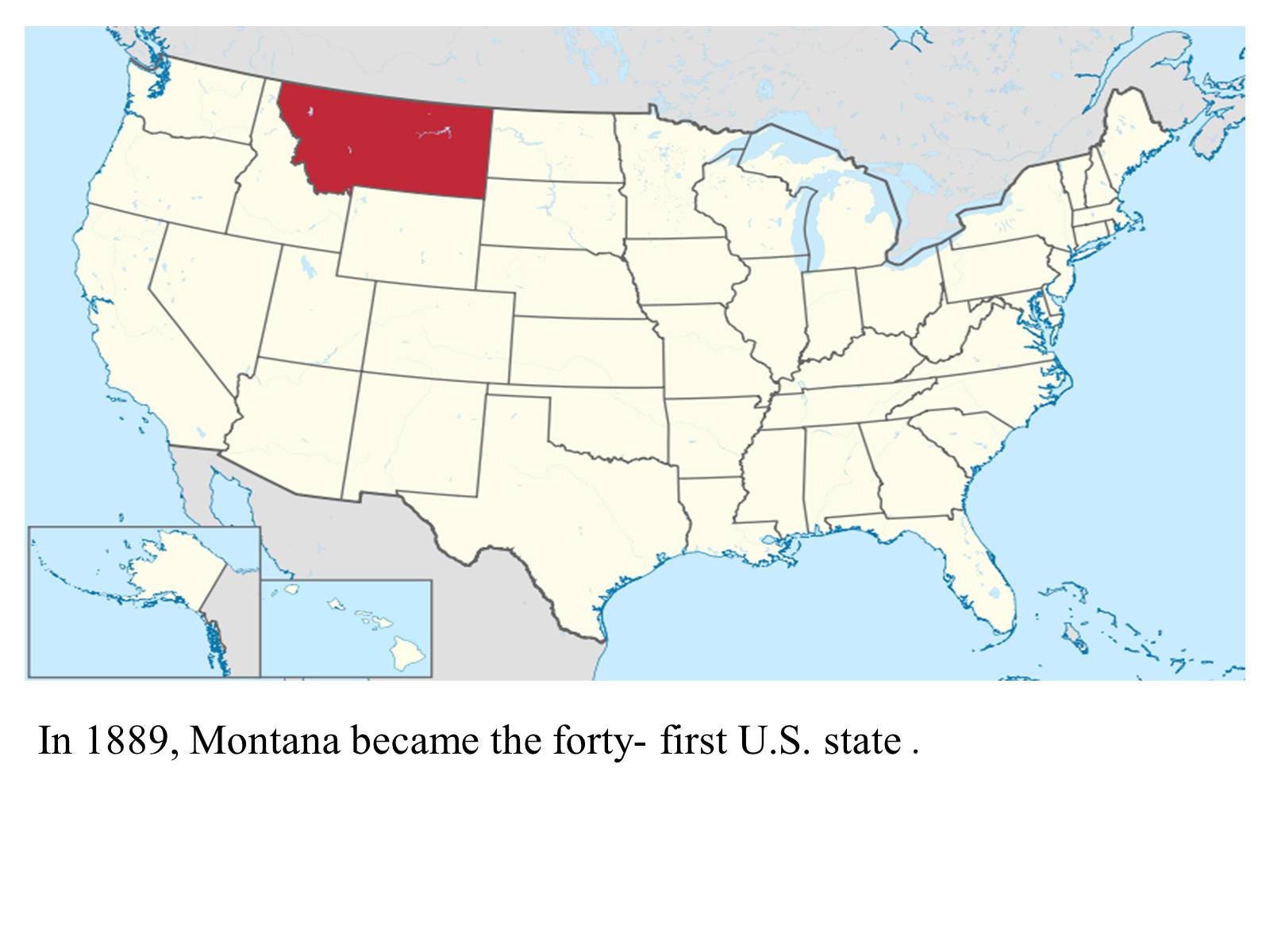 During the Great Depression in Montana have been several major water projects, in the state appeared new lands, which were suitable for agriculture. During the Second World War greatly increased the demand of copper, in the fifties of the last century in Montana began to produce oil, in the seventies in the United States increased coal consumption. In addition to mining, the former is undoubtedly the leading industry of Montana , in the state the agriculture was actively developed . 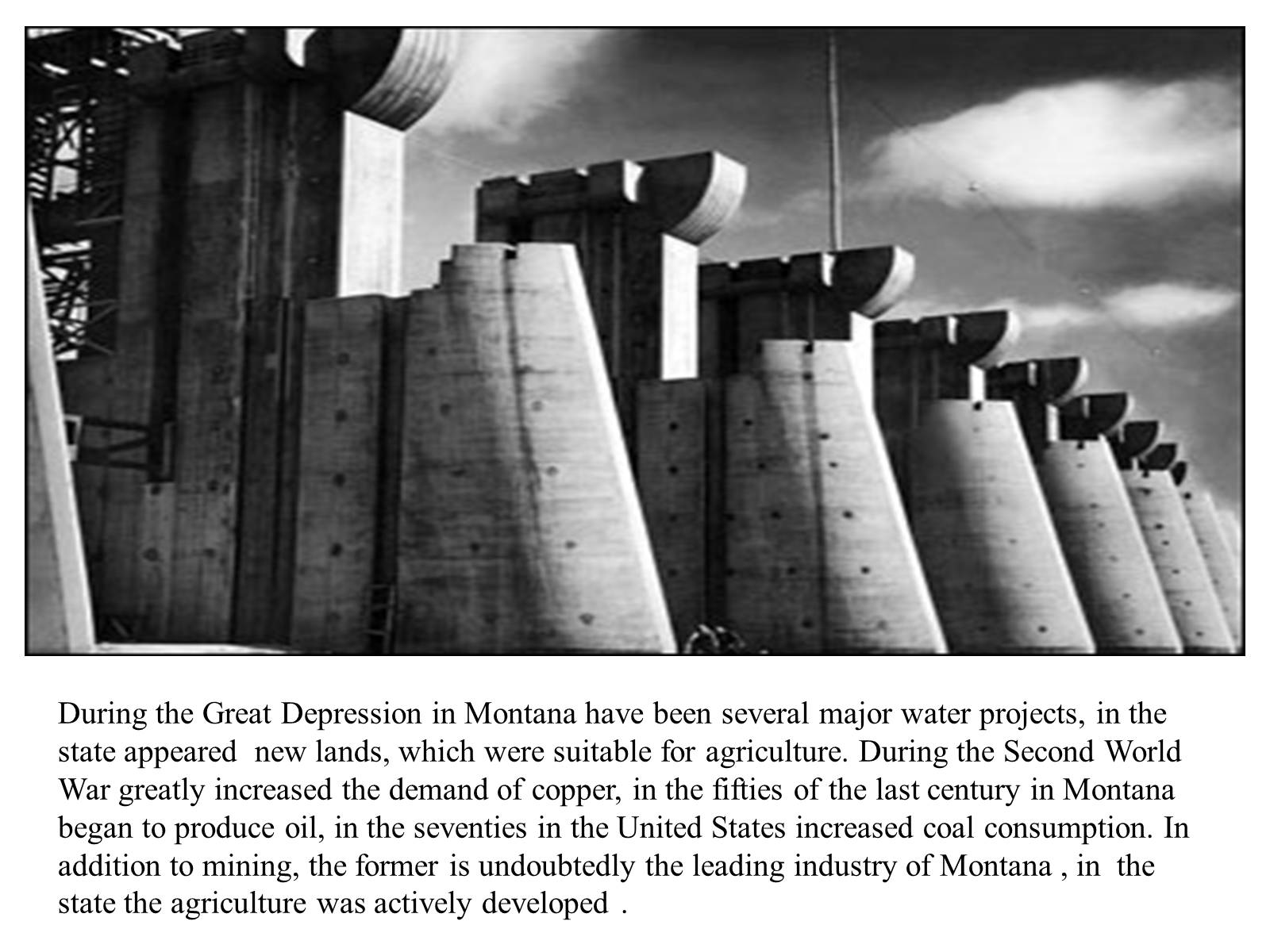 The importance of tourism is growing: famous for its picturesque nature Montana is visited by millions of tourists in the year. 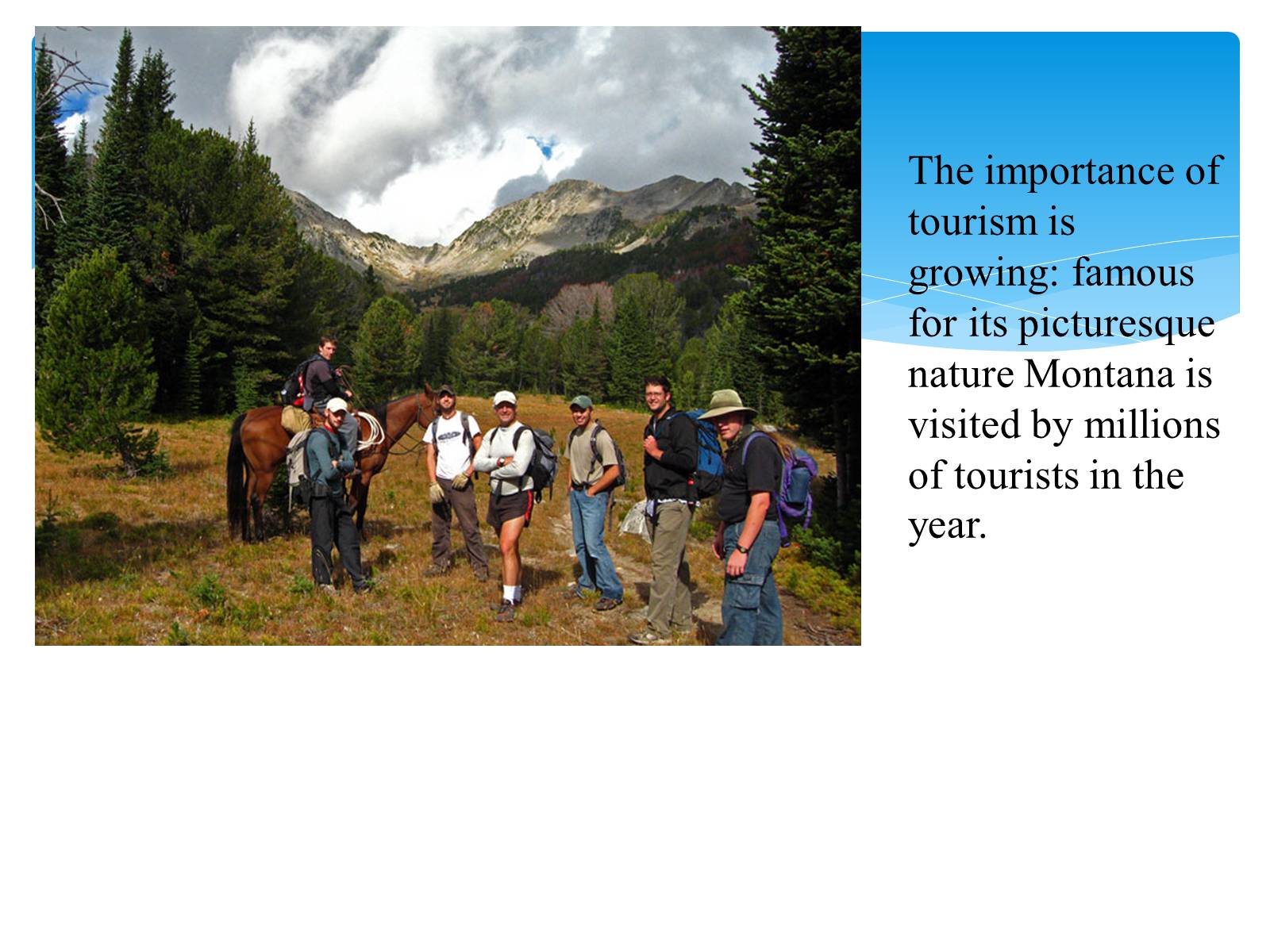