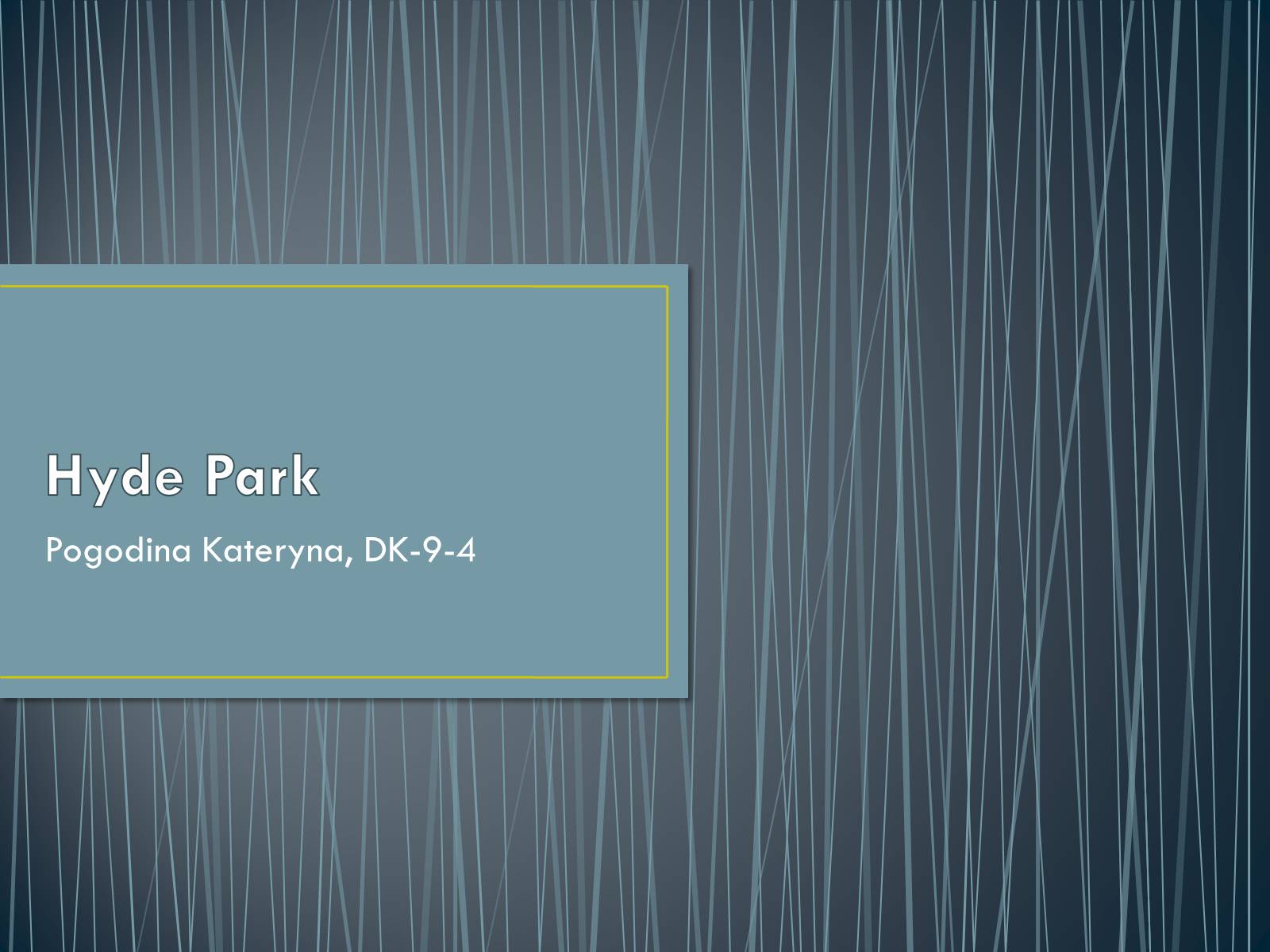 Hyde Park is one of the largest parks in west London, and one of the Royal Parks of London, famous for its Speakers' Corner. 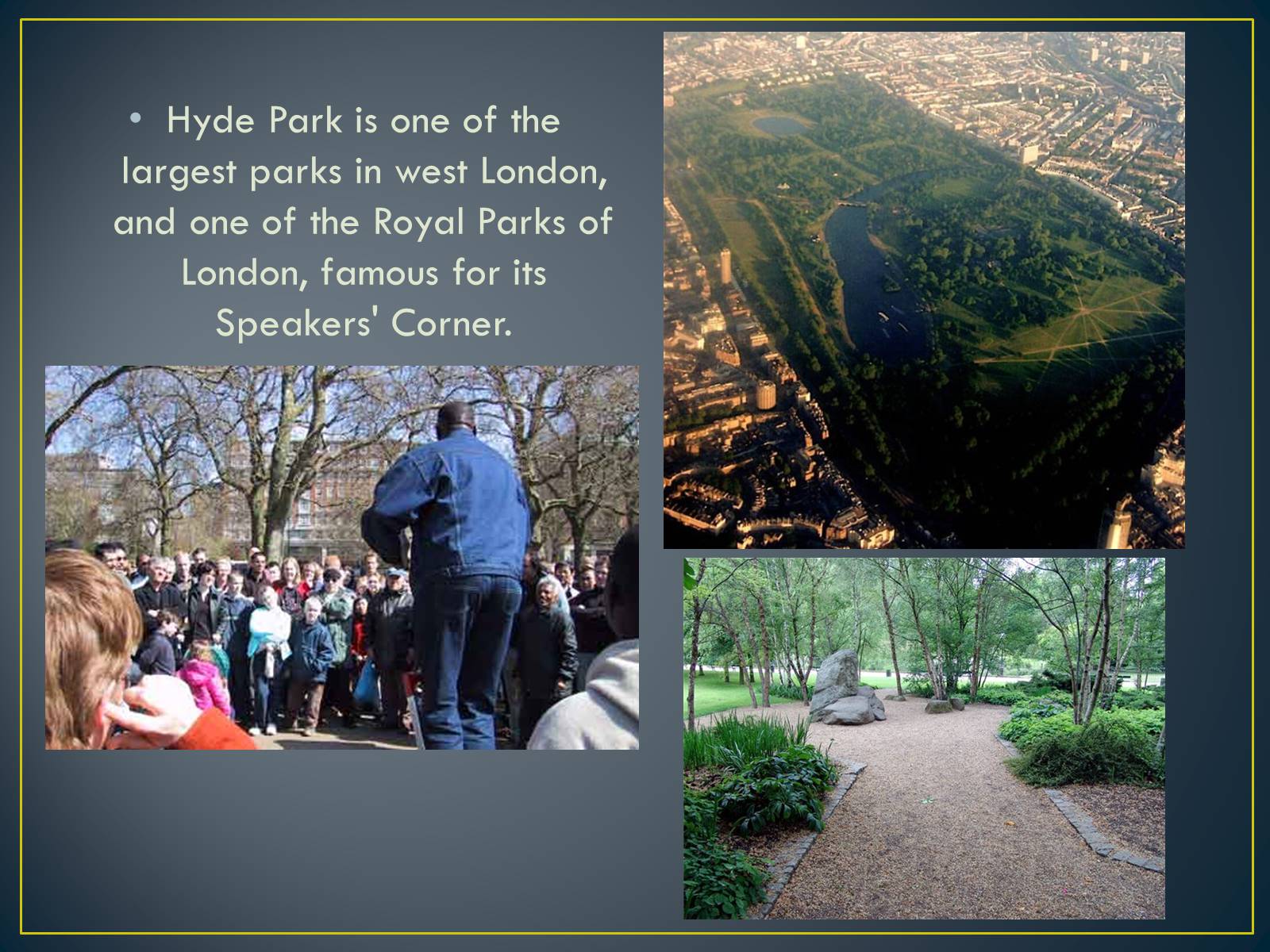 The park was the site of the Great Exhibition of 1851, for which the Crystal Palace was designed by Joseph Paxton. 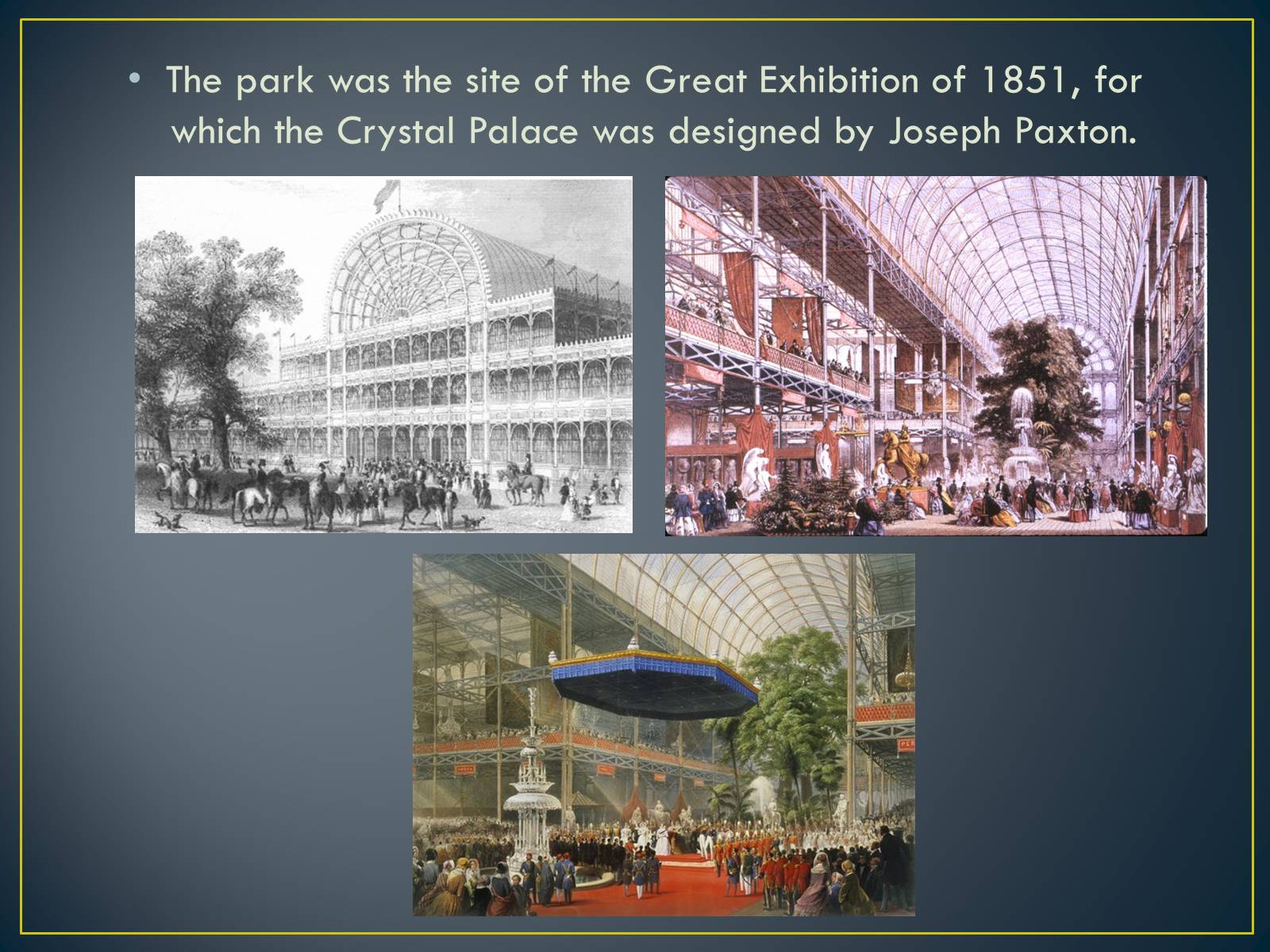 The park has become a traditional location for mass demonstrations. The Chartists, the Reform League, the Suffragettes and the Stop The War Coalition have all held protests in the park. Many protesters on the Liberty and Livelihood March in 2002 started their march from Hyde Park. 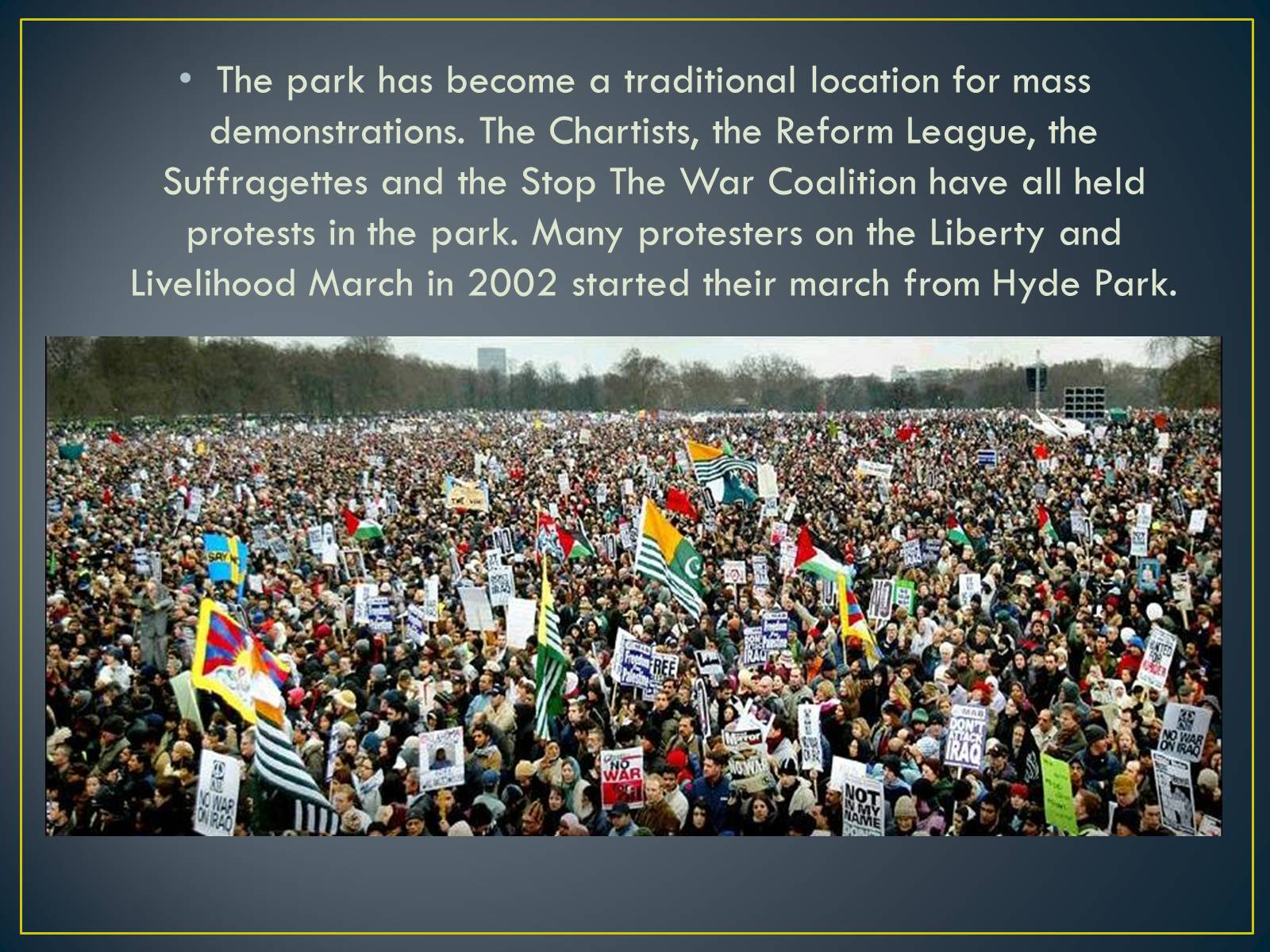 The park is divided in two by the Serpentine and the Long Water. The park is contiguous with Kensington Gardens. Hyde Park covers 142 hectares. 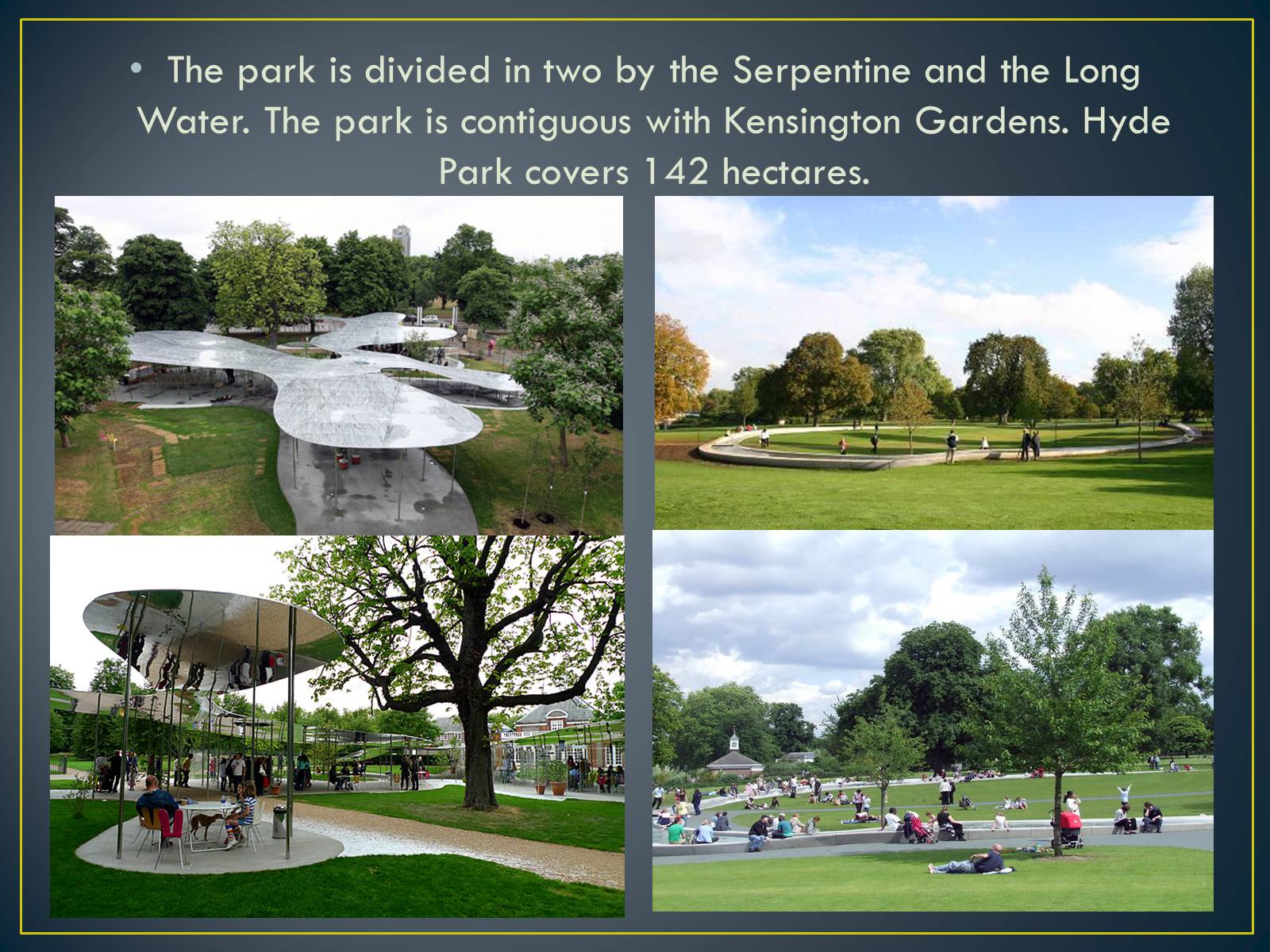 The Grand Entrance to the park, also known as Queen Elizabeth Gate, at Hyde Park Corner next to Apsley House, was erected from the designs of Decimus Burton in 1824–25. 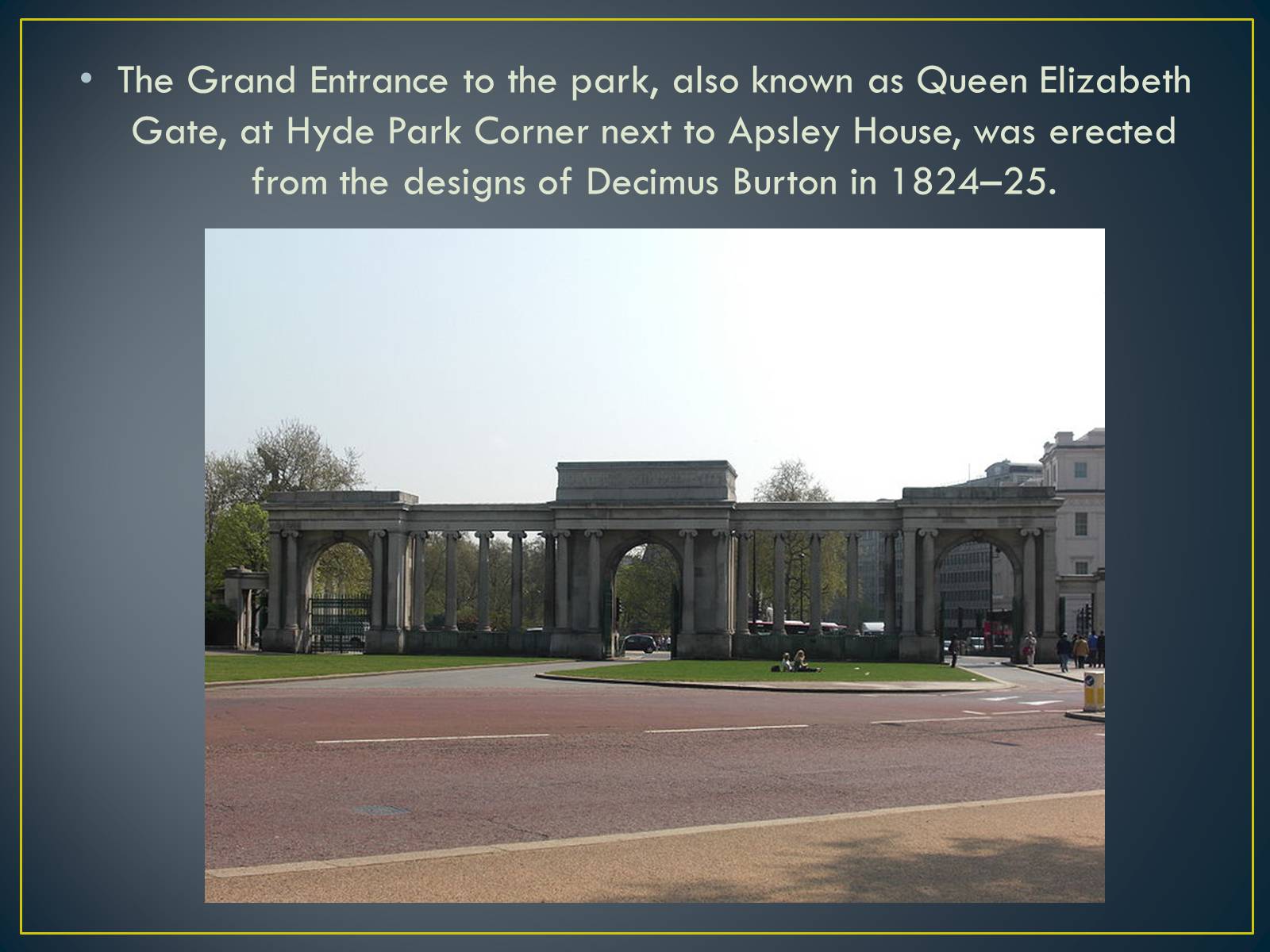 Sites of interest in the park include Speakers' Corner, Diana, Princess of Wales memorial fountain, another memorial in the park commemorates the victims of 7/7 terrorist attacks.
A botanical curiosity is the Weeping Beech, Fagus sylvatica pendula, cherished as "the upside-down tree“. 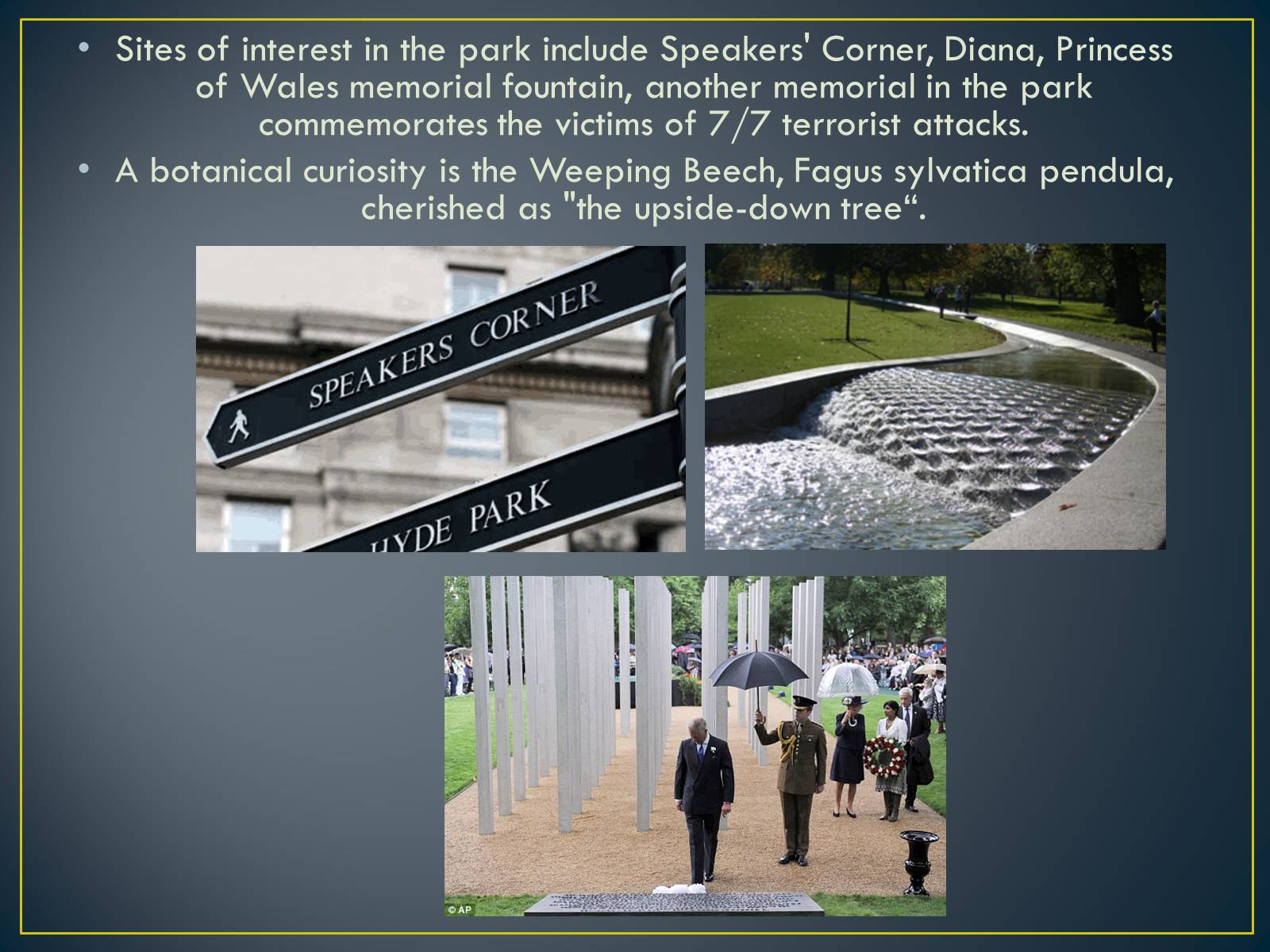 Hyde Park has been the venue for some famous rock concerts. Queen played here in one of their most popular shows, in 1976. It is estimated that 150–200 thousand people turned up for the event. However, the record concert attendance is probably for the 1969 concert by the Rolling Stones. According to much of the press, the crowd then was estimated between 250,000 and 500,000. 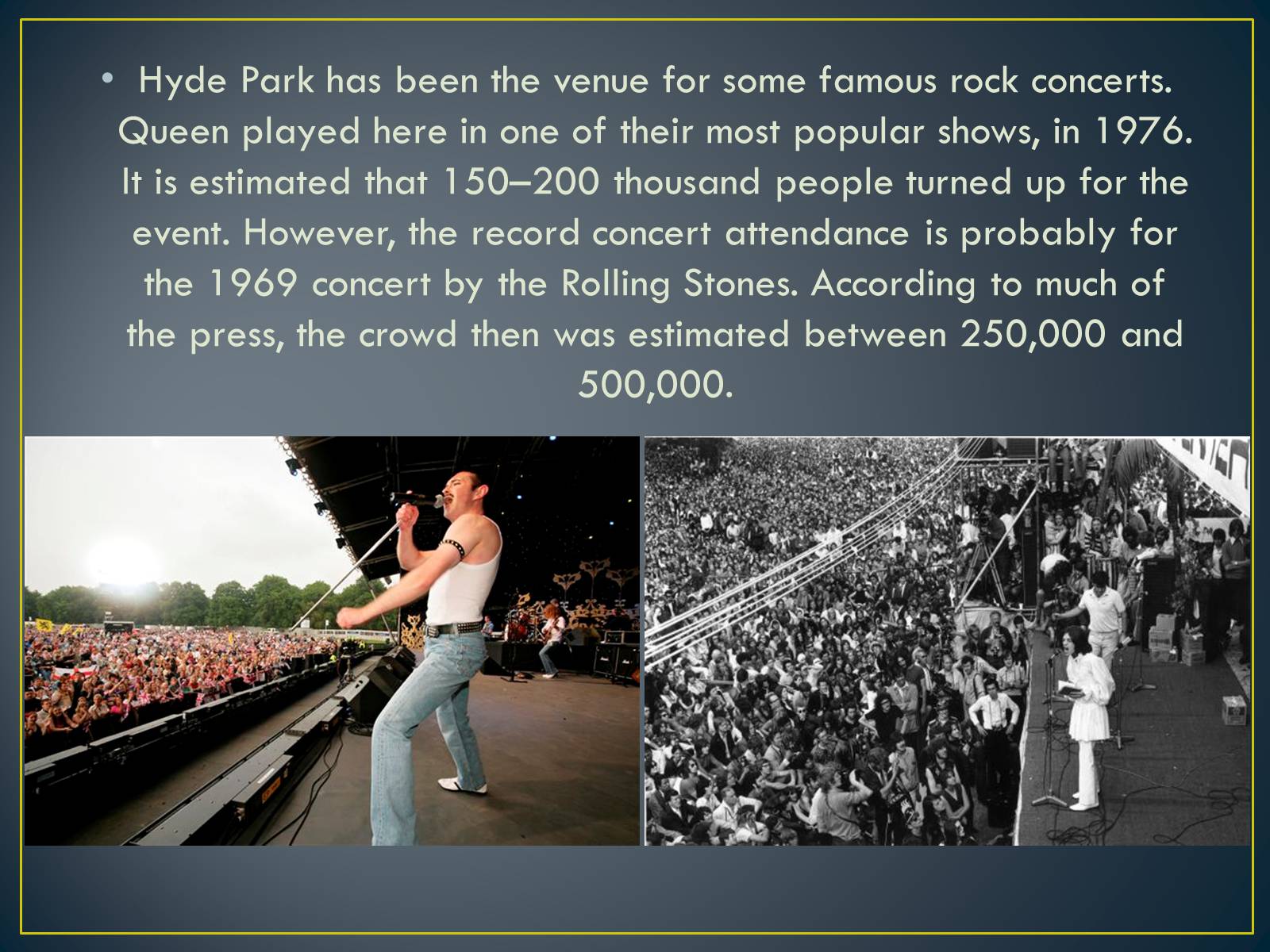 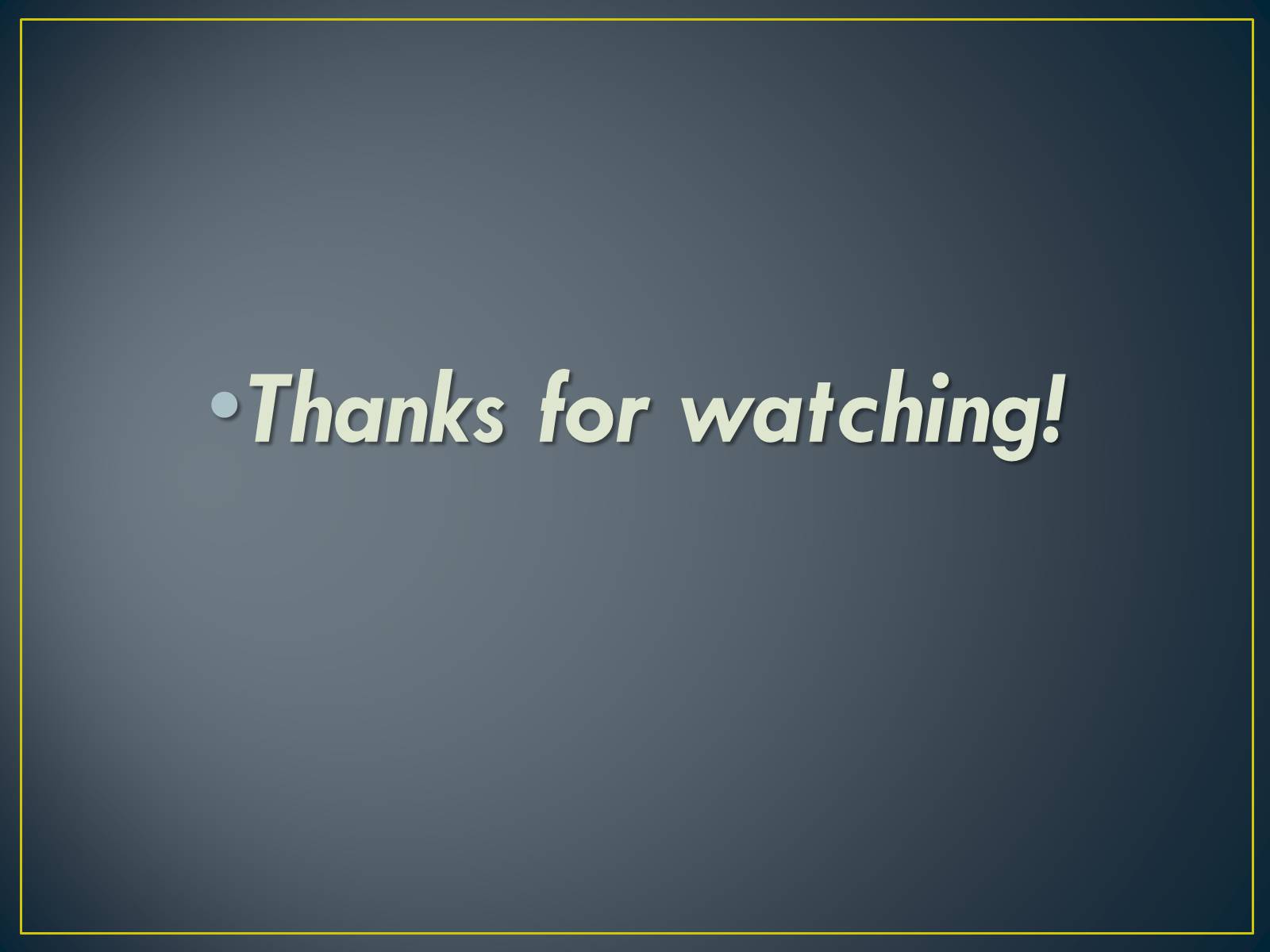